One dealer said about 90,000 would be average for a 6-year-old vehicle, so the lower mileage on my vehicle was attractive.One dealer offered $4,500 and another $6,800 in summer 2010.And now 11 years later, what's that Pacifica worth as we're hearing about a surge in 2021 on prices for older cars? Prices on used vehicles rose so sharply in June that roughly one-third of the seasonally adjusted inflation surge in June was blamed on rising prices for used cars.The prices of used cars and trucks rose 45% over the past year, according to the U.S. Bureau of Labor Statistics.So, it's getting harder for car buyers to find a bargain. In some cases, popular vehicles are selling for a higher price used than they did just a year ago when new.A 2020 Ford F-250 Super Duty truck sold for $60,785 last year. A 2020 Subaru Crosstrek sold for $26,804 new but the used car crunch drove up its used price a year later to $30,082 in July, according to Edmunds.com.What's perhaps even more shocking is that drivers are spending more on cars and trucks with mileage around 100,000.The old adage that a vehicle's value tumbles dramatically once it crosses the 100,000 mark is being proven wrong, according to Ivan Drury, senior manager of insights at Edmunds. Consumers in general are more willing to buy higher mileage vehicles, as quality has improved and the cost of new vehicles has risen significantly.►Job growth:Economy adds 943,000 jobs in July despite COVID surge, worker shortages as unemployment falls to 5.4%►Profit gains:Gannett reports first profit since 2019 merger with New Media Investment Group: Revenue, digital subscriptions riseWe're looking at an average transaction price of $16,489 in June — up from $12,626 last year — for cars and trucks with 100,000 to 109,999 miles that were sold at dealerships. "If you have a truck, you're good," Drury said.Even some 7- to 8-year-old vehicles with more than 100,000 miles are commanding prices today, he said, that are more like the cost of 5-year-old vehicles with 60,000-80,000 miles a year ago.What's key to remember? 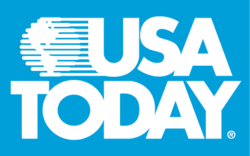