Airstream
16th Arrondissement
the Chapel of Love
the Reservoir Dogs 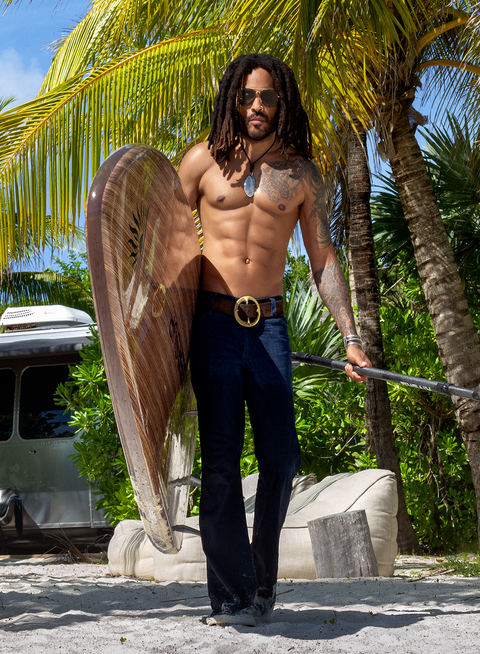 He might have spent spring and summer as he’d originally intended, playing a run of concerts in Australia and New Zealand and then everywhere from Lithuania to Lisbon, in support of his 2018 album, Raise Vibration, a record that, like most Lenny Kravitz albums, seems to summon gyrating supermodels out of thin air every time you play it, an album that opens—as his recent shows usually have—with Lenny singing the Prince-goes-to-“Kashmir” anthem “We Can Get It All Together,” asking to be delivered from his loneliness and selfishness and brokenness so that he can join hands with the rest of humankind.Instead, in early March, as the spread of COVID-19 picked up speed, Kravitz left his house in Paris and caught a flight to the Bahamas, thinking he’d hang out at his place on the island of Eleuthera for a few days until things went back to normal. “And I’ve been living out of this weekend bag,” Kravitz says, “for almost five and a half months.” In Eleuthera, in the one-room house he finally got around to putting up after sleeping on the beach in an Airstream for years, he is alone, except for Leroy and Jojo, the potcake dogs—Caribbean mutts, both adopted off the street, boon companions even though they don’t talk (although at this point, Kravitz says, “I’ve been here so long, I’m starting to hear words”). “A piece of PVC pipe about this big,” Kravitz says, holding up his thumb and finger to indicate something half the size of a doughnut, “under the bathroom sink, burst one night and took out my entire studio.” Not being able to make records this year has been tough, because Kravitz has a few things on his mind. It’s a pure product of Obama-era optimism; the cover photo is a preteen Lenny with a peace sign painted on his forehead, and the title track contrasts the world in which his Black mother and white, Jewish father met and married—“And when they walked down the street, they were in danger”—with the new reality seemingly heralded by the election of America’s first Black president: There is no division, don’t you understandThe future looks as though it has come around And maybe we have finally found our common ground “Isn’t it amazing,” Kravitz says, laughing, in 2020, “that we thought that’s what was coming?” ANOTHER WORLD is possible, but it begins with pointing out what’s wrong right here. “It opened up a whole new world for me,” he says, “in sound and attitude and music and songwriting and guitar.” In the book, Kravitz is born in New York in 1964 to the Obie-winning theater actress Roxie Roker and Sy Kravitz, an assignment editor at NBC News; moves from Manhattan to Los Angeles when Norman Lear casts Roker on The Jeffersons as Helen Willis, George Jefferson’s neighbor and part of the first interracial couple on prime-time TV; acclimates by learning to skateboard and get high; and settles into the well-to-do Black neighborhood of Baldwin Hills. “I turned things down,” Kravitz says, “because my spirit wouldn’t allow me to do it. As Sy is walking out the door with suitcases in hand, Roker tells him to say something to his son, and after a long pause, Sy looks at Lenny and says, “You’ll do it, too.” “Those four words, man,” Kravitz says, “affected me more than I knew.” He acknowledges that they have shaped how he’s acted in relationships and his approach to fidelity. Bonet cowrote two songs on Let Love Rule; Kravitz says her creative influence helped him realize that the world needed Lenny Kravitz, not Romeo Blue. “He’s not an early bird,” says Kravitz’s Eleuthera neighbor Craig Ross, who’s toured with him since 1991 and played on every album since 1993’s Are You Gonna Go My Way. “And when that happens, I go, ‘Oh, he must have dreamt a song last night and he wants to get it out.’ Otherwise he’d call me in the afternoon.”The book ends with Kravitz married and on his way to stardom at the age of 25, leaving off before 1991’s Mama Said—Kravitz’s breakthrough album, the source of “It Ain’t Over ’til It’s Over,” an aching megahit addressed to Bonet. She didn’t let any of that hinder her in any way.” These days, Kravitz is close to Bonet and seemingly even closer to her new husband, Aquaman star Jason Momoa.

As said here by https://www.menshealth.com/entertainment/a34150751/lenny-kravitz-interview-cover-story/ 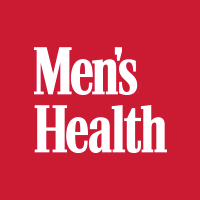