the Golden State Warriors
Oubre
the Miami Heat
the Band-Aid 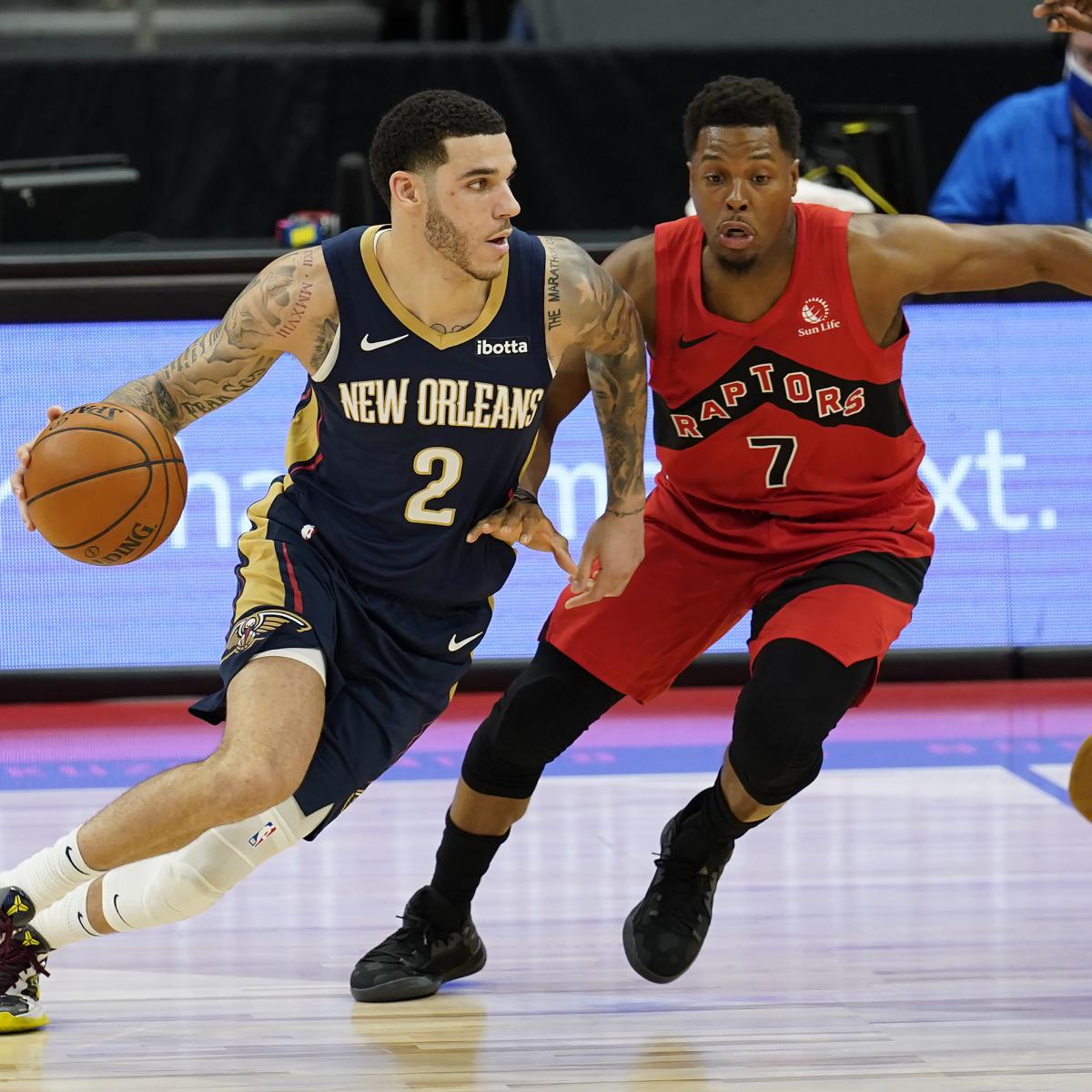 NBA free agency is always a good time.The buildup to the market&apos;s actual opening can be just as enjoyable.It&apos;s speculation season when basketball junkies unite in our love of tea-leaf reading, cap-space computing and the glorious game of player-team matchmaking. While many spots on the hoops calendar can make a decent argument for the most wonderful time of the year, this one is pretty great.With that said, let&apos;s get the speculation started with a free-agency prediction for all 30 teams.Things could get uncomfortable at the negotiating table quickly when John Collins, a restricted free agency, sits down with the Atlanta Hawks this summer.In March 2020, Collins told The Athletic&apos;s Chris Kirschner he sees himself "in max contract contention." When the Hawks offered Collins an extension before the season, it was "in excess of $90 million," per ESPN&apos;s Brian Windhorst (h/t B/R&apos;s Adam Wells). Assuming he lands in a more reasonable range (probably between $80 million and $100 million), it&apos;s best for Atlanta to make the investment and keep him either as a long-term contributor or a future trade chip.The Boston Celtics came into this campaign with championship expectations and exited it with their first opening-round loss since 2016. The Celtics already have more than $132 million on next season&apos;s payroll, so external free-agency shopping is limited and would almost certainly come with a luxury-tax hit. As for future title pursuits, those are complicated by the Nets&apos; enormous roster costs (already over $154 million tied up between just seven players for next season) and his plans to decline his $12.3 million player option for 2021-22."I&apos;m gonna be more than healthy by the time free agency starts, so just from a dollars perspective, you kind of have to," Dinwiddie told Forbes&apos; Shlomo Sprung. Brooklyn might want Dinwiddie back (either as a spark plug or a trade chip), but he&apos;ll likely find more minutes, shots and money elsewhere.There are 99 reasons to get excited about the Charlotte Hornets, but their center rotation ain&apos;t one.That was true this season when Cody Zeller posted his second consecutive negative box plus/minus, Bismack Biyombo had his worst player efficiency rating since 2012-13 and P.J. Washington manned the middle as a 6&apos;7", 230-pounder. Given his age, explosiveness, defensive versatility and developing offense, he&apos;ll collect what an intriguing, young swingman should with an average annual salary at or above $10 million.Eight players logged 1,000-plus minutes for the Golden State Warriors this season. If Houston puts a competitive offer on the table, Olynyk might find the best combination of money and minutes in his current digs.The Indiana Pacers already have more than $115 million on next season&apos;s payroll with multiple roster spots to fill. Once Leonard declines his $36 million player option this summer, he&apos;ll be eligible for the 35-percent max contract as a 10-year veteran.It hasn&apos;t been the smoothest ride for Leonard and the Clippers so far, but there&apos;s nothing that suggests the former is ready to split from the latter. Star-gazing shoppers won&apos;t want to hear this, but Leonard is going nowhere.The Los Angeles Lakers have five players under guaranteed contracts for next season. They could get decent mileage out of a Kyle Lowry or Chris Paul signing for the next few years, but they aren&apos;t landing a long-term, transformational piece without brokering a blockbuster trade.In the past, the Heat have effectively rolled over their cap space by bringing a lot of their players back on short-term contracts. That option probably isn&apos;t available for restricted free agents Duncan Robinson and Kendrick Nunn, who should both rank favorably among the best young players on the market."We like both of them," Heat president Pat Riley told reporters at his end-of-season press conference, "and we&apos;ll see what happens with them when it comes to the market."Robinson and Nunn are each in line for major pay raises, and given the Heat&apos;s need for an external upgrade, they may not want to pay both. The Wolves have 10 players and nearly $128 million in guaranteed contracts already on next season&apos;s books. Both should command more than the Wolves have to spend.There may not be a more interesting player on this year&apos;s free-agent market than Lonzo Ball. But the New York Knicks have the cap space (nearly $60 million) and perhaps the market influence to spoil someone&apos;s summer.They also have a years long point guard problem that needs to be fixed this offseason. If he wants to chase championships in his hometown, the Sixers should make it happen.It wasn&apos;t too long ago the idea of Chris Paul picking up his enormous $44.2 million player option for next season felt like a formality.But then he proved his game can age gracefully, and his Midas touch can travel. A source told NBC Sports Bay Area&apos;s James Ham that Holmes is hoping to land in the four-year, $80 million range.The Kings would need to clear a ton of cap space to make that offer. Teams can&apos;t make that kind of sacrifice for a non-star, especially not after finishing 10 games below .500.Holmes has earned a big raise, and he&apos;ll deservedly take the money and run.The San Antonio Spurs could have reset themselves this season.

As said here by Zach Buckley