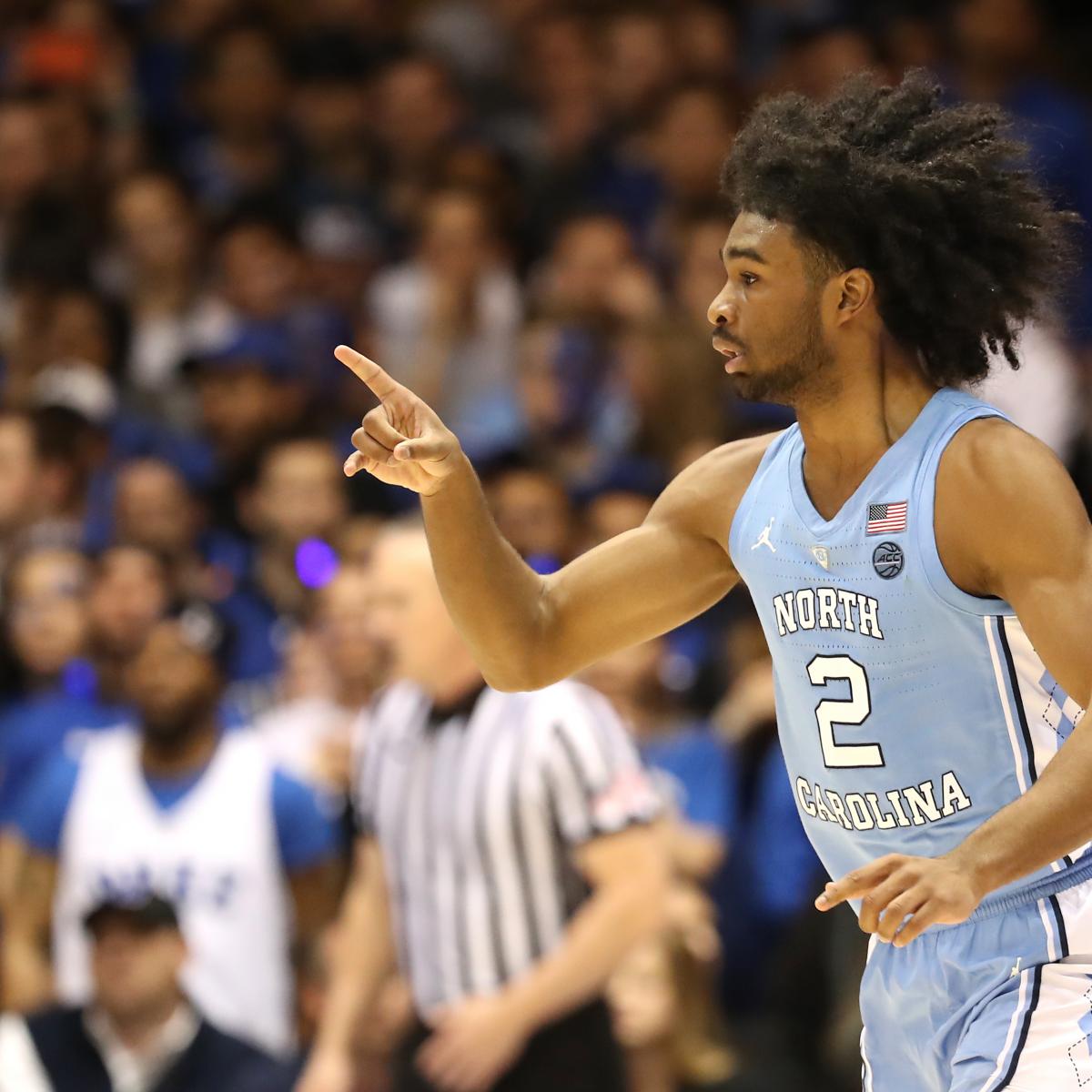 He'll also be easier to build around, being an interchangeable guard/forward able to play positions 2 to 4.With 33 assists over his last five games, Barrett has begun flashing playmaking and passing skill that's helping to strengthen his case as the draft's No. 2 prospect. And he's  now starting to make three-pointers (48-of-141) after he went 27-of-88 as a freshman.The Chicago Bulls will have a tough call at No. 4 without an obvious best player available to choose from, plus the fact that the team already has cornerstones at positions 2 to 5.They could look at Cam Reddish, but taking him would likely mean using a top-five pick to draft a backup behind Zach LaVine and Otto Porter Jr.Darius Garland could ultimately benefit from a lackluster tier of prospects once Williamson, Barrett and Morant are taken. He came out firing at Vanderbilt, having averaged 19.8 points before tearing his meniscus during his fifth game.Assuming he's back for predraft workouts, the Bulls would likely show interest, given his offensive upside, Kris Dunn having possibly plateaued and Chicago ranking second-to-last in the NBA in offensive efficiency.The Atlanta Hawks take the fourth-most threes in the league, making Cam Reddish a fitting addition to the rotation. He's averaging 17.9 points, and that's while only shooting 33.0 percent from three, a number that will likely rise based on his freshman shooting (38.2 percent) and the eye test on his shot-making ability. At No. 7, the Wizards could look at Indiana's Romeo Langford, Texas' Jaxson Hayes and Oregon's Bol Bol. De'Andre Hunter happens to come off as the surest bet of the bunch for his NBA tools (6'7", 225 lbs), career 42.4 percent three-point shooting and defensive impact and versatility. After grabbing Reddish at No. 5, the Atlanta Hawks could look at Jaxson Hayes to improve their rim protection.A mobile, bouncy center, he blocks 4.0 shots per 40 minutes, and he'd give Atlanta a needed defensive presence in the middle alongside John Collins.Hayes also ranks in the 94th percentile as a roll man and the 98th percentile as a finisher around the basket. The one-on-none setting would ultimately seem ideal for Bol to wow teams with his unique mix of ball-handling and shooting.Instead of settling for a perceived safer, lower-upside option, the Hornets, who've needed another star to push them over the hump, might as well swing for the fences on a 7'2" center who was averaging 21.0 points on 13-of-25 from three before going down.The Minnesota Timberwolves will look at Brandon Clarke for his defensive potential next to Karl-Anthony Towns.The analytics are extremely fond of Clarke, who's fourth in the country in defensive box plus-minus, third in defensive win shares and second in defensive rating. Blocking 4.5 shots per 40 minutes, he is bouncy and fearless when it comes to challenging finishers, and he's flashed enough foot speed to cover ground and switch.He also ranks No. 2 in the country in player efficiency rating behind Zion Williamson, averaging 16.6 points per game on 68.8 percent shooting.Even if his offensive skill package turns out to be useless, Clarke has the ability to optimize his athleticism and effort, which could translate to superb activity and efficiency at both ends.Looking to surround LeBron James and potential star free-agent acquisitions with shooters, the Los Angeles Lakers could focus on Coby White, who ranks in the 97th percentile on spot-ups.He's shooting 47.8 percent on catch-and-shoot chances after burying 12 threes combined over North Carolina's last two games against Syracuse and Clemson.White's lack of explosion shows up inside the arc, but between his shot-making and pick-and-roll passing (98th percentile), he offers offensive versatility the Lakers should value in a 6'5" combo guard.With three first-round picks, the Boston Celtics could afford to use one Jontay Porter, who's 19 years old and recovering from a torn ACL.His shooting, passing and shot-blocking earned him an invite to last year's NBA combine. Philadelphia 76ers: Ty Jerome (Virginia, SG, Junior)Jerome's 40.9 percent three-point shooting and 5.0 assists to 1.7 turnovers per game point to role-player potential.

As said here by Jonathan Wasserman