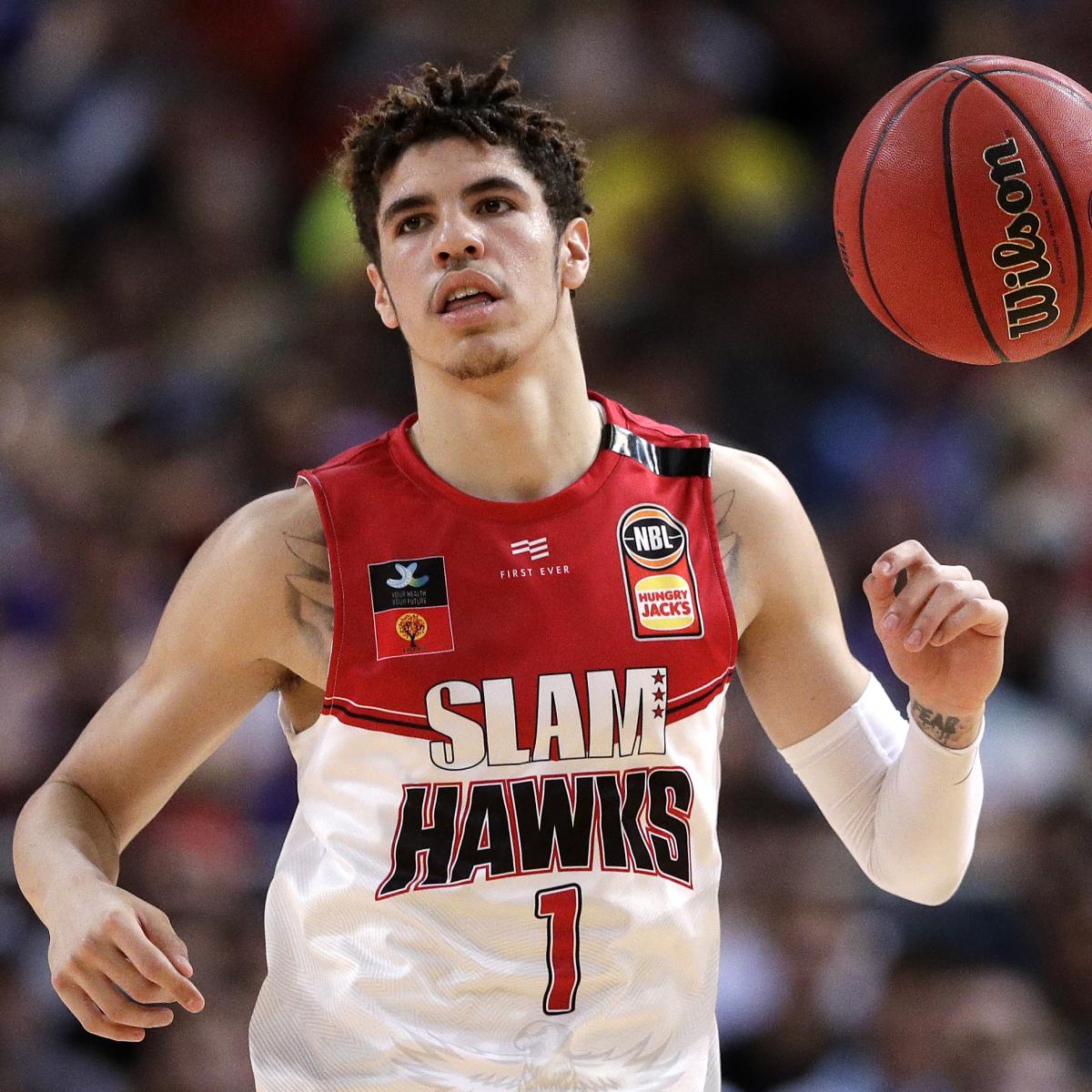 Building around LaMelo, Russell and Karl-Anthony Towns would put a cap on the team's defensive ceiling, too.Edwards could give Minnesota an explosive scoring wing and another high-level shot-creator and shot-maker between Russell and Towns. TRADE WATCHA trade makes too much sense for the Golden State Warriors at No. 2, with the Chicago Bulls, Detroit Pistons or New York Knicks among the teams to target in a deal to move down (especially if LaMelo Ball is still available). Even if Wiseman's skill development stalls, at 7'1" with a 7'6" wingspan, his shot-blocking and finishing potential should have no problem translating to the NBA.The upside kicks in for Wiseman if he's able to build on his high school flashes of open-floor ball-handling, post scoring and mid-range touch. It's understandable to question how his defense would fit with this particular roster, but it's also possible the roster looks completely different a year from now.The Cavaliers just need a sure thing, and scouts feel confident that Toppin is one of them in this draft.After acquiring Clint Capela at the trade deadline to protect the rim behind John Collins, the Atlanta Hawks figure to favor guards and wings in the draft and free agency.Tyrese Haliburton would give them another ball-handler whom the Hawks can play alongside Trae Young or behind him in the second unit.Atlanta should value Haliburton's sound decision-making and passing, as well as his ability to space the floor with his spot-up shooting.The Hawks could also explore the idea of swapping picks with the New York Knicks, who may be interested in Haliburton's floor game and maturity. He'd help by giving Washington a stopper built to guard opposing scoring wings.It may take longer to see results from Okoro on offense, but he plays a relatively mistake-free game off the ball, finishes at a strong rate and makes quick, unselfish decisions as a passer. If the Knicks pass on him at No. 8, he'd become an interesting trade target for a team at No. 10, given the Phoenix Suns' presumed preference to add a veteran.The Suns could also see value in drafting Hayes, who turned 19 this summer after finishing third in Eurocup in assists per game and making notable improvement to his shot-creation and shot-making skills. Minnesota Timberwolves (via Nets): Precious Achiuwa (Memphis, PF/C, Freshman)The Wolves will need defensive role players to plug holes in their lineup between D'Angelo Russell, Karl-Anthony Towns and either Anthony Edwards or LaMelo Ball. Utah Jazz: Jaden McDaniels (Washington, SF/PF, Freshman)The Jazz could buy into McDaniels' scoring versatility and shooting potential for a 6'9" forward, despite his frustrating inconsistency and decision-making at Washington. Oklahoma City Thunder (via Nuggets): Leandro Bolmaro (Barcelona, SG/SF, 2000)Teams received another chance to look at Bolmaro, who recently got minutes with Barcelona in the Spanish ACB SuperCup. It's worth questioning his skill set for scoring, but at 6'6", he offers unique ball-handling and passing, as well as high energy and effort defending around the perimeter. Dallas Mavericks (via Warriors): Desmond Bane (TCU, SG, Senior)Consistent shooting, improved passing, defensive IQ and a general awareness of limitations all bode well for Bane's role-player potential. Washington Wizards (via Bulls): Xavier Tillman (Michigan State, PF/C, Junior)Teams could see an immediate role player in Tillman, whose passing and defensive IQ are better than the class' other top bigs. He graded in the 96th percentile as a pick-and-roll ball-handler while showcasing NBA shooting range, floater touch, passing IQ and a competitive streak on defense.41. Aside from his unique defensive playmaking, he still managed 15.1 points and 10.7 rebounds, flashing just enough shooting touch for teams to hold out hope with his jumper. He'll have to adjust to a new off-ball role, but for a 6'5" guard, his creation, shot-making and strong finishing are worth betting on. Charlotte Hornets (via Celtics): Jalen Harris (Nevada, SG, Junior)A team that puts extra stock into creation and shot-making could be drawn to Harris, who ranked in the 90th percentile in isolation and 88th percentile as a pick-and-roll ball-handler as a junior. Toronto Raptors: Naji Marshall (Xavier, SG/SF, Junior)Teams should find Marshall's shooting development worth betting on, given what a jump shot could do for a 6'7", playmaking wing and tough, versatile defender.

As said here by Jonathan Wasserman