6 Places Offering Shelter From the Crowds 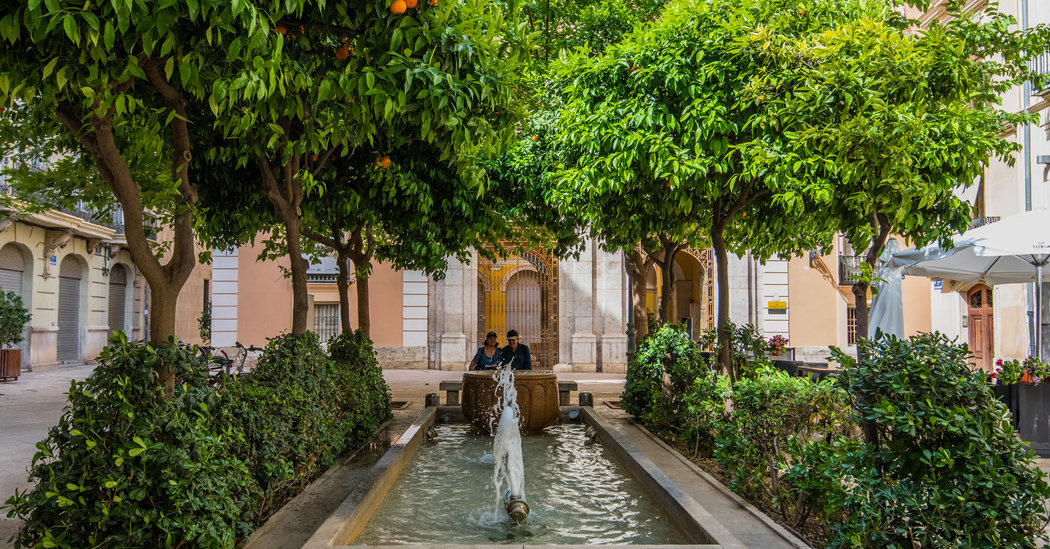 Both are ideal for visitors looking for great museums, canals, wild North Sea beaches — and no crowds.A medieval trade city, Delft’s main canal circles the old town. Even prostitutes along the city’s most famously crowded boulevard, La Rambla, are unwittingly pitching in by mobbing and robbing tourists too drunk to defend themselves.Whichever city eventually wins the title of “the next Venice,” Barcelona — with 1.6 million residents and about 30 million visitors per year — seems headed for the playoffs.For a less frenetic dose of cosmopolitan Mediterranean charm, head 220 miles down the coast to Valencia, Spain’s third-largest city, with 800,000 residents and barely 2 million visitors per year. Sitting at one end of the park is the City of the Arts and the Sciences, with its extraterrestrial-looking opera house, science museum and aquarium (Europe’s largest), all designed by Santiago Calatrava.Of not quite such recent vintage are the city’s early 20th-century modernista structures like the Central and Colón markets, among the most beautiful in Europe. The port built for the America’s Cup races in 2007 and 2009, and the Las Arenas Resort and Spa led an upscale revival that continues today.Obviously any European city with more than 300 days of sunshine a year, endless beaches, world-class culture, gastronomy and architecture is never devoid of tourists, but Valencia maintains an under-the-radar vibe and is blissfully free of masses of tourists racing from monument to monument, leaving plastic water bottles and local resentment in their wake.Andrew FerrenSome 60 miles apart, Dubrovnik, Croatia, and Kotor, Montenegro, are both striking walled cities on the Adriatic that were once ruled by Venice. At the end of the fjord-like Bay of Kotor and ringed with mountains, Kotor echoes Dubrovnik in its old quarter, a fortress built between the 12th and 14th centuries and filled with churches, cafes and homes with terra-cotta rooftops. Back in town, admiring Kotor’s old town architecture, including the central clock tower, built in 1602, is a pastime day or night.After sunset, ask for a table on the patio at Bastion beside the city’s north gate to dine on local seafood. Throughout Old Town, many bars stay open until either very late or very early, depending on your point of view, with decadent subterranean clubs like Le Valmont keeping the party going until sunrise.Such attractions have brought more tourists to the city every year, hitting 7.9 million visitors in 2018 (many of them from elsewhere in the Czech Republic), up 3.2 percent from the year before, according to the Czech Statistical Office. Although such growth seems sustainable, earning a rank of the fifth most-popular destination in Europe has come with a price: The Czech capital is often packed with tourists, especially on party-focused streets like Dlouha, where the local government has recently attempted to limit nighttime noise and public drinking.The City of a Hundred Spires is certainly still worth a visit — just prepare yourself for the possibility of shoulder-to-shoulder crowds on the busiest days at sites like St. Vitus Cathedral and Charles Bridge.But if you do feel overwhelmed, consider a trip to Olomouc, about two hours away in the country’s eastern region of Moravia.