7 Democrats Take the Stage for the Last Debate Before the South Carolina Primary ? And Super Tuesday: Follow Live 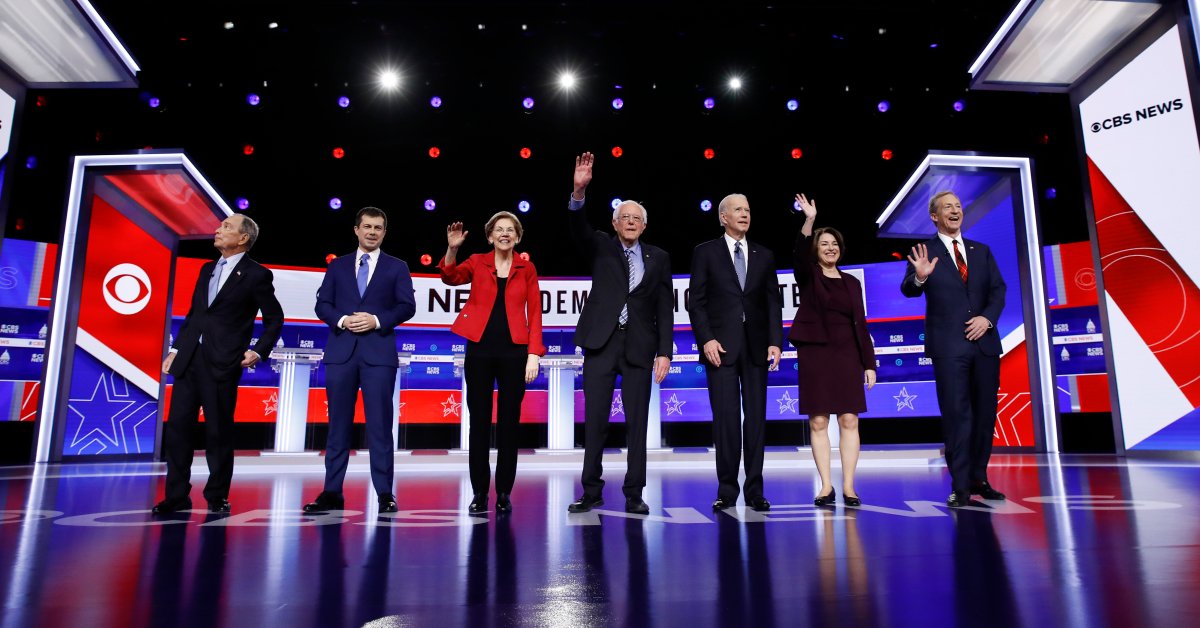 Biden, former New York City Mayor Michael Bloomberg, Buttigieg, Minnesota Sen. Amy Klobuchar, Steyer, Sanders and Massachusetts Sen. Elizabeth Warren all appeared on stage.CBS Evening News anchor Norah O’Donnell and CBS This Morning host Gayle King moderated the debate. “However, with still so many undecided voters in South Carolina, this debate could have a tremendous impact on Saturday’s primary.”It could also impact some crucial endorsements by members of the Black Caucus, particularly Congressman Jim Clyburn, who The Post and Courier reports is still deciding between multiple candidates.Here are highlights and the biggest moments from the South Carolina debate.Bernie Sanders spent time during the debate defending his past comments supporting programs implemented by socialist and communist countries.Over the past week, an interview with 60 Minutes has renewed attention on Sanders’ past praise of policies implemented by Cuba. Sanders added that he believes the U.S. Middle East policy should “absolutely” be about protecting Israel’s independence, but stressed that “you cannot ignore the suffering of the Palestinian people.”In a larger discussion about gun control, Klobuchar plugged a Senate bill she authored to close the “boyfriend loophole,” and said the bill would make it so domestic abusers “can’t go out and get an AK-47.”“I wrote that law,” Biden jumped in. This is true, but his first apology was in the weeks before he announced his candidacy for President.When asked, both Buttigieg and Klobuchar said the program was racist.Klobuchar, Steyer and Buttigieg each attacked Sanders for potentially costing the Democratic party its majority in the House of Representatives because of his progressive policies.Buttigieg argued that Sanders’ proposed spending “adds up to four more years of Donald Trump. None have endorsed Sanders.Biden added that of those moderate Democrats, many have endorsed him.Later in the debate Bloomberg said he spent $100 million to help elect 21 of the 40 Democrats in question.The debate started with Sanders taking a question about the economy, and Sanders quickly responded that it was doing well for billionaires, including Bloomberg. “Hey, Mr. Putin, if I’m President of the United States, trust me, you’re not going to interfere in any more American elections.”Buttigieg stepped into the fray, arguing that while Russia would want Sanders as a nominee to create chaos, he will bring the country together.“I mean, look, if you think the last four years has been chaotic, divisive, toxic, exhausting, imagine spending the better part of 2020 with Bernie Sanders versus Donald Trump,” Buttigieg said.The former South Bend, Ind., mayor argued that he will appeal to Americans who “actually want to feel their blood pressure go down a little bit instead of through the roof.”Early in the debate, Warren argued that she would be the best progressive choice compared to Sanders because she would actually “dig in and do the hard work.” She reiterated her message that “she has a plan,” and argued that she is better at enacting the progressive policies that both she and Sanders support.The Massachusetts senator pointed to the fact that both she and Sanders oppose the power of Wall Street, but she said that she “fought the big banks,” “built coalitions” and brought about the Consumer Protection Bureau.She added that she’s released a policy proposal on how to accomplish universal healthcare while Sanders has not, and added that “I dug in and did the work, and then Bernie’s team trashed me for it.”“Progressive have one shot, and we need to spend it with a leader who would get something done,” she said.Correction, Feb. 25The original version of this story misstated how many moderate Democrats who flipped moderate districts in 2018 have endorsed Vermont Sen. Bernie Sanders for the Democratic nomination for President.

As said here by Madeleine Carlisle