ALCS Blowout? Astros in Grave Danger of Exiting 2020 with a Whimper vs. Rays 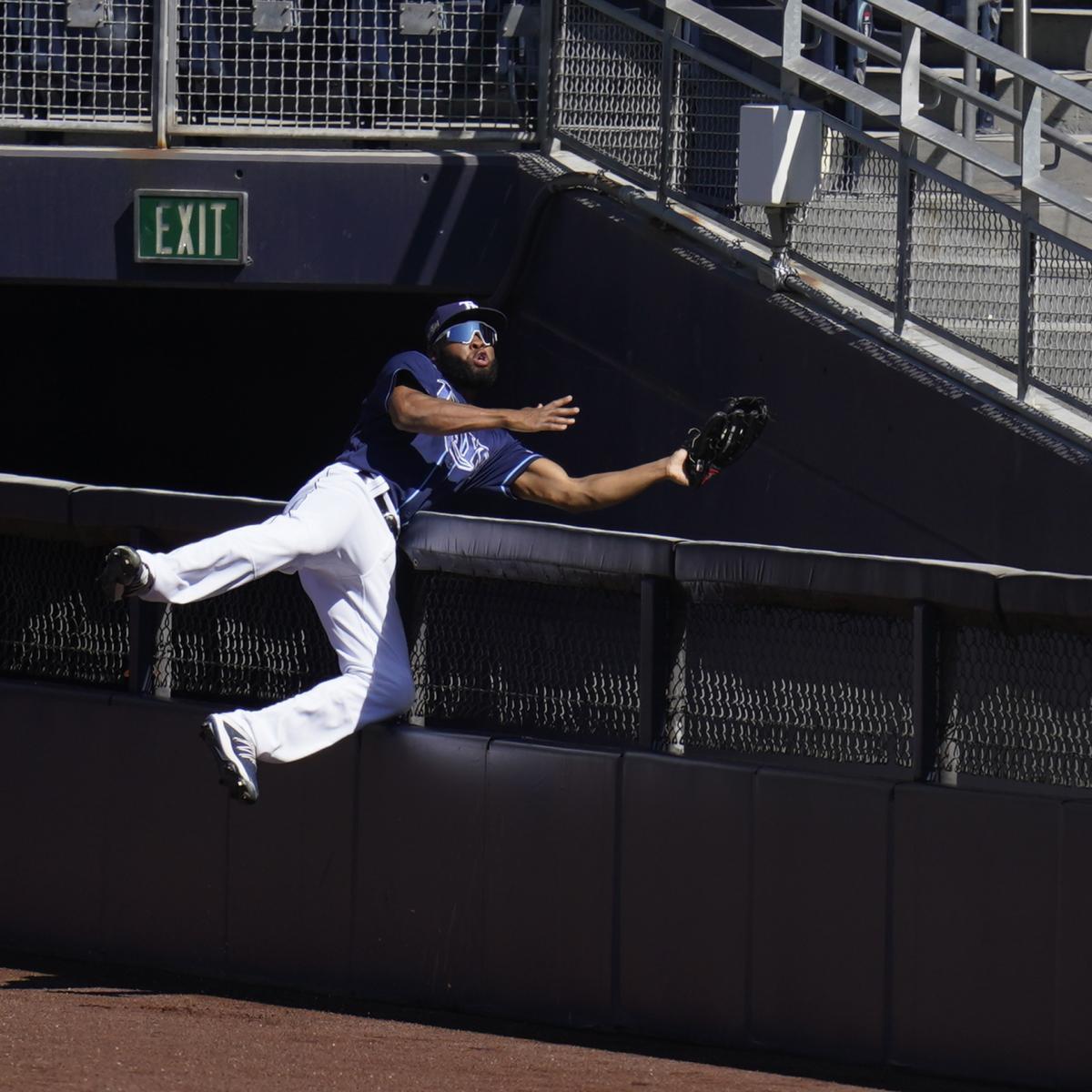 Through two games of this American League Championship Series, the Rays are making every play, seizing every opportunity, suffocating the Astros at every turn and, with a 4-2 Game 2 win Monday, moving ever closer to tightly affixing a, ahem, lid on this thing.The dazed Astros, now trailing this series two games to none, don't know what's hit them. They've left 21 baserunners stranded, including 12 with two outs.The Astros keep pushing, as they did in the ninth inning Monday, banging three straight singles against ace reliever Nick Anderson and then, after Anderson coaxed a double-play grounder from George Springer, loading the bases by drawing consecutive walks before Bregman put a charge into a fly ball to center field that was caught by Kevin Kiermaier just short of the warning track."Whew, that was tense!" manager Kevin Cash said after the Rays escaped, sounding not unlike an enthusiastic schoolboy who just aced a pop quiz. Baseball games aren't all won and lost in the late innings, and Game 2 was a prime example of that.With two out and one on in the bottom of the first, Houston's All-Star second baseman, Jose Altuve, playing in the shallow right-field grass during a defensive shift, bounced a throw to first base on a Choi grounder. Because Choi, shall we say, runs longer in one place than most people, Houston first baseman Yuli Gurriel had plenty of time to recover when he couldn't handle Altuve's throw and the ball trickled away from him.Instead, Gurriel was inexplicably slow and lazy to step and reach for the ball as it lay on the infield dirt, and Choi was safe at first.Two pitches later, Houston paid for failing to close out the inning when Margot drilled an off-speed pitch over the center-field fence to spot the Rays a 3-0 lead."I need to pick him up there," Houston starter Lance McCullers Jr. said of Altuve. And that play, to have the ability to know where you're at and say, 'Forget it, I'm going to hit something and run into the wall,' it's really impressive."As for Altuve, he threw another ball away in the third, and tellingly, when the Astros moved into that shift several times after that, Correa came way over from shortstop to play the shallow position in right field as Altuve moved up the middle behind the second base bag.

As said here by Scott Miller