Andrew Cuomo and daughters on life during the pandemic 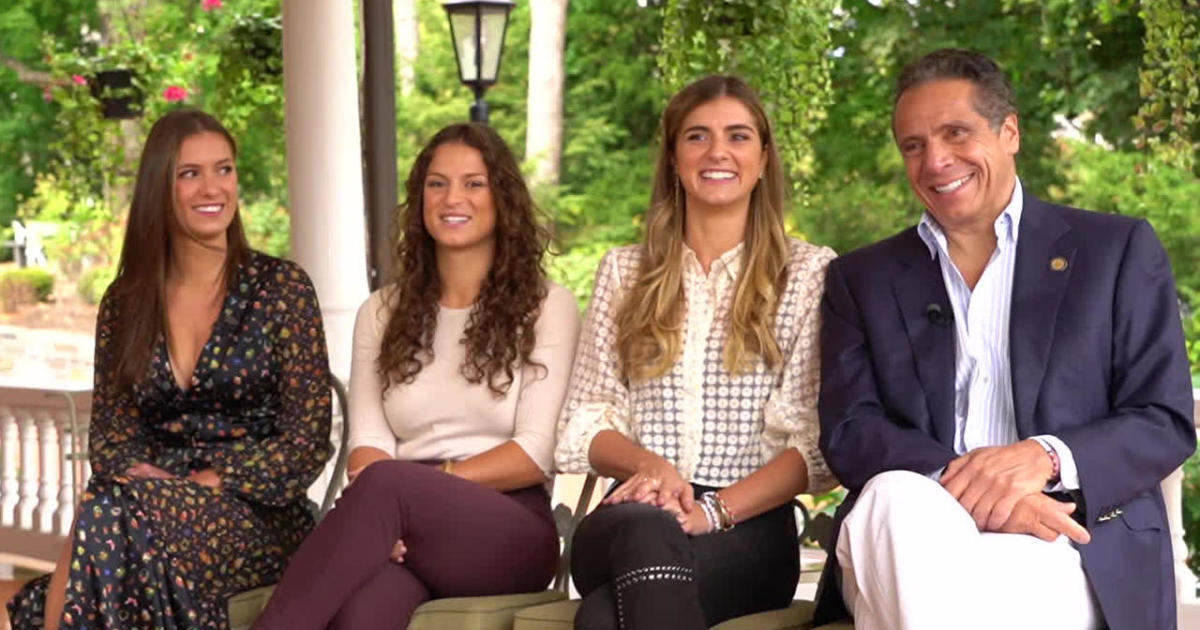 And in this family, like so many others, the adult kids have moved back home: Michaela, Mariah and Cara Kennedy-Cuomo, all quarantining together with Governor Andrew Cuomo, their dad."I actually remember when Dad called me right at the beginning of this and said, 'This is gonna be a big deal, and you should be here for it," said Cara. So, they told their dad he had to do more.Smith asked, "It sounds like you guys kind of pushed him – 'We're getting all these requests for, 'How'd you do it?' We need to come out with something'?""Right, from the first day, we were all saying, 'You have to write this down. New York still has the largest number of deaths of any state," said Smith. "Well, New York has the largest number of deaths because New York had the largest number of cases; we had a much worse infection rate than any other state, and we had it before anyone knew anything about COVID," Cuomo replied. Smith asked, "So, as protective as you are of your dad and as much as you wanna protect him, I would imagine there will come a time when you guys are gonna leave again, right?""Nope!" Cuomo interjected. He can get to dating post-global pandemic." Cara then turned to her dad and said, "Sorry!"Of course, there's always the possibility that their dad will be the one to move away from Albany, though he's repeatedly insisted he has no interest in going to Washington.Smith asked, "So, as much as he says, 'I'm Governor of New York for as long as they'll have me,' do you guys maybe have higher aspirations for him?"Michaela said, "I like Dad being in New York. Smith asked, "I'm wondering, when you heard that the president was diagnosed with COVID, whether it shocked you?""It did shock me," Cuomo said.