At 90, E. O. Wilson Still Thrives on Being a Scientific Provocateur 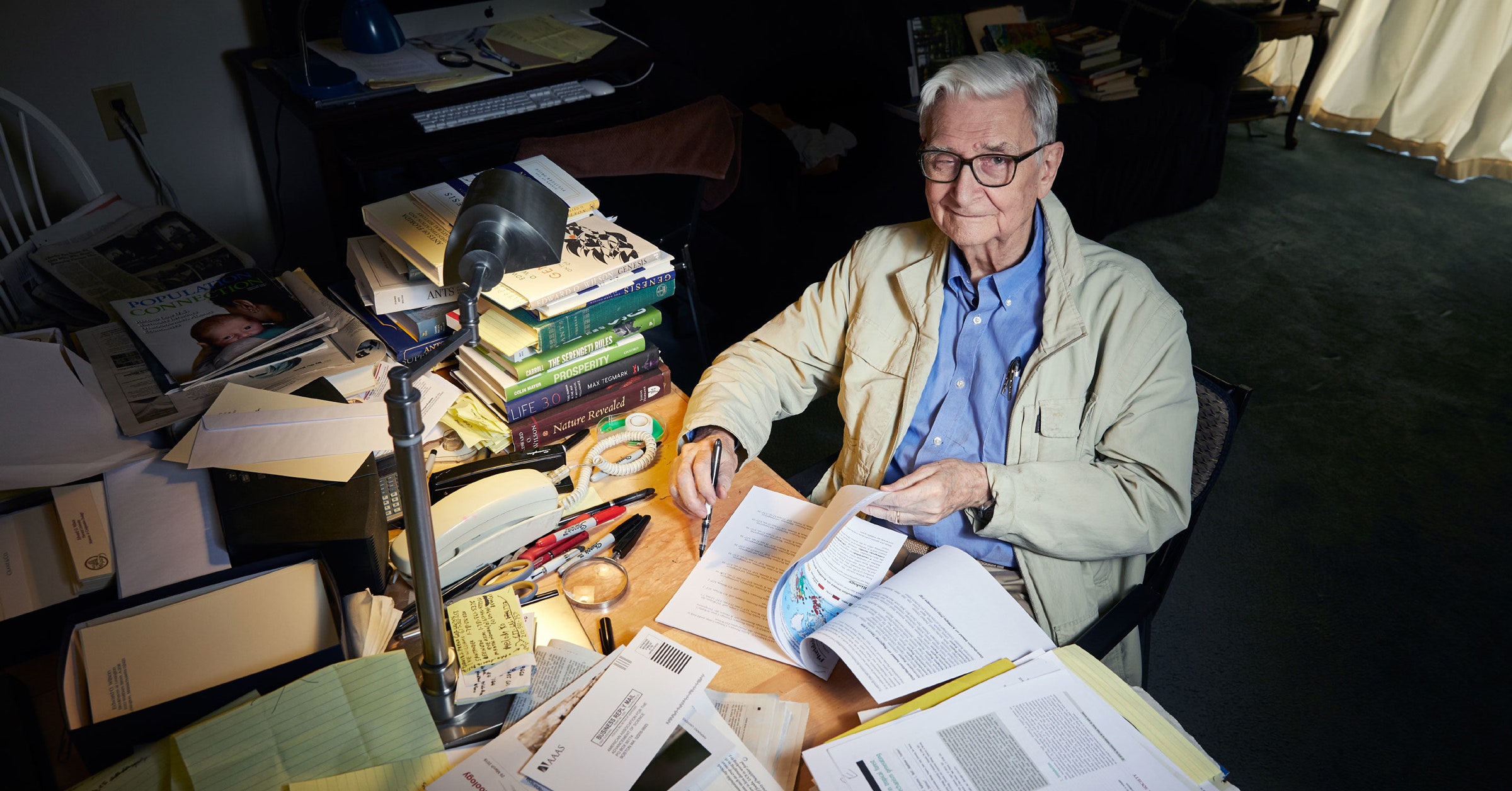 Soon to celebrate his 90th birthday, he shows no sign of losing his enthusiasm for the fray.Original story reprinted with permission from Quanta Magazine, an editorially independent publication of the Simons Foundation whose mission is to enhance public understanding of science by covering research developments and trends in mathematics and the physical and life sciences.“I’ll tell you something about Ed—he’s a bit of an intellectual grenade thrower,” observed David Sloan Wilson (no relation), an evolutionary biologist at Binghamton University in New York. This work suggested that many of the social behaviors observed in people, including virtuous traits like altruism, could be attributed to natural selection. He’d also produce a memoir, a novel and more than two dozen nonfiction works, many as contentious as Sociobiology.Contentious or not, Wilson’s books have mostly addressed one theme: that we must know natural history and evolutionary theory to fully understand humanity’s future on the planet. In his 1986 manifesto Biophilia, for example, he suggested that humans have an innate biological need to be in nature and to “affiliate with other forms of life.” In Half Earth: Our Planet’s Fight for Life (2016), he offered his personal prescription to end the destruction of the world’s biodiversity: Governments should set aside half the planet as a nature reserve.Two months ago saw the arrival of his latest work, Genesis: The Deep Origins of Society, an update and reconsideration of some ideas on evolution introduced in Wilson’s earlier books. Genesis, he insists, is “one of the most important books I’ve written.”To discuss Genesis, and to learn Wilson’s thoughts on the new controversies the book might ignite, Quanta visited him last month at his home in Lexington, Massachusetts. The book’s success led me to thinking I should next do a similar review of vertebrates—mammals, reptiles, amphibians, fishes.At that time, you saw a lot of good biologists working on the social behavior of different types of vertebrates—people like [the primatologists] Jane Goodall and Dian Fossey. I suggested that a lot of human social behavior could be explained by a natural selection of certain activities and steps, leading to ever more complex group selection.This wasn’t anything new. I thought there would be accolades because it would add to the social sciences a new armamentarium of background information, comparative analysis, terminology and general conception that could illuminate previously unexamined aspects of human social behavior.But the early 1970s, when the book was written, was a time of heated political controversy, much of it related to the war in Vietnam, civil rights and anger about economic inequality. I knew I’d just have to weather the storm.Sure enough, after a while the ideas of the book began to percolate: that genetics is an effective way to understand many aspects of evolutionary biology and behavior. I had helped promote Hamilton’s work, but as time went on, I developed my doubts about it.Certainly, in my own research, I’d observed sophisticated societies that evolved through group selection, where individuals would be altruistic for the sake of their group’s survival. Partly because of my work with Nowak, I’ve come to believe that a whole new science is emerging that will combine natural history in the field with mathematical modeling and experiments similar to those conducted in a laboratory.This kind of science will be more interesting to the public and attractive to young people who wish to enter careers in science and technology. MacArthur was able to come in with the right model to figure out how my data could apply to the new question.You know, I’ve never really tried to think about that, honestly.Well, perhaps I’d like to be remembered for obtaining such a great age and staying productive to the end—I’d like to be remembered for those things I’ve put my efforts into. And to figure out how I’ll get to Mozambique to do the fieldwork.Original story reprinted with permission from Quanta Magazine, an editorially independent publication of the Simons Foundation whose mission is to enhance public understanding of science by covering research developments and trends in mathematics and the physical and life sciences.To save the endangered island fox and its home off the coast of California, scientists went to war on invasive species like feral pigs and aggressive ants.CNMN Collection© 2018 Condé Nast.

As said here by Claudia Dreifus