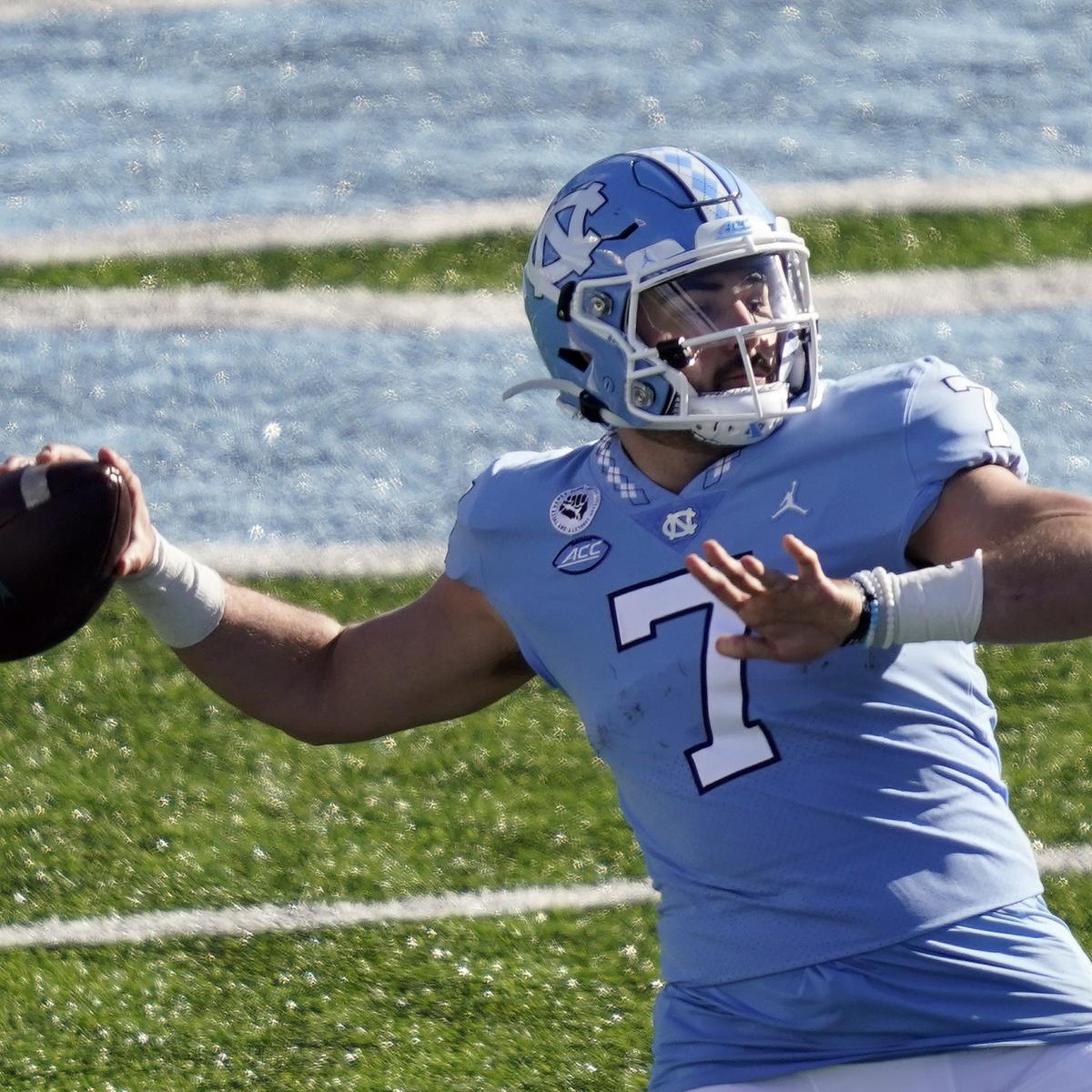 I really believed North Carolina was going to start 9-0 against a weak schedule before its playoff fantasy went up in smoke with back-to-back losses to Notre Dame and Miami.Though the 7-3 Tar Heels had a few more missteps than expected, this should still be a great game with possible New Year&apos;s Six implications. If both Clemson and Notre Dame make the College Football Playoff, it&apos;s likely the winner of this one will take the ACC&apos;s spot in the Orange Bowl.I expect that winner to be North Carolina.Even with their tough showing in the loss to Notre Dame, the Tar Heels offense has averaged 560 yards and 44.3 points over their last eight games. I&apos;m not playing a transitive game to suggest a winning margin of 60-plus points, but the scores are a good reminder of how much better Buffalo is than Akron. Moreover, in their first three contests, they allowed an average of 264.3 rushing yards and 4.3 rushing touchdowns.It&apos;s kind of hard to imagine a world in which they waltz into Buffalo and do anything to stifle the team that&apos;s leading the nation in scoring, or slow down its star running back, Jaret Patterson, who is averaging 230.0 rushing yards and 4.0 touchdowns per game.Alabama should have its way with Arkansas, but at least the Razorbacks are respectable, having scored a minimum of 21 points in eight consecutive games. They are all-in on padding Trask&apos;s stats, and that&apos;s why I&apos;m all-in on both overs.Maybe they call off the dogs before this gets too out of control, but I&apos;ve got Trask going for 500 yards and five touchdowns in one of those classic, late-season statement performances—reminiscent of Joe Burrow&apos;s 489 yards and five touchdowns against Ole Miss last year, or Dwayne Haskins&apos; 499 yards and five touchdowns against Northwestern in 2018.David KenyonThanks to a 40-7 win over Navy in October, Air Force has the early lead in the annual race. In the only game against a common opponent, Navy (3-6) erased a 24-0 deficit to win at Tulane, while Army lost by 26 to the Green Wave.That said, I&apos;m picking Army, because it has been more consistent on offense and stingier on defense.The Black Knights are averaging nearly 300 rushing yards per game and have only allowed five rushing touchdowns through nine games. Redshirt freshman quarterback Graham Mertz has completed 57.3 percent of his passes with one touchdown and four interceptions during that stretch, and things aren&apos;t going to be any easier against a tough Iowa defense.Winners of five straight after a dominant second half against Illinois last week, Iowa ranks 16th in total defense at 326.4 yards allowed per game.The Badgers are an extremely solid defensive team in their own right, which means this could quickly devolve into a classic ground-and-pound Big Ten game. Kerry MillerI don&apos;t know who will win, but I do know I&apos;m betting the under.The Badgers have been awesome on defense, leading the nation in yards allowed per game at a stingy 229.3. Anything more than 17 points from the Badgers would be a bit of a surprise at this point.Then again, 17 might be enough, since this Wisconsin defense has yet to allow more than 17 in a game this season.I&apos;m going to go out on an unnecessarily specific limb and say this game goes to overtime tied at 13 before Iowa escapes with a win.Adam KramerPerhaps we should start with a different question, because the real question being pondered and discussed within the athletic department (and by Texas boosters) is simpler: Who else could we get to coach this team?We believe that Urban Meyer, based on multiple reports this week, is not going to be that person. I don&apos;t much believe in momentum carrying over from one season to the next, but if they can polish this off with a nice bowl win over a Big Ten or SEC team, it would at least stifle the mounting frustration fans have with Herman.Joel ReuterThe matchup between 6-1 Nevada and 5-0 San Jose State might be the most relevant, with the winner likely moving into the AP Top 25 and playing for a Mountain West title.However, in terms of sheer entertainment value, give me Houston at Memphis.Because who doesn&apos;t love a shootout between two teams with utter disdain for playing defense?Each squad is both amassing and allowing at least 425 yards and 30 points per game on the year, even with Memphis stumbling a bit lately with just 31 combined points in its last two games.The Cougars have not played since Nov. 14 when quarterback Clayton Tune went wild against South Florida, throwing for three touchdowns and rushing for 120 yards and two more scores in a 56-21 blowout. If the Vols lose this one, would they can Jeremy Pruitt on the spot?The intriguingly disturbing part of this game is that it also might have bowl season implications.The SEC is probably going to send four teams to the New Year&apos;s Six. The league also has an affiliation—either a guaranteed spot or a potential alternate spot—with eight other bowls (Citrus, Gator, Outback, Liberty, Music City, Texas, Birmingham and Gasparilla).