B/R NBA Power Rankings: Can Anyone Catch Devin Booker and the Phoenix Suns? 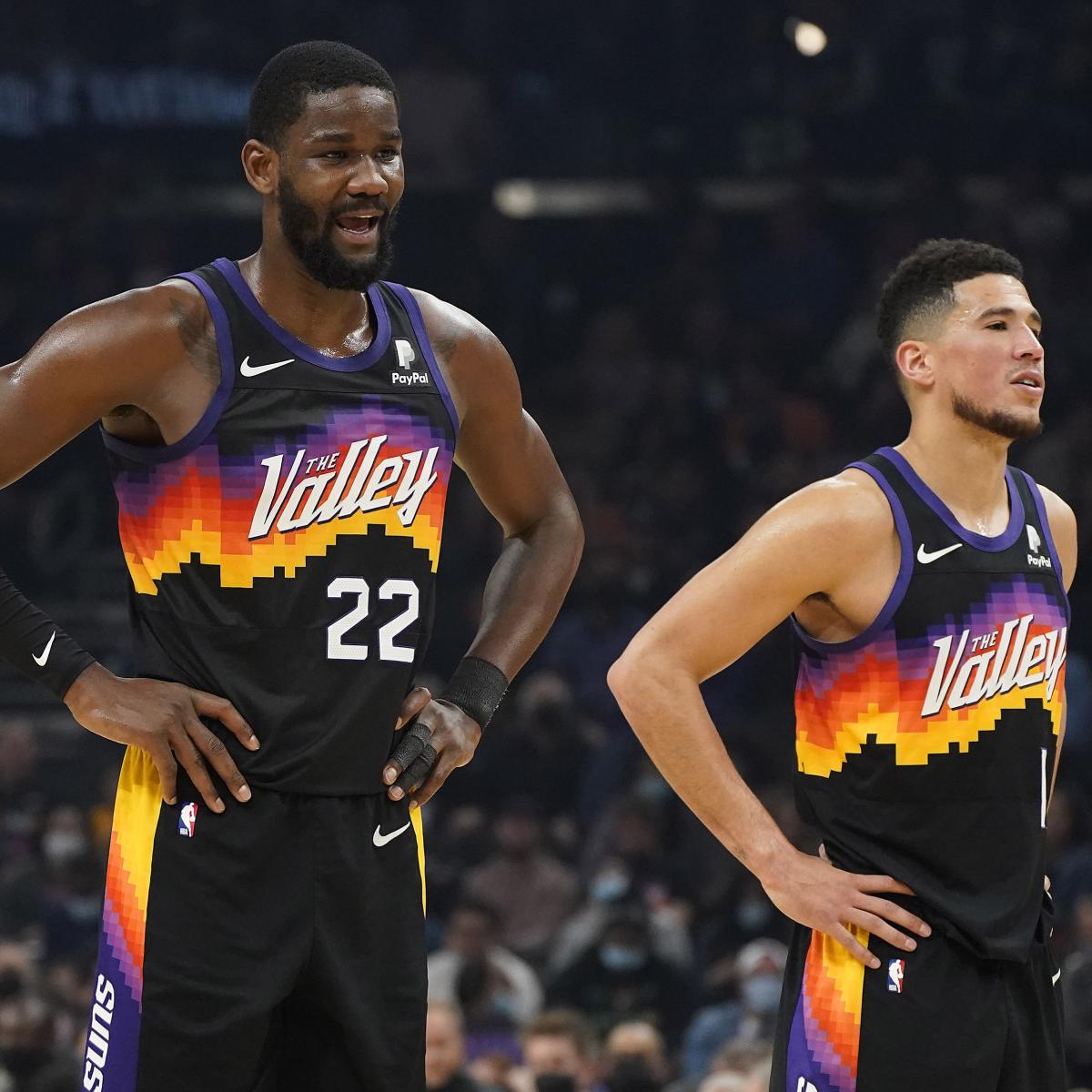 Over his last four games, Ingram has averaged 27.8 points and 6.3 assists while shooting 54.2 percent from the field.We still haven&apos;t heard any encouraging news on the Zion Williamson injury front, but if Ingram can maintain this level of play, he, Jonas Valanciunas and Devonte&apos; Graham may drag the Pelicans to the play-in without him.Previous Rank: 23Record: 15-27Net Rating: -0.6Things just keep getting worse for the Indiana Pacers, who are 2-9 in their past 11 games after getting blown out at home by the Boston Celtics.As usual, the individual numbers of their big-name players, including Domantas Sabonis and Myles Turner, were fine, but the Pacers just can&apos;t stop anyone.During the 2-9 stretch, Indiana&apos;s 115.3 points allowed per 100 possessions ranks 27th.Previous Rank: 21Record: 15-26Net Rating: -0.4Assuming they&apos;re aiming for the playoffs, the San Antonio Spurs are fortunate that no team in the West seems to want that 10th-place finish.Despite winning just one of their past nine games, the Spurs are just two games back of the 10th-place Portland Trail Blazers in the loss column.If they eventually force their way into the play-in, Dejounte Murray surely deserves a lion&apos;s share of the credit. After going for 32 points, 11 assists, 10 rebounds and three steals in Wednesday&apos;s loss to the Houston Rockets, his averages are up to 18.8, 8.9, 8.2 and 2.1.Previous Rank: 17Record: 21-22Net Rating: -1.1The Los Angeles Clippers pulled off a borderline miraculous comeback win over the Denver Nuggets on Tuesday.They managed just 28 points in the first half of that contest and eventually fell to a deficit of 25 points in the second before roaring back for the win.Two days later, the same squad was run off the floor in a 24-point loss to the sub-.500 New Orleans Pelicans.Such inconsistency is likely to be the plight of a team without its two best players for the foreseeable future. He averages only 6.6 points, but he&apos;s tied for 12th in the NBA in total deflections, 10th in offensive rebounding percentage and fifth in steal percentage.When he&apos;s on the floor, the Wolves are plus-8.5 points per 100 possessions, compared to minus-4.7 without him.Previous Rank: 12Record: 20-18Net Rating: +1.2The Toronto Raptors&apos; six-game win streak came to an end against the Phoenix Suns on Tuesday, but not before the league had to take notice of their resurgence.Since December 31 (when the streak started), Fred VanVleet is averaging a Stephen Curry-like 29.7 points, 6.4 assists and 5.6 threes, while shooting 43.8 percent from three. It was the first triple-double of his career and added to a growing All-Star case.His toughest competition on that front may be teammate Jarrett Allen, but Garland is now averaging 19.1 points and 7.6 assists for a team that&apos;s in the top five in net rating.Previous Rank: 8Record: 26-15Net Rating: +4.8Regardless of who&apos;s available, the Miami Heat seem to be competitive just about every night.On Wednesday, with Jimmy Butler missing his 18th game and Bam Adebayo missing his 23rd, the Heat annihilated an Atlanta Hawks squad that had both Trae Young and John Collins on the floor.There have plenty of unexpected game-changing performances from unheralded players like Max Strus, Omer Yurtseven, Caleb Martin and others, but the steadiest contributor might be Sixth Man of the Year contender Tyler Herro.He trails only Kyle Lowry among Miami players in total minutes played, and his 20.7 points leads all NBA reserves in scoring.Previous Rank: 3Record: 28-14Net Rating: +7.6Plenty of fans seem to have a hard time understanding the impact Rudy Gobert has had on the Utah Jazz throughout his career. After beating the Minnesota Timberwolves on Thursday, they&apos;ve now won 11 straight and leapfrogged the Utah Jazz for third place in the West.And their superstar point guard, Ja Morant, seems to be on a personal mission to validate teammate Desmond Bane&apos;s suggestion that he might be the best point guard in the NBA.Over his 12 games since returning from the league&apos;s health and safety protocols, Morant has averaged 25.3 points, 6.8 assists and 6.1 rebounds while shooting 49.8 percent from the field and 36.4 percent from three.Previous Rank: 2Record: 30-11Net Rating: +7.8Stephen Curry&apos;s weeks-long shooting slump is officially getting weird.After going 2-of-6 from three in Thursday&apos;s blowout loss to the Milwaukee Bucks, he&apos;s now shooting just 33.6 percent from deep over his last 10 games.The addition of Klay Thompson to the lineup hasn&apos;t really seemed to alleviate the defensive pressure Curry faces outside either.

As said here by Andy Bailey