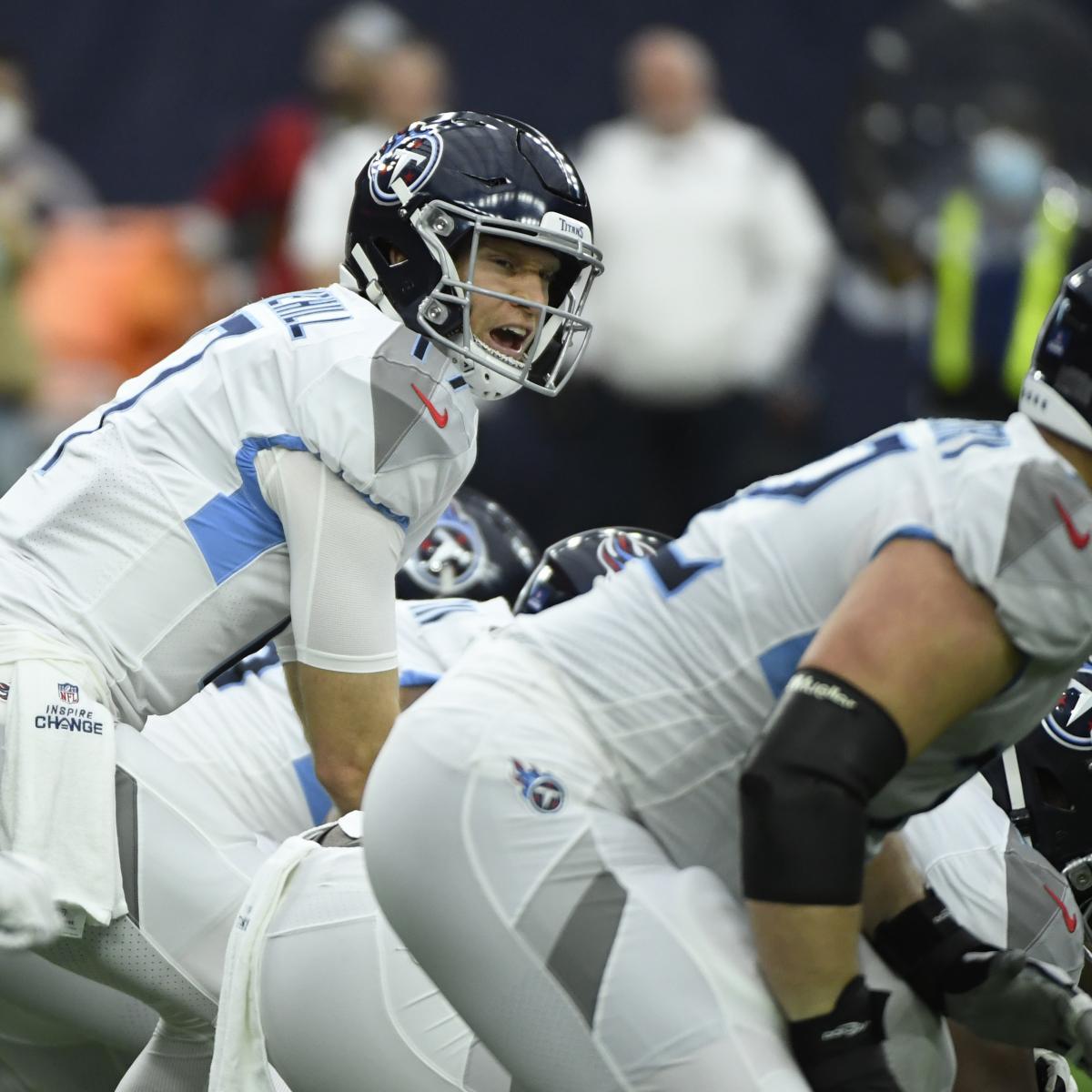 The other 12 teams will square off starting Saturday in the Wild Card Round.Just as they have all season long, Bleacher Report&apos;s NFL analysts have assembled to offer their take on how the league&apos;s teams stack up against one another, although this time, it&apos;s just the 14 postseason participants.Here&apos;s how Maurice Moton, Brent Sobleski and Gary Davenport view this year&apos;s playoff field—including a surprising ranking for one of those top seeds.Week 18 Result: Won at Baltimore 16-13Wild Card Round Opponent: at Kansas City Ben Roethlisberger is the Freddy Krueger of NFL quarterbacks: He just won&apos;t die.Had the Indianapolis Colts not choked in epic fashion in Jacksonville on Sunday afternoon, what the Steelers accomplished in Baltimore wouldn&apos;t have mattered. With that said, it&apos;s hard to envision these Raiders making it beyond the first round."Week 18 Result: Lost at Miami 33-24Wild Card Round Opponent: at BuffaloThe New England Patriots entered Week 18 with an opportunity to win the AFC East if they defeated the Miami Dolphins and the Buffalo Bills lost to the New York Jets.Neither of those things happened. The team has never made the postseason in his tenure as anything other than AFC East champions.While the Pats aren&apos;t exactly firing on all cylinders, Moton still thinks they can potentially do some damage in the playoffs."Aside from a 50-point game against the Jacksonville Jaguars in Week 17, the Patriots offense has struggled to score, finishing with 24 or fewer points in four of the last five weeks," he wrote. But since then, New England has dropped three of four.Week 18 Result: Won at Los Angeles Rams 27-24 (OT)Wild Card Round Opponent: at DallasAfter falling into a 17-3 halftime hole on Sunday and staring elimination in the face, the San Francisco 49ers did something that has never been accomplished before.They beat a Sean McVay-coached team that was leading at halftime.The game itself was a microcosm for what makes San Francisco hard to peg heading into the postseason. In Week 17, they a earned a decisive win over the NFC East champion Cowboys.But those same Cardinals got walloped by the Detroit Lions and squandered a chance to win the NFC West and host a playoff game when they fell at home in the regular-season finale to a bad Seattle team.Cardinals head coach Kliff Kingsbury told reporters that the team needs to flush Sunday&apos;s loss quickly and start looking ahead to their third meeting this season with the rival Rams."Everybody is zero and zero and our guys understand that," Kingsbury said. Getting the franchise&apos;s first playoff win since 1990 would be a big achievement, but a Super Bowl run doesn&apos;t feel especially likely."Week 18 Result: Won at Houston 28-25Wild Card Round Opponent: Bye Week As odd as this sounds, the Tennessee Titans must be glad that they won&apos;t have to face the Houston Texans again this season.Back in Week 11, the Titans were stunned at home by the Texans. So there&apos;s a healthy amount of skepticism that they will.Week 18 Result: Won at Philadelphia 51-26Wild Card Round Opponent: vs. But to get out of the Wild Card Round, they&apos;ll have to survive a third meeting this season with the rival Patriots.After dispatching the New York Jets to capture a second straight division crown, Bills quarterback Josh Allen made it clear to reporters that so far as he was concerned, Buffalo had a ways to go before this season could be considered a success."Nobody at the end of their career looks back and really figures out how many times you won your division. ArizonaWhat could have been.That&apos;s the thought that will dog the Los Angeles Rams this week.At halftime of Sunday&apos;s game against 49ers, the Rams were cruising toward a division title and the No. 2 seed in the NFC.Since Sean McVay took over as head coach in 2017, the team had never lost a game it led at intermission. Now that streak is over, and while Arizona&apos;s loss to Seattle gave the Rams the NFC West title, Los Angeles fell to the No. 4 seed and now has to face a foe that beat the Rams by 17 points at SoFi Stadium in October.Two Matthew Stafford interceptions played a big role in the defeat, and the veteran quarterback admitted after the game that he has to play better."It&apos;s important for our team, no question," he said. They have ruled the division since 2016.For the Chiefs, there&apos;s only one goal: winning a third straight AFC Championship, going to Los Angeles and winning Super Bowl LVI.Quarterback Patrick Mahomes admitted to reporters that the team will need to play better than it did in Week 18 in order to reach that goal: "I just feel like we haven&apos;t had that complete game yet. "Joe Burrow and his trio of exemplary wide receivers showed they can keep pace and outscore Mahomes and Co. The Chiefs should still be considered the favorites to capture another conference title, but they&apos;re far from certain to play at SoFi Stadium on Feb. 13."   Week 18 Result: Lost at Detroit 37-30Wild Card Round Opponent: Bye WeekIn 2021, the Green Bay Packers did something that no team in league history has ever accomplished.

As said here by NFL Staff