Best New Books Of The Summer

—A.R.I loved Kathy Wang’s 2019 debut, Family Trust, about a dying patriarch being coy with his wealth. —A.R.In one of the most anticipated titles of the summer, Ford, a former BuzzFeed staffer, writes movingly about her childhood growing up in Fort Wayne, Indiana, as the oldest daughter of a single mother and incarcerated father. The news that her father is getting out of prison after 25 years is the starting point of this memoir, but it’s really Ford’s alternating loving and contentious relationships with her mother and grandmother that form the beating heart of this book. —A.R.The stories in this vivid debut collection cover an admirably wide range. —T.O.Former New York Times reporter Daisy Hernández has crafted a trenchant work of investigative journalism in her latest book, weaving in cultural and political analysis, extensive research, and personal history as she chases down answers about her aunt’s tragic death from an underreported disease known as Chagas, or “the kissing bug disease.” Despite an estimated 6 million cases across Latin America and the US, Chagas remains largely (and, as Hernández discovers, willfully) neglected in the US because of who it disproportionately affects: immigrant Latinx communities with low incomes. —A.R.Intimidatingly prolific, Akweke Emezi, who has published four books in four years, starting with their stunningly original debut novel Freshwater, turns to nonfiction with this “black spirit” memoir, which takes the form of letters addressed to various friends, exes, acquaintances, family, and Toni Morrison. —A.R.In this poignant memoir-in-essays, nonbinary, transmasculine author Krys Malcolm Belc considers the ways parenthood honed his understanding of his gender, diving into the experience of pregnancy and birth — and the attendant expectations — from the perspective of someone who isn’t a woman, and who doesn’t feel at home within the category of “mother.” Reminiscent of Maggie Nelson’s The Argonauts, Belc’s memoir is both personal and philosophical, resisting mainstream notions of gender and family while exploring the interplay between the body and the self. —A.R.Shortlisted for the Booker Prize and in the works to become a film, Brandon Taylor’s debut novel, Real Life, was a literary hit. —A.R.When Catherine Raven left her abusive family at 15 years old, she quickly found solace in nature, first working as a park ranger, then getting her PhD in biology, and eventually building a small cottage in the remote woods of Montana where she settled into a mostly solitary life, with breaks to lead field classes and lectures. —A.R.Jeanne Thornton’s epistolary novel centers on Gala, a thirtysomething transgender woman who lives and works at a New Mexico hostel and spends her days writing letters to B---, the former lead singer of legendary ‘60s beach band the Get Happies. Two young girls wonder about the middle-aged man who keeps showing up at Chuck’s Donuts, the donut shop their mother owns (“...though she isn’t named Chuck … she simply thought the name was American enough to draw customers”) in “Three Women of Chuck’s Donuts.” A raucous afterparty becomes the scene of fast-flying recriminations among cousins in “We Would’ve Have Been Princes.” And gentrifying San Francisco takes a drubbing in “Human Development.” The force of So’s talent is the clear throughline throughout this book — that we won’t be able to read more of him is gutting. —A.R.YZ Chin (author of the superb 2018 short story collection Though I Get Home) captivates in her debut novel, which follows twentysomething Edwina in the aftermath of her husband, Marlin, suddenly leaving her. —A.R.This Moroccan-French author became internationally famous for The Perfect Nanny, a compelling story about a Parisian nanny who murders her client’s two children, and a withering critique of the impossible choices in modern motherhood. —A.R.Arianna Rebolini is the books editor for BuzzFeed News and is based in New York.

As said here by Arianna Rebolini 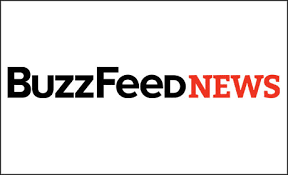