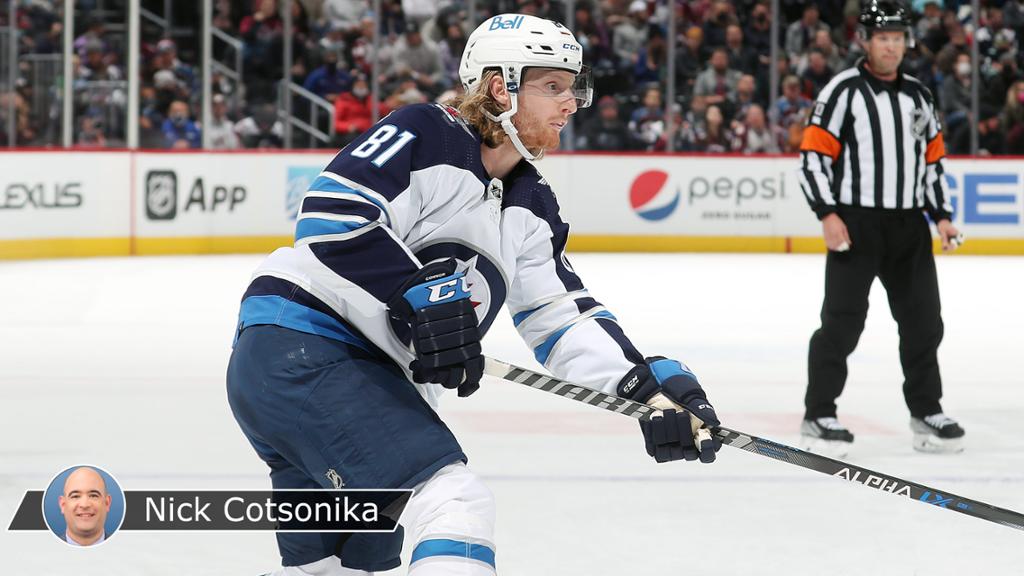 He'd put on tunes -- rock, country or rap, depending on the mood -- and shoot, shoot, shoot."That garage got destroyed," he said with a laugh.Now the Winnipeg Jets forward is headed to the 2022 Honda NHL All-Star Game at T-Mobile Arena in Las Vegas on Feb. 5 (3 p.m. ET; ABC, SN, TVAS, NHL LIVE) as one of the best goal-scorers in the League.Connor has scored 20 goals this season, tied with Tomas Hertl of the San Jose Sharks and Brad Marchand of the Boston Bruins for seventh in the NHL, including 17 at even strength, tied with Hertl for second behind Alex Ovechkin (18) of the Washington Capitals.Video: WPG@DET: Connor scores SHG in 3rd periodSince 2017-18, his first full season in the NHL, Connor (149) is sixth in goals behind Ovechkin (197), Auston Matthews (184) of the Toronto Maple Leafs, Leon Draisaitl (175) and Connor McDavid (168) of the Edmonton Oilers and David Pastrnak (157) of the Bruins. I think he's honestly pretty underrated throughout the League as a goal-scorer."Connor (right) played one season with future NHL goalie Alex Nedeljkovic (back), who now trains with him in the offseason and called him "always one of the hardest workers on the ice."* * * * *When Connor was little, his family lived in New Baltimore, Michigan. "It's fun."Connor wasn't big, and he had to find a way to separate himself from the competition playing for Belle Tire with future NHL players like Dylan Larkin and Zach Werenski against teams with future NHL players like McDavid and Robby Fabbri."Kyle's always done what he's doing now, which is just outwork the guy across from you and get pucks on net and play with a high level of speed and skill and agility," Smaza said. And he's doing the same thing now in the NHL."* * * * *Connor did not succeed in the NHL at first.After making the Jets out of training camp in 2016-17, he scored four points (one goal, three assists) in his first 19 games and was sent to Manitoba of the American Hockey League."I think it was for the best," he said.As much as Connor wanted to play in the NHL, he needed to adjust to the pro game. He scored in his first game."You've got to take advantage when you have an opportunity," he said.Connor led rookies in goals (31), was fourth in points (57) and finished fourth in voting for the Calder Trophy, awarded to the NHL rookie of the year. He just worked at it and worked on it."Connor scored 66 points (34 goals, 32 assists) in 82 games in 2018-19, setting NHL career highs.He set NHL career highs again in points (73), goals (38) and assists (35) in 71 games in 2019-20 despite the schedule being shortened due to the COVID-19 pandemic. Video: Top 10 Kyle Connor plays from 2019-20He scored 50 points (26 goals, 24 assists) in 56 games last season amid another shortened schedule, plus a triple-overtime goal to finish a sweep of the Oilers in Game 4 of the Stanley Cup First Round.This season, he's raising the bar even higher, with the best rates of goals per game (0.59), assists per game (0.50) and points per game (1.09) of his NHL career."He's continued to improve at the NHL level," Berenson said.