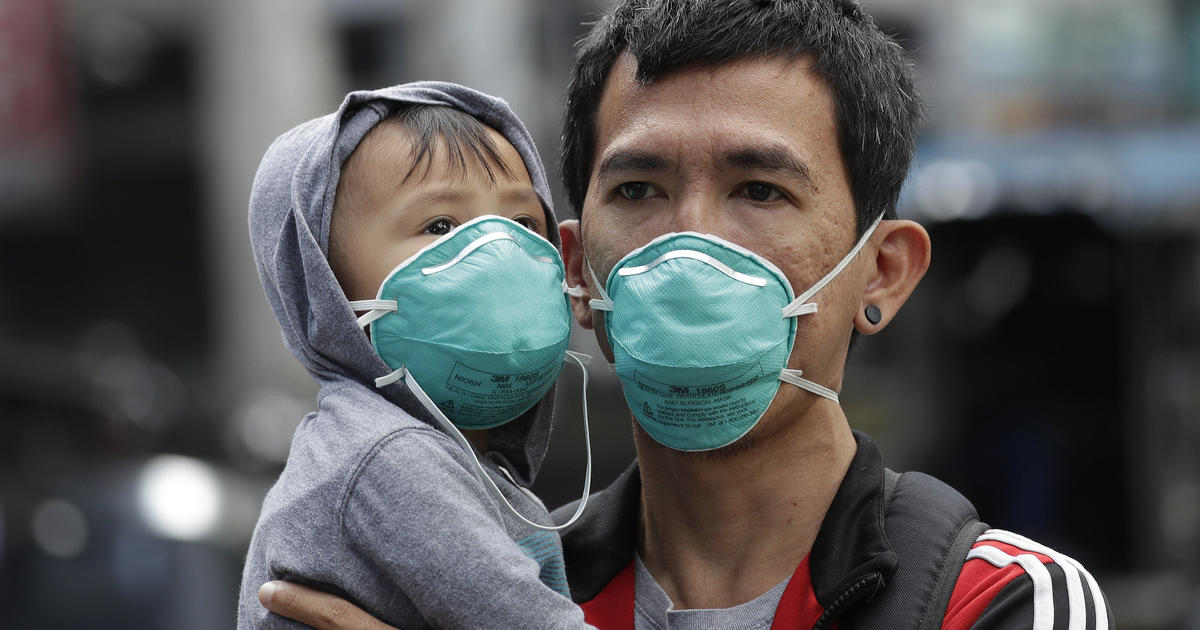 The coronavirus epidemic that started in China late last year continues to spread around the world, with hundreds more cases confirmed in South Korea on Wednesday and Italy and Iran racing to try and control smaller, but equally worrying outbreaks.The U.S. Centers for Disease Control and Prevention warned Americans Tuesday to be prepared for the COVID-19 illness to start spreading within the U.S. populace, saying it's a question of when, not if. On Wednesday, Health and Human Services Secretary Alex Azar said during a congressional hearing a new case had been confirmed in the U.S.Among the almost 1,300 cases in South Korea — the largest outbreak outside China — was a 23-year-old U.S. service member who has been ordered to self-quarantine in their home off-base. Stocks suffered two days of steep losses on fears about the virus' economic impact, and the president accused news outlets of stoking panic.Mr. Trump said in a tweet Wednesday morning that the country is "in great shape!" The president's appearance in the White House briefing room will be only the second of his presidency.Health and Human Services Secretary Alex Azar said Wednesday that a new coronavirus case had been confirmed in the U.S. Azar told a House subcommittee he was informed of the new case as he was coming to a hearing before the panel.Azar didn't give additional details, but said this is the 15th case involving travel or close contact with a traveler.The other cases in the U.S. are 42 evacuees from the Diamond Princess cruise ship in Japan and an additional three cases among Americans evacuated from the epicenter of the outbreak in Wuhan, China. The outbreak is focused in the northern regions of Lombardy and Veneto, but there were cases in other areas, including Rome.""Italian government authorities are working to identify how and where these people were infected," the State Department said in its Advisory on Wednesday, referring travelers to the CDC's Level 2 Travel Health Notice for the country.Spain on Wednesday issued assurances that a cluster of new coronavirus infections did not risk a broader spread, after nine cases were detected within a 24-hour period.Hundreds of tourists remained confined to a Tenerife hotel Wednesday for a second straight day as a precaution after an Italian man and his wife tested positive for the disease, which has so far killed 12 people in Italy. Two other Italians who were part of the same group of holidaymakers who flew to the island and were staying at the hotel have also tested positive and are in hospital, health authorities on the Canary Islands said.Five other cases have been detected in mainland Spain in the last day, including that of a 22-year-old Spanish man who recently returned from Milan and who tested positive for coronavirus on Wednesday, local health authorities said.These were all "controlled situations" which did not increase the risk of the spread of the disease to the "general population", Fernando Simon, director of the Centre of Coordination of Health Emergencies at Spain's Health Ministry, told a news conference.Stocks regained some ground in early trading Wednesday following a two-day rout sparked by fears that the widening coronavirus outbreak could stall global economic growth. Over the last four trading sessions, stocks in the U.S. have lost a total of $2.1 trillion in value.Chinese authorities have seized more than 31 million fake or inferior face masks and arrested more than 1,500 people suspected of manufacturing or distributing counterfeit or inferior protective materials amid the coronavirus outbreak, China's government said Wednesday.State-run news agency Xinhua quoted Vice Minister of Public Security Du Hangwei as saying police had "cracked" 688 cases involving the sale and production of "shoddy" safety equipment.There have been several rushes on face masks in Hong Kong and elsewhere amid fear of the deadly virus. "All countries, whether they have cases or not, must prepare for a potential pandemic." -CBS/APThere are now more new cases of the coronavirus reported each day outside China than inside the hardest-hit country, the World Health Organization said on Wednesday. - Associated PressDozens of passengers allowed off a coronavirus-stricken ship have developed symptoms including fever and will be asked to take tests for the virus, Japan's health minister said Wednesday.The news came as another death linked to the virus in Japan was reported and the government urged organisers of major events in the next fortnight to consider cancelling or downsizing them to help curb the spread of infections.The government has contacted 813 former passengers of the Diamond Princess cruise ship and found "45 people had certain symptoms", Health Minister Katsunobu Kato told parliament."We asked all of them (who have symptoms) to see a doctor and to take tests."Around 970 people were allowed off the boat last week after testing negative for the virus, but several have subsequently been diagnosed with the illness.Japan has come under increasing pressure over its handling of the crisis on the vessel.- Associated PressItaly's government reported Wednesday that the total number of coronavirus cases in the country — home to the largest outbreak outside Asia — had risen to 374. -AFPAs the Trump administration grapples with the growing coronavirus outbreak, Democrats vying for their party's presidential nomination at the tenth Democratic debate laid out their roadmaps for how they would respond if they were in the White House.Senator Amy Klobuchar, former Vice President Joe Biden and Senator Bernie Sanders advocated for increasing federal dollars for the Centers for Disease Control and Prevention (CDC) and the National Institutes of Health (NIH), saying a boost in their funding is crucial to ensuring the U.S. is prepared to deal with an outbreak.Biden positioned himself as the only candidate on stage who has experience working to fight and contain the spread of a deadly illness, as he was vice president when the Obama administration dealt with the Ebola outbreak that began in 2014 and ravaged West Africa.Klobuchar urged Americans to visit the CDC's website to ensure they are educated on what to do if they experience symptoms.A soldier with the United States Forces Korea has tested positive for the coronavirus, the USFK said in a Tuesday statement.