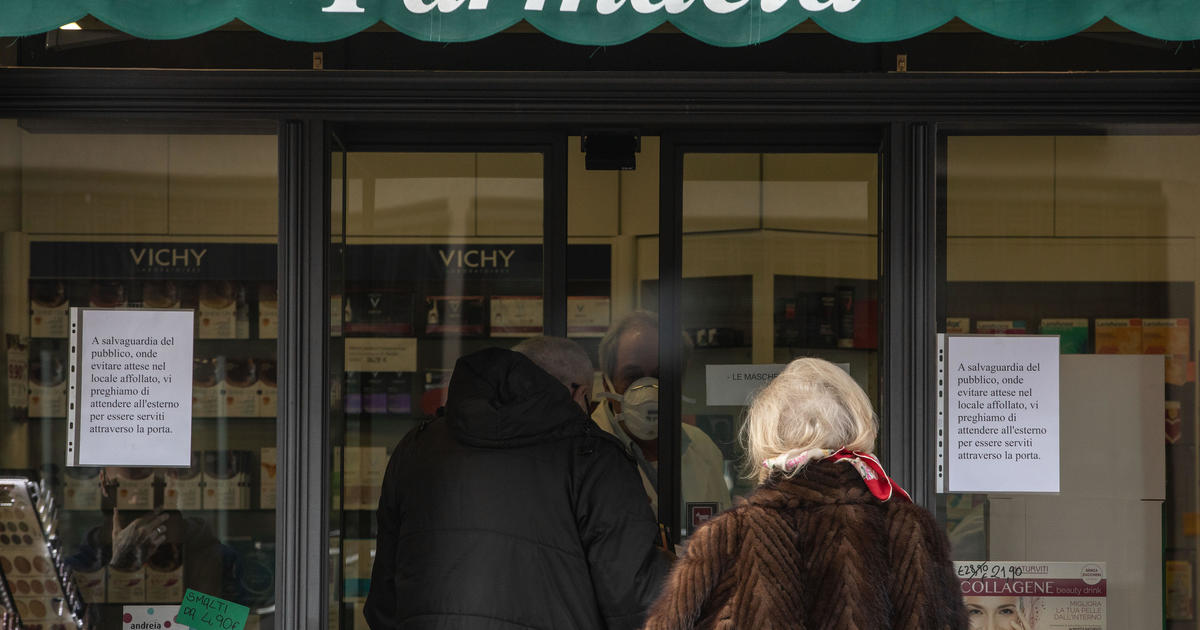 Correction: This post has been updated to clarify how much the White House is requesting from Congress.Health officials in China on Tuesday announced that there were an additional 508 cases of people with coronavirus on the mainland, 499 of whom are in the Hubei province where the outbreak is said to have originated. There are nearly 78,000 total cases so far, according to the Chinese government.China also reported 71 more deaths, bringing the death toll there to more than 2,600.Defense Secretary Mark Esper said Monday that the U.S. and South Korea are looking at scaling back upcoming command post exercises as a result of the coronavirus outbreak.The announcement comes hours after military officials announced that a United States Forces Korea dependent living in Daegu tested positive for the coronavirus. This is a more dangerous disease because it has a higher case fatality rate, because it spreads more quickly, because it shows up in a disruptive way," he said.WATCH: Epidemiologist @larrybrilliant tells CBS News Chief Medical Correspondent @DrLaPook the coronavirus will not be a “mass extinction event,” but will be a “rough ride." https://t.co/8tNB2tz24w pic.twitter.com/3VWPdLa1bABrilliant also said it's likely that the virus has already spread to more countries than the 35 or 40 that have officially reported cases so far."The major reason countries may not report is they don't have a testing kit or a testing facility to know the difference between a coronavirus infection and influenza or malaria. The World Health Organization chief said Monday the world should be working harder to contain the spread of the deadly new coronavirus, and should be preparing for a "potential pandemic."Tedros Adhanom Ghebreyesus said that so far, the WHO does not consider the outbreak that has killed more than 2,600 people a pandemic, but said countries should be "doing everything we can to prepare for a potential pandemic."— Agence France-PresseU.S. stocks fell sharply Monday as the coronavirus outbreak spreads well beyond China, raising fears about the economic impact of the outbreak on several continents. Iran's government vowed Monday to be transparent after being accused of covering up the deadliest coronavirus outbreak outside China, dismissing a lawmaker's claim the toll could be as high as 50.The authorities in Iran have come under mounting public pressure since it took days for them to admit to "accidentally" shooting down a Ukrainian airliner last month, killing 176 people.The government announced Iran's coronavirus death toll had jumped by four to 12 — by far the highest outside China — as its neighbours closed their borders and imposed strict quarantine measures.But Ahmad Amirabadi Farahani, a lawmaker from the holy city of Qom, south of Tehran, alleged the government was "lying"."As of last night, about 50 people have died" from the coronavirus in Qom alone, ILNA news agency, which is close to reformists, quoted him as saying after a closed session of parliament on the crisis.The government rejected the claim.— Agence France-PresseAfghanistan has detected its first novel coronavirus case, the country's health minister said Monday, a day after Kabul announced it would suspend air and ground travel to Iran, where 12 people have died from the outbreak."I announce the first positive coronavirus (case) in Herat," health minister Firozuddin Feroz told a press conference, calling on citizens to avoid travel to the western province which borders Iran.— Agence France-PresseA frequent visitor to a U.S. airbase in South Korea tested positive for the coronavirus, US Forces Korea (USFK) said Monday.The patient is a 61-year-old female who lives in Daegu, which is home to more than 2,500 U.S. military servicemen and women. It's a creepy thing  to have a sickness out there that's invisible and so easily transferable," he said.Police manned checkpoints around quarantined towns in Italy's north on Monday as authorities sought to contain cases of COVID-19 virus that have made Italy the focal point of the outbreak in Europe and fears of its cross-border spread.Civil protection officials said 219 people had tested positive for the virus and five people had died, including two elderly men in northern Lombardy.But officials still haven't pinpointed the origin of the contagion, which by Monday had spread to more than a half-dozen regions and prompted Austria to temporarily halt rail traffic across its border with Italy.— The Associated PressIraq on Monday confirmed its first novel coronavirus case in an elderly Iranian national living in the southern city of Najaf, according to health officials.Iraq had blocked travel to and from Iran days before announcing that the religious seminary student in Najaf is its first confirmed case.— Agence France-PresseChina on Monday declared an immediate and "comprehensive" ban on the trade and consumption of wild animals, a practice believed responsible for the deadly coronavirus outbreak.The country's top legislative committee met on Monday and approved a proposal "on comprehensively prohibiting the illegal wildlife trade, abolishing the bad habit of overconsumption of wildlife, and effectively protecting the lives and health of the people," state television reported.— Agence France-PresseChina's Ministry of Culture and Tourism issued a travel warning for any of its citizens going to the U.S. over stigma surrounding the coronavirus.Chinese tourists have repeatedly been treated unfairly in the United States due to excessive U.S. epidemic prevention measures and the security situation there, the ministry said in a statement.The statement went on to advise Chinese tourists to the U.S. to be aware of what security precautions might be in place and limit their travel.