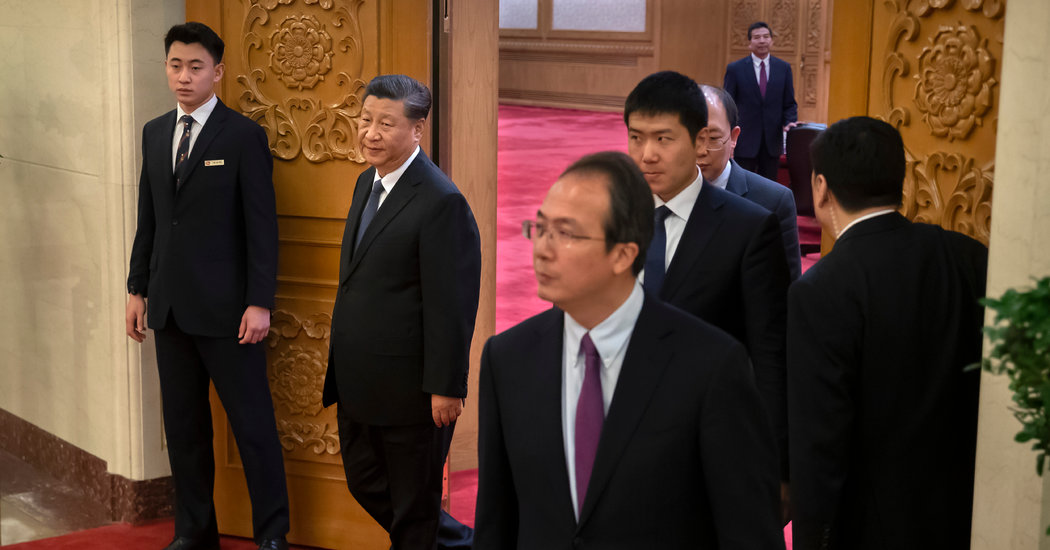 AdvertisementSupported byChina’s leader called the outbreak “a major test of China’s system.” Macau said it was closing its casinos, and Hong Kong reported its first death from the virus.By The New York TimesRight NowMacau, the world’s biggest gambling center, will close its casinos for two weeks.Convening a second special meeting of the Communist Party’s top political body on Monday, China’s leader, Xi Jinping, signaled a more assertive strategy for dealing with the coronavirus epidemic after days of seeming to retreat from center stage.The meeting was only the second public appearance by the Chinese leader since the local government in Wuhan, the city at the epicenter of the outbreak, took the extraordinary step of locking down the city on Jan. 23, an order that almost certainly was approved at the highest levels in Beijing.Mr. Xi dispatched the country’s No. 2 leader, Premier Li Keqiang, to Wuhan more than a week ago, when the death toll stood at 106. Xinhua reported that the committee called for an overhaul of environmental sanitation standards and for a crackdown on the trade in wildlife, which has been identified as the probable source of the outbreak in a wholesale market in Wuhan.A 39-year-old man in Hong Kong died Tuesday from the new coronavirus, the city’s Hospital Authority said.The death from the outbreak was the first in Hong Kong, a semiautonomous Chinese territory, and the second outside mainland China. American citizens and permanent residents who fly to the United States from China are now subject to a two-week quarantine.Cathay Pacific, Hong Kong’s flagship airline, said on Tuesday that it was temporarily cutting its flight capacity 30 percent, including suspending 90 percent of its flights into mainland China, as the coronavirus outbreak sharply reduces travel across Asia.The reductions were the latest blow to an airline that had already taken a significant hit from protests that roiled Hong Kong last year.The new cuts came days after Hong Kong’s government announced that flights into the semiautonomous territory from mainland China would be halved in an effort to contain the spread of the virus. I barely sleep,” he said.There is no evidence that companion animals like dogs and cats can be infected with the new coronavirus, according to the World Health Organization.A planeload of Australians evacuated from China’s Wuhan city arrived in the Indian Ocean territory of Christmas Island, where they are to be quarantined, Reuters reported on Tuesday.The Qantas Airways 747 carrying 243 passengers, 14 crew members, four pilots and officials from the Department of Health landed at a military air base about 700 miles north of Perth. Officials were not immediately available to confirm the arrival of the second charter flight.Another evacuation flight from Wuhan chartered by Air New Zealand, with 70 New Zealanders and an unspecified number of Australians on board, was expected to arrive in Auckland on Tuesday, The New Zealand Herald reported.There were 600 Australians registered in the Hubei region as of last week, and the Australian government has said it will consider further evacuations if needed.Australia on Saturday followed the United States in barring entry to all foreign citizens traveling from mainland China and raised its travel warning for China to the highest level, advising people against visiting the country.Even in countries still seemingly untouched by the outbreak, precautions are being ramped up.

As said here by The New York Times