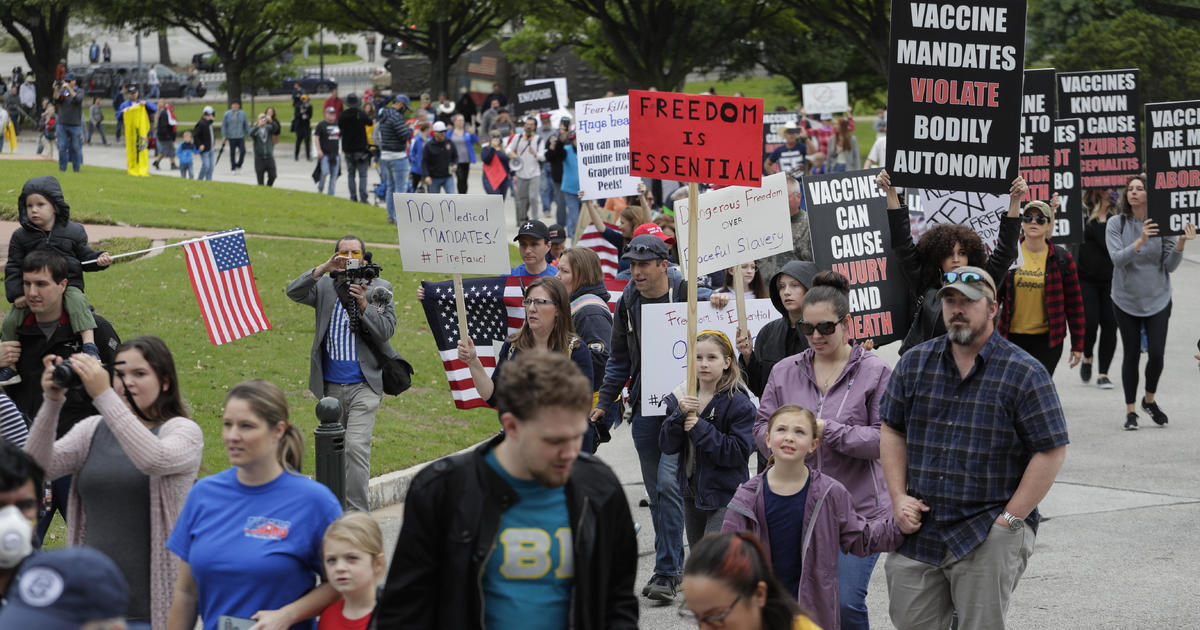 It's the lowest daily death rate in a week, according to Reuters.On Saturday, 482 people died, a drop from Friday's total of 575.The number of new cases Sunday also slowed to 3,047 from a previous 3,491, the Civil Protection Agency said.At one point, Italy had the highest death toll of any country in the world, but it has since been overtaken by the U.S. Since the crisis began, more than 23,000 people in Italy have died from coronavirus, according to Johns Hopkins.Italy has been on lockdown since March 9, according to Reuters, and there's no clear plan yet as to when it will reopen.As states begin looking to revive their economies, Massachusetts Governor Charlie Baker urged governors to implement contact tracing programs like Massachusetts has to identify residents who have tested positive for COVID-19 and those they have come into contact with the virus so they can isolate themselves and contain the illness."I think it's going to be critical for every state that wants to get open and back to something like a new normal to put some kind of mechanism like this in place," Baker said Sunday on "Face the Nation."Transcript: Massachusetts Governor Charlie Baker on "Face the Nation"Massachusetts is working with the organization Partners in Health, which Baker described as the "gold standard," to conduct contract tracing. "We have to reopen for a better future than we've had."Cuomo said 507 people in the state died from coronavirus on Saturday, another decrease from the day before.Dr. Scott Gottlieb, former commissioner of the Food and Drug Administration, warned Sunday the country is not "out of the woods" yet despite a leveling off in the number of new coronavirus cases in some areas of the country and as governors come under pressure to begin reviving their economies."The parts of the country that were later to enter their epidemic portion of this crisis, I think still are going to come out of it later, and you still have to be concerned about that," Gottlieb said on "Face the Nation." "And then really any part of the country is vulnerable, even rural parts of the country, saw that with South Dakota. So I don't think anyone's out of the woods right now."Transcript: Dr. Scott Gottlieb on "Face the Nation"Gottlieb said people "still need to be worried" about the Southeast and the Sun Belt, where parts of Florida, Georgia and Texas may see a spike in cases.Read more here.As the White House comes under criticism for testing capacity amid pressure for states to restart their economies, Dr. Deborah Birx, the White House coronavirus response coordinator, said the federal government is approaching coronavirus testing on a "community by community" basis."What we're trying to do is look at this in a very data-driven, granular scientific methodologies to predict community by community the testing that is needed," Birx said Sunday on "Face the Nation." "At the same time, working with every laboratory director across the country that have these multiple platforms to really understand and find solutions for them on their issues related to supplies."The Trump administration last week rolled out guidance for governors in determining when and how they should reopen their economies, which details three phases of criteria for areas to begin to return to normal. Now we've cleared 4 million overall."Pence said he believes testing capacity can increase with the help of governors."In 150,000 tests a day, we think we can double that number by working with governors to activate all of the laboratories in their states around the country that can do coronavirus testing," he said.As the Trump administration starts looking toward a return to normalcy in the U.S., public health officials say more testing will be crucial before any reopening of the economy.Treasury Secretary Steven Mnuchin expressed optimism that he and Democratic leaders in Congress are nearing a deal to provide more funding for small businesses weathering the devastating economic impacts of the coronavirus outbreak.In an interview with CNN's "State of the Union," Mnuchin said he and Democrats are "very close to a deal today.""I'm hopeful that we can reach an agreement, that the Senate can pass this tomorrow and that the House can take it up on Tuesday and Wednesday we'd be back up and running," he said.The Small Business Administration's Paycheck Protection Program, which was created to help small businesses keep employees on the payroll during the coronavirus pandemic, ran out of money Thursday.

As said here by Stefan Becket