Democratic senators say Joe BidenJoe BidenTrump campaign emails supporters encouraging mask-wearing: 'We have nothing to lose' Cuba spells trouble for Bass's VP hopes Democrats want Biden to debate Trump despite risks MORE shouldn’t be afraid to debate President TrumpDonald John TrumpWhite House sued over lack of sign language interpreters at coronavirus briefings Wife blames Trump, lack of masks for husband's coronavirus death in obit: 'May Karma find you all' Trump authorizes reduced funding for National Guard coronavirus response through 2020 MORE in the fall, countering other party figures floating the idea that he should skip the debates given his polling advantage and not risk giving Trump a lifeline.“We’ve had presidential debates for a long time now, and it’s been a way for a lot of people around the nation to be able to see the candidates in action,” said Sen. Elizabeth WarrenElizabeth WarrenCuba spells trouble for Bass's VP hopes Democrats want Biden to debate Trump despite risks Overnight Defense: Embattled Pentagon policy nominee withdraws, gets appointment to deputy policy job | Marines, sailor killed in California training accident identified | Governors call for extension of funding for Guard's coronavirus response MORE (D-Mass.), who is thought to be on Biden’s shortlist of potential running mates.“I know that Joe Biden will show who he is, a man of both empathy and competence, and I’d like the American people to have a chance to see that,” she added.Opinion pieces in recent days have criticized the tradition of presidential debates, some of them generally questioning their usefulness.But Joe Lockhart, a prominent Democratic strategist and former White House spokesman for the Clinton administration, wrote in a CNN op-ed that “whatever you do, don’t debate Trump” and was more specific and pointed in his advice to the Biden campaign.Lockhart wrote that Trump’s penchant for misleading statements means he is uniquely unsuited for the debate stage and that Biden, who polls show is ahead nationally and in key swing states, would be making a mistake in agreeing to the traditional three presidential debates.“It's a fool's errand to enter the ring with someone who can't follow the rules or the truth,” Lockhart wrote, noting The Washington Post has chronicled more than 20,000 misleading and false statements made by Trump since he took office in 2017.“Biden will undoubtedly take heat from Republicans and the media for skipping the debates. “Perhaps the President is afraid to be held accountable for his unprecedented and continuing failures of leadership during the worst public health crisis in generations, which has infected over 4.5 million Americans, cost over 150,000 lives, and leveled the strong economy Donald Trump inherited from the Obama-Biden Administration,” Bates continued.Asked why the Trump campaign hadn’t formally committed to three debates, Trump campaign spokesman Tim Murtaugh said in a statement that Trump is “looking forward to debating Joe Biden.”“Joe Biden is the only one who is being coy about showing up for debates, and he is the only one getting public advice from his supporters to dodge them,” Murtaugh said.Sen. Dianne FeinsteinDianne Emiel FeinsteinDemocrats want Biden to debate Trump despite risks Mini-exodus of Trump officials from Commerce to lobby on semiconductors Doug Collins questions Loeffler's trustworthiness in first TV ad MORE (D-Calif.), who served for years with Biden on the Senate Judiciary Committee, said Biden shouldn’t shy away from a debate.“This is a big race, and the answer is yes, I think he should,” she said.But Feinstein doesn’t think Biden and Trump needs to square off three times, which has been the traditional number of presidential debates in recent years.“I think one or two debates is sufficient,” she said.

As said here by Alexander Bolton and Morgan Chalfant 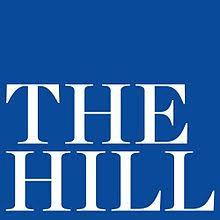