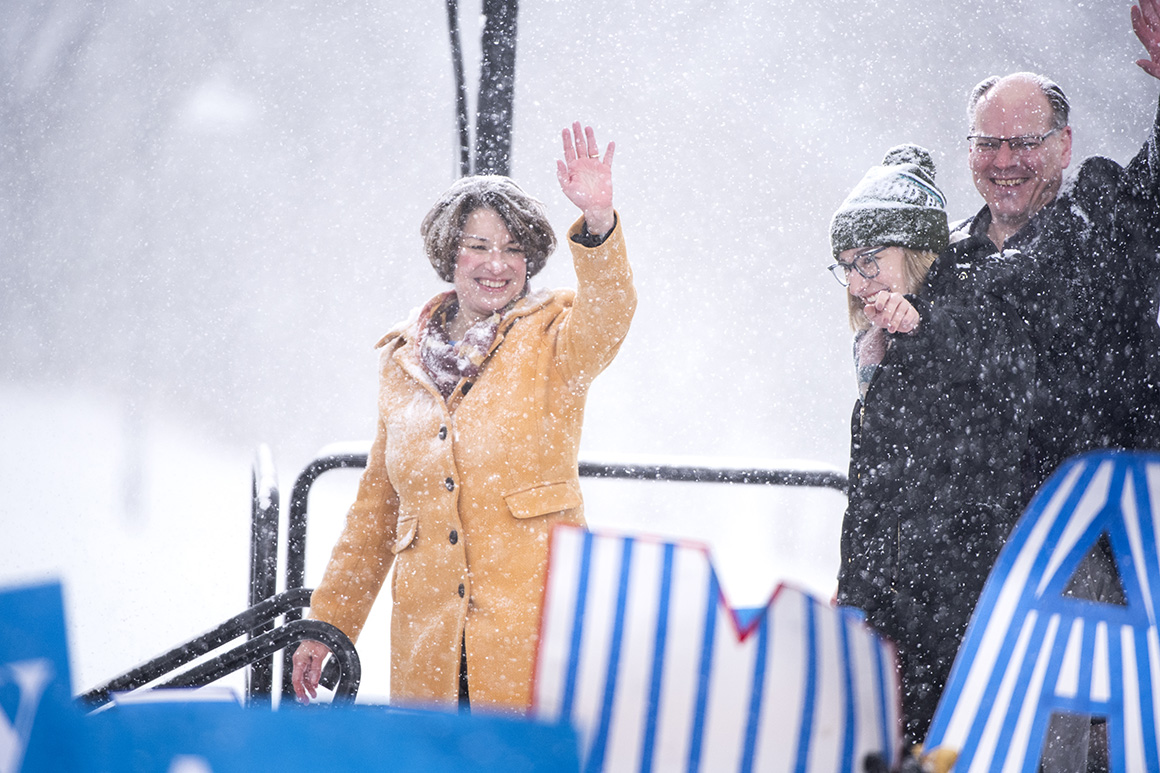 Updated 02/12/2019 05:05 PM ESTDemocrats hoping for a united front against President Donald Trump in 2020 are trying to avoid splintering over an increasingly thorny topic: the Israeli-Palestinian conflict.With an energized progressive base increasingly supportive of Palestinian rights, and a president who is stridently pro-Israel in his policy moves, Democrats are starting to grapple more than ever with the party’s once-reflexive support for Israel.Story Continued BelowThe 2020 Democratic presidential contenders are saying little publicly as they balance the competing interests. The controversy, coupled with the substance of the overall policy debate, has concerned Democratic consultants as much as it encourages Republicans who hope that Trump’s support of Israel will allow them to peel off Jewish voters, a key Democratic constituency.“What you have emerging are at least two Democratic views of Israel and a Republican view,” said Aaron David Miller, who has advised several presidential administrations on the Middle East conflict. Is the pro-Palestinian “boycott, divestment and sanctions” movement an acceptable form of protest against Israel?That last issue, nicknamed “BDS,” has laid bare the divisions among Democrats.Of at least seven U.S. senators running or considering vying for the Democratic presidential nomination, six of them — Cory Booker, Sherrod Brown, Kirsten Gillibrand, Kamala Harris, Bernie Sanders and Elizabeth Warren — recently voted against a measure from Florida Republican Sen. Marco Rubio that would allow state and local governments to not do business with companies that support boycotting, sanctioning and divesting from Israel.Democratic Sen. Amy Klobuchar — who has declared she is running for the White House — voted with the majority when the legislation passed, 77-23, last week. The Trump administration also has moved to downgrade the status of the U.S. Consulate General in Jerusalem, the diplomatic mission that dealt directly with the Palestinians, who did not want to go through an embassy linked to Israel.One campaign platform proposal being floated among Democratic consultants is to keep the embassy in Jerusalem but reestablish a diplomatic mission — possibly something beyond just a consulate general — in a part of East Jerusalem that Palestinians claim for a future capital.“There are discussions taking place about how to recognize the Palestinians’ connection to the East Jerusalem, to rebalance the ledger after Trump’s attempt to take the issue of Jerusalem off the table,” said Dylan Williams of J Street.But more left-leaning activists say that may not be enough.“They should move the embassy back,” said Yousef Munayyer, executive director of the U.S. Campaign for Palestinian Rights. That is the least that needs to happen.”For the most part, the numerous Democrats considering a White House run have not fully fleshed out their foreign policy ideas, much less their exact views on Israel and the Palestinians.Democratic activists say they expect a more intense fight than usual over the Democratic Party platform, especially on how it describes the plight of the Palestinians and whether it uses the term “occupation.”Supporters of Sanders, the independent senator from Vermont eyeing a second run for the Democratic nomination, are expected to push for a mention of “occupation.” Sanders’ side lost that same battle, and the nomination, when he ran in 2016.More moderate 2020 candidates or those aligned more closely with Israel are likely to argue against language such as “occupation” on grounds that it could offend Israelis, who prefer terms like “contested” or “disputed” and in some cases question any Palestinian claim to the territories.Democratic activists stress that the 2020 election is still a political lifetime away, but acknowledge that when it comes to Israel, Republicans are far more united in offering uncritical support.“The more contentious fight is going to be among Democrats,” said one Democratic strategist not yet affiliated with any campaign.

As said here by NAHAL TOOSI