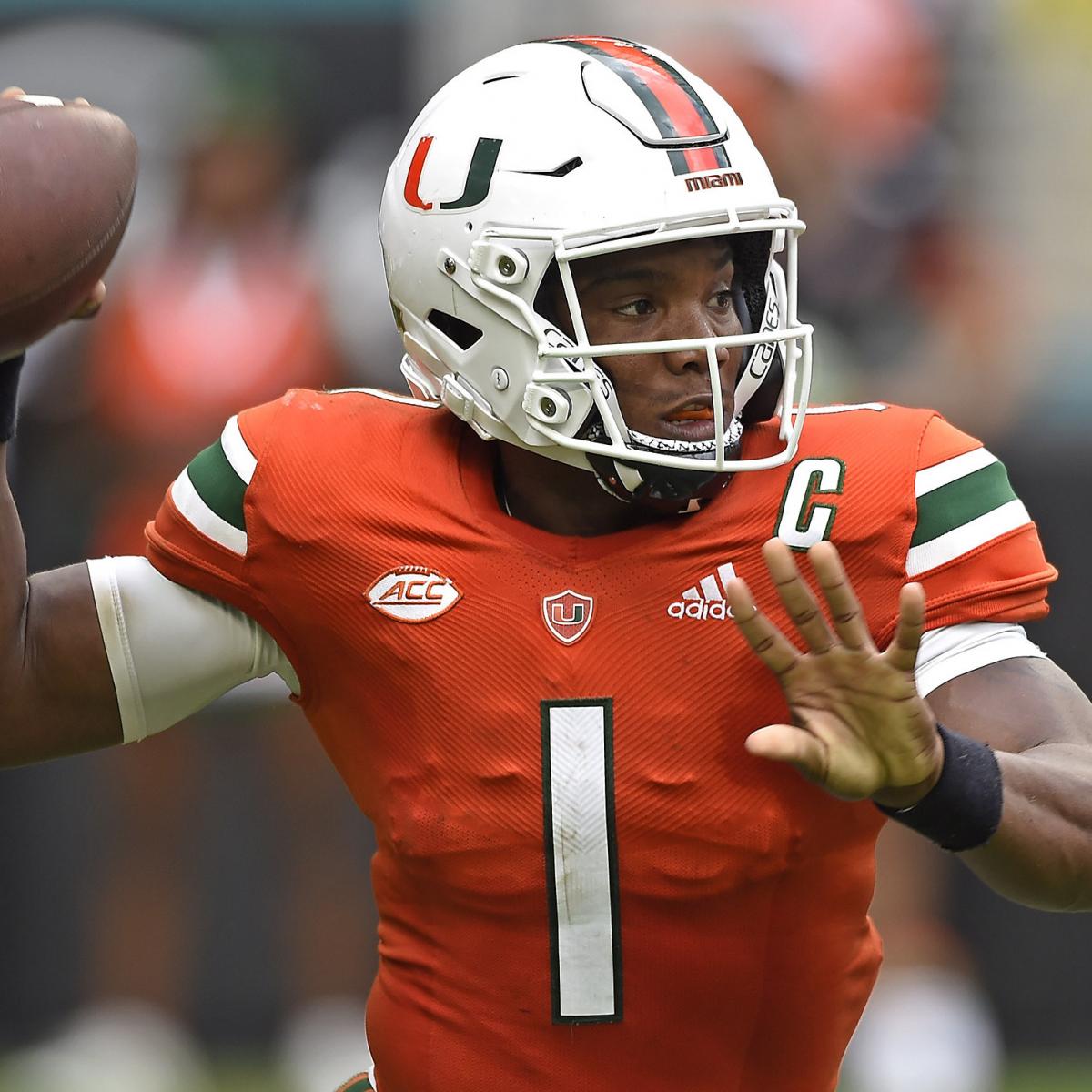 If first-round picks serve as the foundation of a team&apos;s roster, undrafted free agents are the joists to provide a sturdy floor. More former undrafted players made NFL rosters at the start of last season than those selected in the fifth, sixth and seventh rounds combined, per Spotrac&apos;s Michael Ginnitti. The Atlanta Falcons need bodies at wide receiver and everywhere else.The organization drafted USC&apos;s Drake London with this year&apos;s eighth overall pick. Otherwise, Olamide Zaccheaus is the team&apos;s top returning wide receiver with 31 catches for 406 yards.From there, the Falcons wide receiver depth chart consists of Auden Tate, Damiere Byrd, KhaDarel Hodge, Frank Darby, Chad Hansen, Austin Trammell and a few undrafted rookies.Stanley Berryhill III has an upper hand among the undrafted options because he showed continued improvement at a Power Five school. The wide receiver can contribute in different phases of the game, which makes him extremely valuable to a team that lacks weapons.The Baltimore Ravens crushed yet another draft class, though some weren&apos;t as bullish on their approach to take the highest-rated player on their board time and time again because the organization didn&apos;t adequately address wide receiver. And after trading Marquise Brown to the Cardinals, the Ravens need all the help they can get at wide receiver.No prospect experienced a greater fall from grace during this year&apos;s NFL draft cycle than Texas A&M&apos;s Jalen Wydermyer.The three-time second-team All-SEC selection looked like a future early-round pick based on his early play for the Aggies. A long-term plan should be in place since the team&apos;s trio of tight ends—Dawson Knox, O.J. Howard and Tommy Sweeney—are all free agents after the upcoming season. Since the Carolina Panthers didn&apos;t find a way to upgrade at the quarterback position, the next-best solution is building the best possible offensive surrounding cast.The selection of Ikem Ekwonu with this year&apos;s sixth overall pick was a great start. A lack of draft assets really prevented the team from doing much more, though Cade Mays&apos; selection in the sixth round should further help the team&apos;s rebuilt offensive front.General manager Scott Fitterer refrained from drafting any offensive weapons. The organization decided to concentrate on its secondary early in the draft and didn&apos;t select another offensive lineman until it chose Cordell Volson with a fourth-round pick.Cincinnati has plenty of bodies beyond their reworked starting group, but every team requires a quality utility lineman capable of playing center and both guard spots. The fact a 6&apos;2", 212-pound safety with 4.41-second 40-yard-dash speed went undrafted is surprising, though Bell is much better playing downhill with the ball in front of him than turning and covering targets down the field.Besides, the Cowboys aren&apos;t necessarily set at safety beyond this year since the team can easily get out of Jayron Kearse&apos;s and Malik Hooker&apos;s deals after the upcoming season. The Denver Broncos refrained from drafting an off-ball linebacker in this year&apos;s class.The team still has Josey Jewell to man the middle of the field, and it signed Alex Singleton this offseason after leading the Philadelphia Eagles in tackles the last two seasons. Jonas Griffith started four games in his second season, and he could certainly fill in behind those already mentioned.However, there&apos;s a vacancy for a fifth linebacker who can help on special teams.USC&apos;s Kana&apos;i Mauga doesn&apos;t just see a chance to make the team, though. Yet Goodson has 4.42-second 40-yard-dash speed, a natural ability to catch the football (70 career receptions) and production in the Big Ten Conference, which began during his true freshman campaign.Furthermore, Goodson worked in a pro-style system at Iowa and led the team in rushing each of his three seasons.The Houston Texans&apos; setup at safety is fascinating based on what&apos;s currently available, including those players acquired by general manager Nick Caserio. This year&apos;s second-round pick, Jalen Pitre, played over the slot on 74.3 percent of his career collegiate snaps, per Pro Football Focus&apos; Austin Gayle. Johnathan Hankins, Vernon Butler, Andrew Billings and Kyle Peko are operating under one-year deals with minimal investment—none of them will make more than $1.3 million this season.The likes of Bilal Nichols, fourth-round rookie Neil Farrell Jr., fifth-rounder Matthew Butler and Tagovailoa-Amosa can provide the type of looks the team eventually wants to employ.The Los Angeles Chargers knew they weren&apos;t done adding another edge-defender once the draft concluded. Hekker&apos;s punting average decreased in each of the last two seasons and hit a career-low last year at 44.2 yards per punt.General manager Les Snead did sign Riley Dixon this offseason, though his punting average last season basically mimicked Hekker&apos;s output.Los Angeles quickly signed Texas&apos; Cameron Dicker shortly after the draft ended. A lack of length became one of the primary issues why the Arizona State product went undrafted, as he is a 6&apos;7" blocker with 32 1/4-inch arms.However, the second-team All-Pac-12 performer ranked second among all of the available offensive tackle prospects in pressure rate allowed during true pass sets, per Pro Football Focus&apos; Austin Gayle. I&apos;ve played quarterback my whole life, but I think I can be a pretty good receiver, as well."Once upon a time, Julian Edelman made the same transition, though King brings previous experience as a wide receiver with 58 receptions during his first two seasons with the Houston Cougars. According to Pro Football Focus, Goodrich even graded higher last season than teammate Andrew Booth Jr., who landed in this year&apos;s second round. From there, the depth chart is questionable.General manager Jon Robinson drafted Rashad Weaver in last year&apos;s fourth round to help provide more pop off the edge, but Weaver suffered a season-ending leg injury in September.

As said here by Brent Sobleski