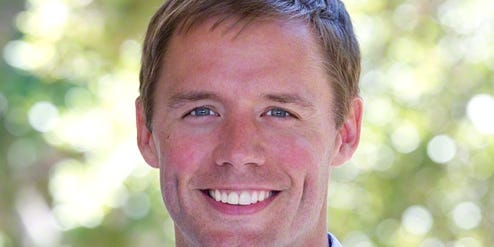 But I found surprisingly few first-hand accounts from founders or CEOs transitioning from their initial role, and even fewer that shared their full, authentic story of what really happened when they left and how they truly felt about the process.With limited precedent to guide me, I found the process extremely hard to manage, both logistically and emotionally.That&apos;s why I&apos;m writing this blog. But there was so much more to it than that.I don&apos;t remember the first time I told our board that I was exhausted and needed to step down as CEO. I later realized that the board interpreted my complaints as "typical founder/CEO exhaustion." I blame myself for that lack of clarity.For years I did a poor job of communicating the depth of my stress and exhaustion, a problem only compounded by the fact that, at times, I wasn&apos;t even sure of my own feelings. I don&apos;t know how we raised a big round from world-class investors right after a pivot, but we got it done.After we bought him out fully in 2019, I sent this feedback email detailing the ways in which he had disrupted our board and company. At the time, I told a teammate that it felt like I was playing seven-dimensional chess because of the complexity of the negotiations combined with so many conflicting challenges at work.What she didn&apos;t know — and what most people didn&apos;t know — is that during that same 18-month window, I was also juggling personal challenges that were far more stressful than the hurdles at work.As far back as college, I&apos;ve made hard decisions with the goal of building a great family. In a 30-minute Uber ride, I told my story multiple times over the phone to multiple administrators at multiple hospitals (for reasons that aren&apos;t relevant to this blog post, my medical case was uniquely and extremely complex).I remember no one said, "I&apos;m sorry" — they just processed the logistics with an icy, clinical precision that is probably required for someone to work in a cancer center. Please, you need to take a sabbatical — at least six weeks." He, and other board members, tried so hard to do the right thing and convince me to take care of myself.I think an element of my reaction is what Jerry Colonna calls "false grit" in "Reboot."But it was hard to turn away from persistence when it has been so crucial to any success I&apos;ve achieved. I explained that he couldn&apos;t possibly know enough to mean these positive things, and his comments only made me wish that he genuinely did.I had gotten to a place where I only focused on the losses and couldn&apos;t accept positive things.At times I thought I was sending up big red flares that I couldn&apos;t sustain my pace, but others were just seeing the normal ups and downs of a founder. It didn&apos;t matter: I could only feel pain.Finally, my daughter looked at me and said, "Daddy, why do you always look so sad?" She was five.It was the push I needed to change.In October 2019 I told the board that I planned to transition out as CEO. I need to come to terms with the end of my time as CEO, though I will still be here at CircleUp. Eventually I won&apos;t be. I worry about whether I will ever do anything again that I feel as passionate about: being the founder and CEO of CircleUp is the greatest job I&apos;ve ever had.I am confident some, especially in VC, will inevitably view my story as a lack of grit. I think so, but I can&apos;t know the answer to that any more than I can know how people will react to this account.My only hope is that it might help other founders feel less alone.Again, everyone has their things. I&apos;m trying to share my experience — the full and honest version — so that you hopefully don&apos;t feel as lonely on your journey. I want you to know that there are other founders/CEOs who feel that they have no choice but to "tough it out" in front of the teams, customers, or investors, despite what&apos;s going on at home.For me a perfect storm of personal problems unhappily coincided with some of the most critical business decisions and processes possible. I could have made it through for longer had I searched for help sooner — that isn&apos;t bad luck, it was me choosing not to lean on a broader team to get through the hardest periods.Primarily, I feel so much pride in what the team has accomplished and have absolute confidence in the company&apos;s bright future. I feel fortunate to have had the chance to start CircleUp with such a fantastic cofounder, someone who placed our shared values and the Company&apos;s mission above personal glory.

As said here by Medium