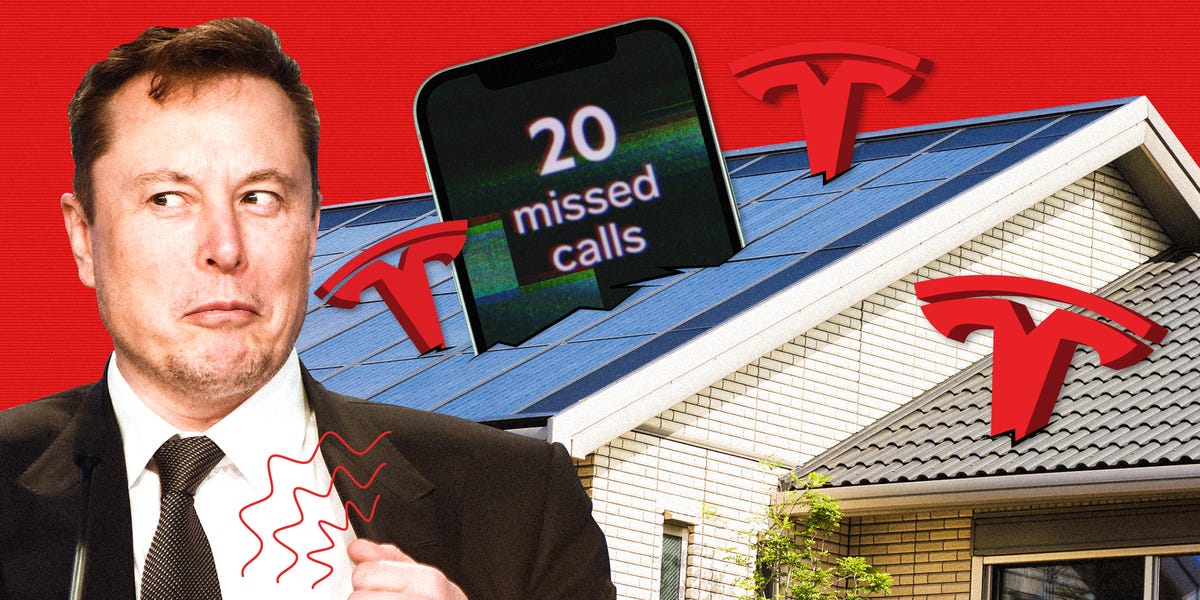 Free subscriber-exclusive audiobook!“No Rules Rules: Netflix and the Culture of Reinvention”Get it now on Libro.fm using the button below.When Matthew Amans signed a contract with Tesla Energy in June, he expected the company to install a sleek Solar Roof that would make his house in California more green.He didn't expect Tesla to bump up the price from $70,000 to $145,000 before the roof was up and ignore his calls to customer service.Amans, a radiology professor at the University of California, San Francisco, was one of many Tesla Energy customers to receive an unexpected email from the company in April jacking up the price of their contracts ahead of installation. Nine of them described disappointing customer service.They said they were left in the dark for weeks on end, ghosted by their dedicated "project advisors," or sent in dizzying circles around Tesla's online and phone complaint systems, sometimes leading to long delays when their roofs didn't work properly.Tesla did not respond to Insider's requests for comment.To get a Solar Roof, potential customers must put down a deposit of $100. Amans said that even before the price hike, communication with Tesla's customer service was frustrating."When I had my site visit for example, the evaluator told me to remove some shelving from the inside of my garage for the Powerwalls," Amans said, referring to the company's battery unit, which it now installs with every solar energy product following  an April announcement."A week later I got an email informing me to remove a tree from outside of my garage to make room for the Powerwalls. Of four prospective Solar Roof customers who said they had been hit with price hikes, all said they were offered free Powerwall batteries — which Amans said in an email was like a "$5k price cut off of the $76k price hike" — if they decided to proceed with their projects.The offer was made through an "automated note" rather than a customer-service rep, the anonymous customer who had their price hiked by $30,000 said.Customers who had their Solar Roofs installed ahead of the price hike have also run into problems with Tesla's customer service.After signing up for a roof in October, the software engineer Vladimir Vukicevic was frequently met with weekslong radio silence from various departments at Tesla as well as his dedicated "project advisor," he said. It was only after he publicly complained on Twitter that a Tesla representative called him to apologize and address his concerns, he said.It's unclear to what degree Tesla keeps an eye on social media for unhappy customers, but in January it advertised a job for a "Sales and Customer Support" role in Tesla Energy with a description that said candidates would have to "address social media escalations directed at the CEO with critical thinking."In the end, Anderson did not sign off on a Solar Roof, as the most Tesla could promise was a 27% energy offset.While Insider spoke to many customers infuriated by Tesla Energy's customer service, their experience wasn't universal.For example, Lawrence Husick, an intellectual-property lawyer based in Pennsylvania, had a Solar Roof installed in January after signing a contract with Tesla in August. He said he found customer service to be of the "highest quality," describing staff as "highly responsive and dedicated." Tesla's solar-energy division was created in 2016 when the company acquired a solar-panel company called SolarCity — headed up by Elon Musk's cousin Lyndon Rive — for $2.6 billion.It inherited customers who already had solar panels put up by SolarCity, some of whom told Insider that customer care has since deteriorated.