Google?s ambient computing vision is changing how the company works 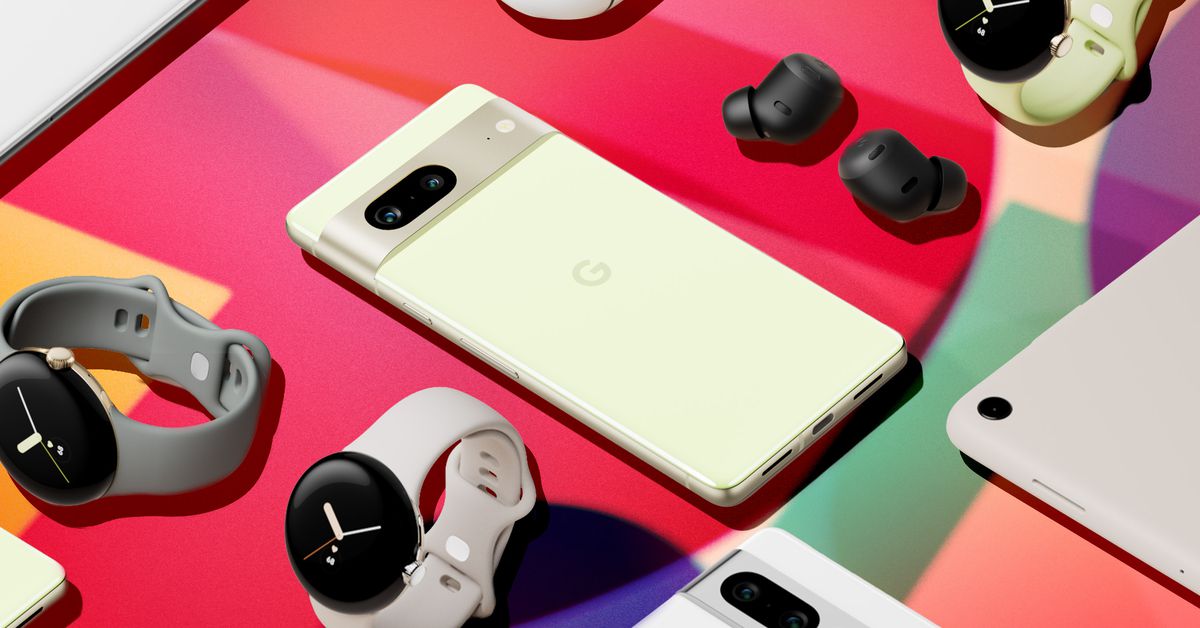 Now, Google treats Pixel like the tip of the spear: it’s meant to be both a flagship device and a development platform through which Google can build features it then shares with the rest of the ecosystem. The ambient computer was never going to come easily, and Google has made its own efforts harder in countless ways over the years.But at the very least, the company seems to finally understand what an ambient computer requires — and why “it has Assistant!” is not a sufficient answer — and is beginning the work to get it done.When I sat down with Osterloh over a video call a few days before I/O, he began to wax poetic about Google’s hardware division, every so often glancing down just out of frame. “And I have a Pixel 7, also in disguise.” He held up his wrist, too, with a Pixel Watch strapped to it.As we talked, Osterloh reiterated the usual Google pitch for ambient computing, but this time, it came with a bit of a twist to the familiar. The smartphone is the center of the computing universe for billions of users around the globe, and so the first version of Osterloh’s ambient computer will be built around a smartphone, too.That’s why, when Google set out to make the Pixel 6A — which is largely a cost-cutting exercise, trying to turn a $600 phone into a still-credible $449 one — one expensive part survived the cut. “And with that as the core, what you realize is like the thing that is essential to have across these devices is Tensor.” The Google-designed Tensor processor was the key feature introduced alongside the Pixel 6, largely as a way to improve its on-device AI capabilities for speech recognition and more. And now, it seems, it’s going to be a staple of the line: Osterloh said all the upcoming Pixel phones — and even the Android-powered tablet the team is working on for release next year — will run on its Tensor processor.The smartphone is the center of the universe for now, but you can already start to see how that might change. “But it’s also becoming very clear that there are other device form factors which are complementary and also critical to a consumer deciding which ecosystem to buy into, and which ecosystem to live.” That’s another way of saying the only way Google can get to its ambient computing dreams is to make sure Google is everywhere. “It’s kind of like you and I having a conversation,” said Nino Tasca, a director of product management on Google’s speech team. But if I’m already staring at you and ask you directly, you know I’m talking to you.” Google is obsessed with making everything natural and conversational because it’s convinced that making it easy is actually more important than making it fast.The same logic applies to search, which is quickly becoming a multi-sensory, multi-modal thing. “Our vision is to make the whole world around you searchable, so you can find helpful information about whatever you see, hear and experience, in whichever ways are most natural to you.” That has forced Google to reinvent both the input of search, leaning on voice and images just as much as the text box, as well as the output. Google seems to be going out of its way to try and make users feel comfortable with its presence: it’s moving more AI to devices themselves instead of processing and storing everything in the cloud, it’s pushing toward new systems of data collection that don’t so cleanly identify an individual, and it’s offering users more ways to control their own privacy and security settings.

As said here by David Pierce