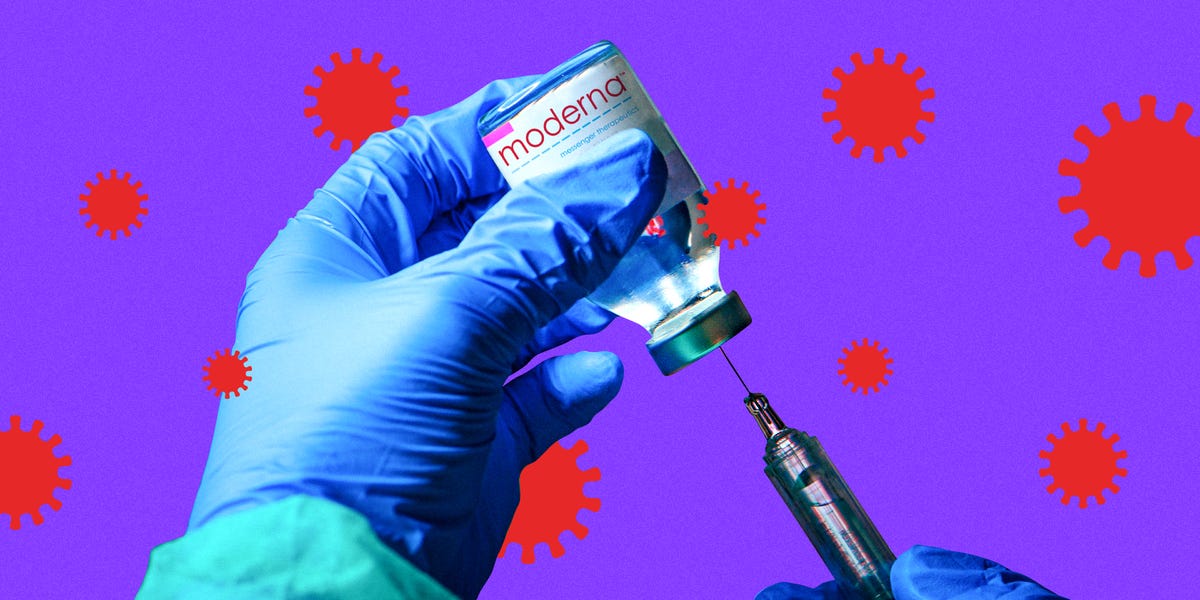 Bancel urged the Graham to let him know when government scientists had the virus&apos; genetic sequence.His company, Moderna, was ready to get to work.Now, less than a year later, Moderna and the NIH have developed a vaccine that appears to be highly effective at preventing people from coming down with COVID-19, the disease caused by that new virus. The speed with which Moderna and another program, led by Pfizer and BioNTech, have worked to develop a vaccine against a new virus is unprecedented.If both vaccines secure emergency-use authorization before year&apos;s end, about 20 million Americans could be immunized in December, leading government scientists say. An emergency OK could mark the beginning of the end of the coronavirus&apos; hold on the world.Beyond the pandemic, Moderna is now among a handful of companies looking to usher in a new era of vaccine research, built around technologies that are far faster than traditional methods. Graham&apos;s team could craft antigens that they believed could neutralize these viruses, but it took too long in practice to use their discoveries to thwart Ebola and Zika outbreaks."We decided we need to be more proactive and start getting ahead of the game of pandemic preparedness," Graham said in an October interview with Business Insider.Looking for a partner that could help create vaccines more quickly, Graham&apos;s team started working with Moderna in 2017.Graham&apos;s lab had mapped out 25 virus families that could infect humans and cause massive problems for the world. Moderna and the NIH started early lab work on two vaccines: one against the bat-borne Nipah virus and another against a coronavirus responsible for MERS, or Middle East respiratory syndrome.Both were built with Moderna&apos;s genetics-based technology, a potentially powerful but unproven way of developing vaccines.At a basic level, vaccines work by giving cells a taste of a virus, just enough for our bodies to recognize it as an intruder and pump out virus-fighting proteins — called antibodies — to fight future invasions.For decades, vaccines contained a dead or weakened version of the virus itself. "What you could probably do is make this a whole new way of making drugs, vaccines, almost anything," Bob Langer, one of Moderna&apos;s founders and a famed MIT professor, told Business Insider.Read more: The untold story of Moderna as the biotech&apos;s coronavirus vaccine faces a test that could make it one of the most consequential startups of all timeThe grand vision persuaded investors to pump record sums of money into the privately held company: $110 million in 2013; $450 million in a 2015 round; $474 million more the following year; and $500 million in early 2018.That culminated in an initial public offering, in December 2018, the largest in the biotech industry&apos;s history. There are no federally approved mRNA-based therapeutics or vaccines on the market, and, before this pandemic, there were no late-stage study results that showed the approach worked in humans.In November 2019, Graham and NIH officials toured Moderna&apos;s facilities, discussing with company&apos;s executives the plan to start human testing for the Nipah-virus vaccine.After exchanging emails in early January about the mysterious viral outbreak in China, Graham and Bancel agreed during a phone call that it was time to put their early research into practice."We said, &apos;Well, instead of working on something that could happen, why don&apos;t we work on something that is happening and do our demonstration project on the coronavirus,&apos;" Graham recalled.NIH scientists targeted the spike protein, which the virus uses to latch onto healthy cells and infect them. In that same time, about 100 employees at Moderna — one-tenth of the entire workforce — worked around the clock alongside NIH scientists to develop a coronavirus vaccine.That period was full of "crazy hours, short nights," Bancel said in an interview in March, adding: "They did what they had to do to get things done."In the first lap of a marathon race, Moderna&apos;s technology excelled.

As said here by Andrew Dunn