'I'm not a Bernie Bro': Sanders' base splinters in California 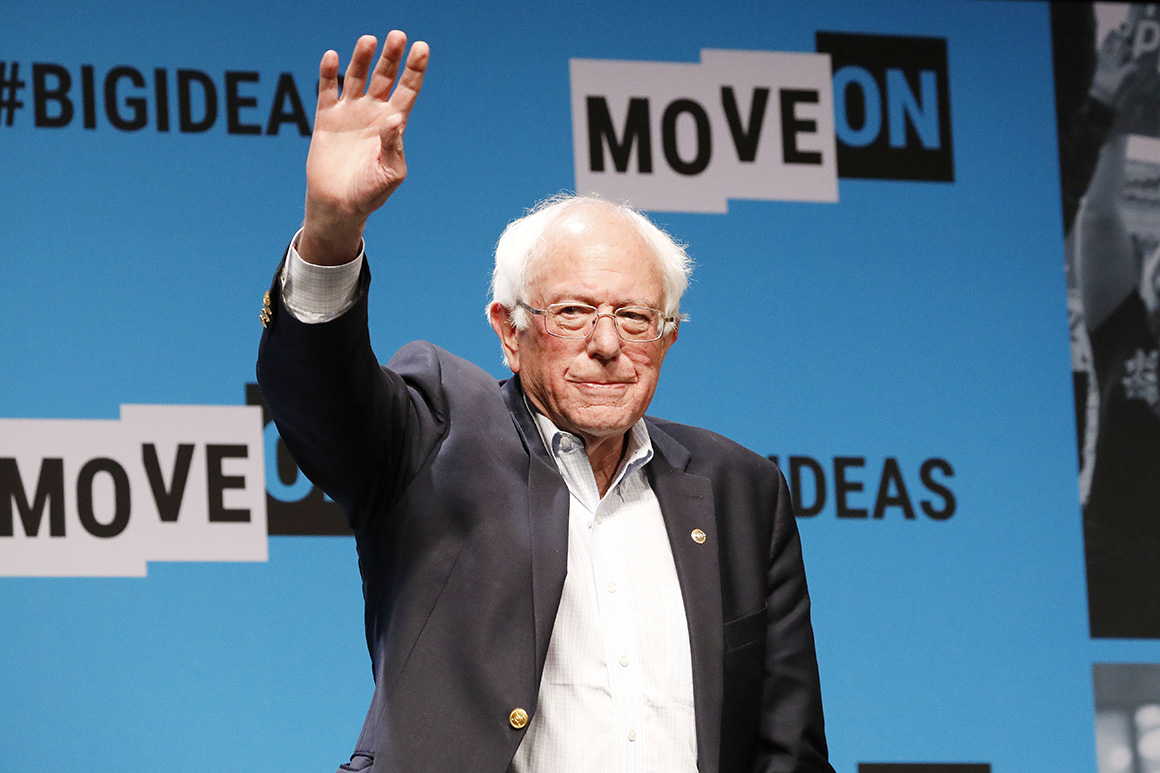 Now, he is making the delegate-rich, early voting state, where progressives are ascendant, a central part of his 2020 campaign.But as the Vermont senator sets up camp here again, he finds himself in a different and perhaps less favorable environment, without Hillary Clinton to play off, surging energy behind a progressive rival in Elizabeth Warren and a popular home-state senator, Kamala Harris.Story Continued BelowA crush of events this weekend centered around the state Democratic Party convention here — from ballroom speeches to intimate meals to a liberal forum organized by the influential group MoveOn — laid bare the emerging scramble to cut into Sanders’ progressive base. “Last time, Sanders was able to run as the only progressive against an establishment candidate,” said Doug Herman, a California-based Democratic strategist. In the mix of Baby Boomers and Millennials, many wore T-shirts emblazoned with “Persist” and clutched signs that said, “She Has A Plan.’’At the end of an hour-long speech, Warren offered to stay as long as necessary so that “everyone gets a selfie.”John Foster, a party activist from the city, voted for Sanders last time, but said he’s searching for a different voice and a different candidate — with the priority being one who can unseat Trump.“I’m not a ‘Bernie Bro,’” he said, adding, “Bernie Sanders and Joe Biden feel a little tired to me.” Harris' plan to pay women equally to men drew a standing ovation at the liberal event while the loudest cheers on the party convention floor came amid her calls to impeach Trump.Sanders, who addresses the full convention Sunday, focused his MoveOn remarks on ideas that have become commonplace in the party like Medicare for all. O’Rourke and Julian Castro have both traveled to the Central Valley recently, and Buttigieg is scheduled to appear at a town hall in Fresno on Monday.Dan Gordon, a North Hollywood Democratic strategist who runs the "Schmolitics" podcast and served as a delegate for Sanders in 2016, said he remains a “big supporter of his ideas.” Though he may support Sanders again this year, he said, he is still looking at others, including Warren, Buttigieg and Harris, and he wished Sanders wouldn’t run.“I think he’s divisive, and it’s not entirely his fault,” Gordon said.

As said here by CHRISTOPHER CADELAGO