In The Garden Of Eden: How This Self-Taught Producer Is Crafting K-pop's New Sound

At the end of the concert, ATEEZ’s leader and rapper Hongjoong points to Eden from the stage and calls him the “father” of the group’s music. "I told [my parents] I was studying in some formal setting when I was actually learning in my room by myself, using the internet." His education was simple: He bought books about programming, listened to music, and explored different genres on the piano by ear.“I was obsessed with the idea of becoming a real musician,” he scoffs, shaking his head.In 2010, a music file he sent to a friend reached affiliates of Source Music, and he officially debuted as half of a producing unit called Eden Beatz. “Actually the wording he used was 'I like your eyes,’” Eden says, still bemused by the turn of phrase, which was likely meant to imply that a certain “it” factor was apparent in his gaze.But Eden wasn’t in a place to question the offer, which felt like his “last hope.” He joined KQ and lived in his studio for the next two years, producing music for his solo debut. “They told me, ‘He wants to become an idol who writes his own music,’ and asked me to teach him,” Eden says, smiling. “If I don't produce good music, the impact is greater for the eight members than it is for me,” Eden notes. Despite his reputation as a well-rounded producer, he had become known for the signature ballad-like sound of his greatest hit to date, “Missing You.” No one at KQ was confident that he could make music for what he calls “dancing idols.” But Eden had a plan. “Come on, sit down.” Ollounder, who claims the pair of black slippers, runs to put on socks.Buddy was Eden’s first recruit; the two had worked together on a project of solo collaborations called “EDEN_STARDUST.” LEEZ, who produces the brooding rock-pop of girl group Dreamcatcher, followed. The group's potent blend of trap, pop, and hip-hop was a hit with KQ.For ATEEZ’s third album, Treasure Ep.3: One to All, the team realized they needed more help and pulled in Ollounder, their final member, who still works with LEEZ on Dreamcatcher’s music as part of a trio called Super Bomb. ("He's probably working on Dreamcatcher right now," Eden says, chucking a thumb towards Ollounder’s open studio door.)Ollounder’s name is a play on the Korean pronunciation of “All Rounder,” which is apt considering that each member of Edenary was chosen for their high level of skill across multiple disciplines. Eden explains the difference: A composer is “someone who makes music and sells it to someone else," whereas a producer “sets the foundation for a group’s entire creative concept with their music, envisioning the piece’s visuals, creative, and choreography, and working with other teams to bring that vision into focus."They’ve maintained that identity across a sizable body of work, spanning five EPs and two albums in just over a year. "If you think ATEEZ’s universe is like a movie, we’re probably 15 minutes in right now, in terms of the timeline,” Eden hints.Musically, the group’s sound pulls from far-reaching influences. If you listen to the work we’ve released so far, you can see our attempt to mix in sources and sounds from across the world — from the U.S., India, and Brazil, to various countries in Africa." LEEZ adds, “It’s a bit of rock, a bit of hip-hop, a bit of everything.”As Eden continues to release music solo and through his ongoing collaborative series EDEN STARDUST, Edenary has begun producing other projects outside of ATEEZ. 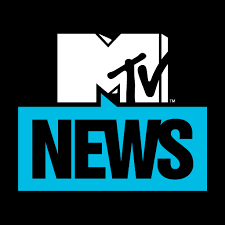