Mikie Sherrill Is Not Feeling the Pressure 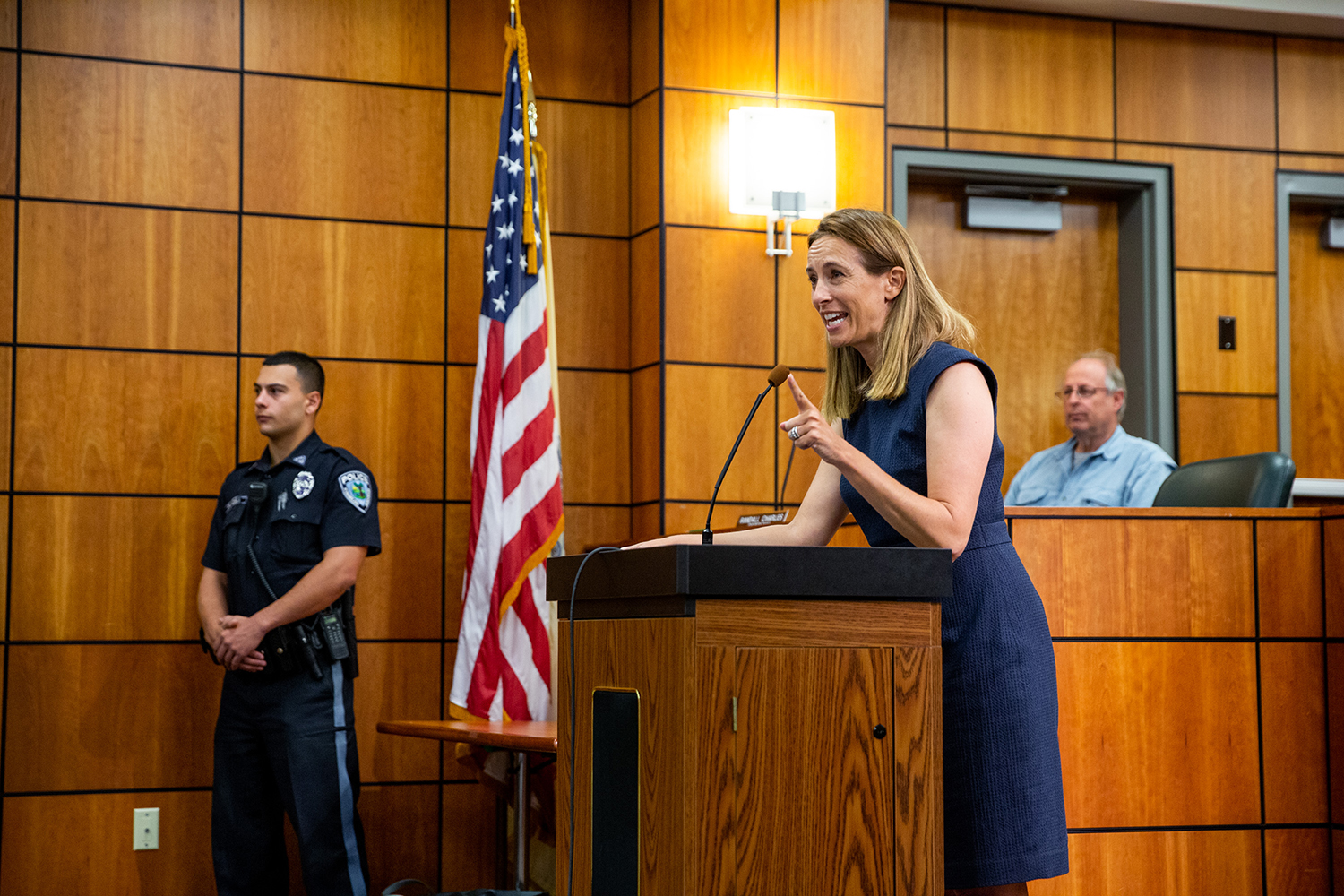 “And President Trump, I believe, and a lot of people believe, is 10 times worse than President Nixon,” Schraft told Sherrill. And in this moment of relative quiet, in this overwhelmingly Republican borough in New Jersey’s 11th Congressional District, a district that hadn’t voted for a Democrat in three and a half decades before it voted for Sherrill last year, the low, firm voice of a woman floated from the rear of the room.“Don’t do it, Sherrill.” “She’s ducking the issue,” he said.“But you’re going to support her, anyway, right?” I asked.“Well, we’ll vote for her,” he said.It’s something I’ve heard over and over from voters like Schraft in this district. She wanted, she told him, to hear from Mueller—that wouldn’t happen for another two months—and she wanted, too, to be able to read “the full, unredacted report.”“I think we’re in a good spot right now,” Sherrill said to Gavin. “I think what we’re doing right now is what we need to be doing.”By August, though, more and more progressives in the 11th saw this stance as unacceptably circumspect.“We are writing as your constituents with growing fervor and alarm over the lack of urgency,” Laura Valente and three other Nutley residents said in a letter to Sherrill dated August 1. It was an apt kick-start to the month.The following week, in Sherrill’s district headquarters in Parsippany, the self-described “Crossroads of North Jersey,” Valente and the other letter-writers met with her for half an hour.“I told her that growing up, being a student of history, I always imagined that I would have the courage to have hidden Anne Frank or to have marched across the Edmund Pettus Bridge,” Valente told me, “and that this moment in time in the history of our nation once again calls for that level of courage.”Sherrill responded, Valente recalled, with her belief that probable acquittal in the Senate would embolden Trump and amount to implicit and precedent-setting approval of his conduct. She would change her mind, Valente heard Sherrill say, if and when the majority of Americans supported impeachment, which continues to not be the case.After Sherrill expressed similar sentiments in the middle of the month on “The Daily,” the popular New York Times podcast, a man from Parsippany admonished her in a letter to the editor in a local publication. “Other people said, ‘Quiet down, you’re wasting time,’” she said with a laugh, “so it wasn’t like the whole room adopted this like, oh, you know, pitchforks mentality.”Still, with the topic in the air, a different woman asked Sherrill to explain her position, again, and she did, again.“If we don’t make a strong enough case to the American people, and right now I don’t think we can do that without more, the president will be acquitted,” she said, “and we will now have two branches of our government that have said that his behavior is acceptable and that is how we want our president to act. “I think,” she said, “we are building a very strong investigation, and I think we’re doing the right thing.”I’ve been to four of her town halls this year. She kind of walked away from me,” Dakin said.“Maybe I’ll lose,” he granted.“If she switched parties, I’d get out of the race right now—before I even get in it,” he added.“If you’re a leftist Democrat,” he said at the tail end of our time together, “you’re not with Sherrill.”I’m not so sure.At a town hall last week at the Cedar Crest retirement home in Pompton Plains, Nat Arkin, 93, asked the very first question. “I know you’re opposed to impeachment now, and I’d like to know: If not now, when?” Sherrill answered the way she answers. “There’s no way in hell I would vote for a Republican at this time in my life, with what’s going on in the country,” he said.When I talked to Laura Valente, the woman who wrote Sherrill the letter and met with her in her office and stoked the chants at the Verona town hall and hollered that focusing on anything other than impeachment at this point is akin to mowing the lawn while the house is on fire, I asked if she still was going to vote for Sherrill next year. For now, though, would he vote again for Sherrill?Gavin hesitated not at all.“I would go for her rather than any Republican I can conceive of,” he said.

As said here by MICHAEL KRUSE