Millennials and Gen Z will bring down the GOP ? if Democrats don't screw it up 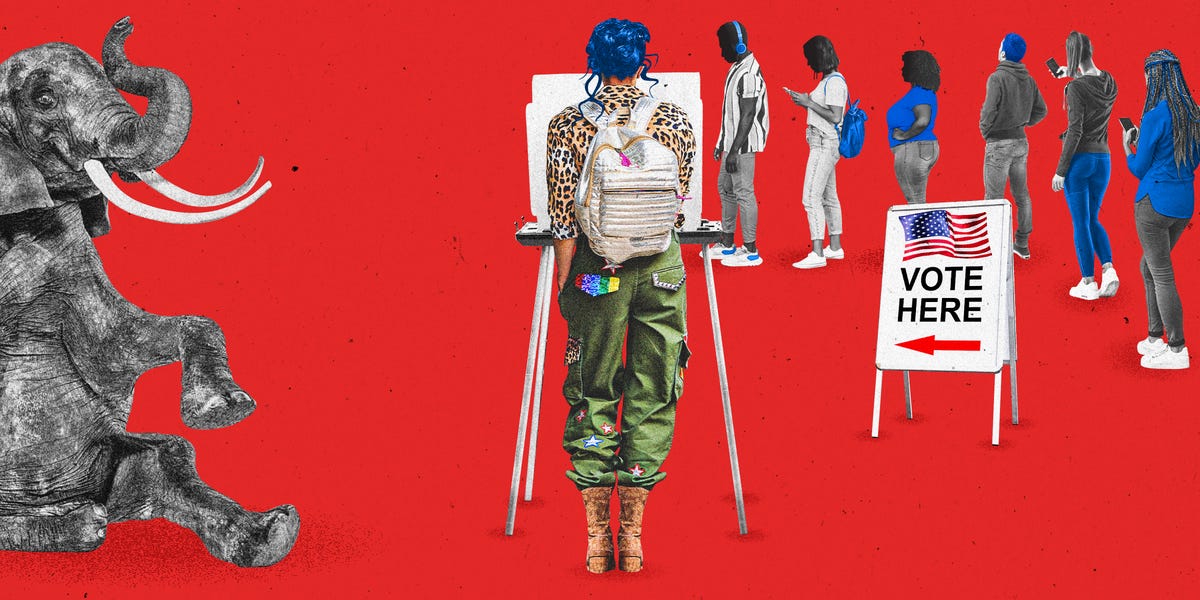 And while Republicans have benefited from previous generations growing more conservative as they age, millennials are holding on to their progressive politics even as they push 40."Those values that younger people bring into this are replacing the values from the less educated, more religious monoculture," said John Della Volpe, director of polling at the Harvard Kennedy School Institute of Politics and a consultant for Biden's 2020 campaign. "Every single day, through generational replacement, America is becoming more progressive."But the growing gap between young and old voters doesn't mean that Republicans won't be able to win elections in the short term. If Democrats tilt their agenda and message too far in the direction of young voters, pollsters say, they risk alienating the working-class support the party needs to forge a winning coalition."The country is getting more cosmopolitan, more liberal, more educated, and more secular — and that should translate to gains for the Democratic Party," said David Shor, head of data science at Open Labs, a left-leaning political research and consulting firm. Young Republicans break from their older counterparts on a wide variety of issues, including climate change, racism, policing, gender equality, and immigration.Part of that generational divide stems from the racial diversity of millennials and Gen Zers. And while older white voters worry about the rapidity of cultural and demographic change, Cox said, "that concern is either nonexistent or not that strong among younger folks — even younger Republicans."As a result, a host of polls have found, the GOP finds itself increasingly out of sync with its youngest voters. By targeting voters based on education rather than age, Shor said, the GOP has an opportunity to undercut Democrats among working-class voters of color, some of whom have more in common with blue-collar whites than highly educated millennials. According to a YouGov Blue poll earlier this year, cancel culture is a top concern among Republicans younger than 45 — especially white men who feel their social status is threatened by rapid social change."Social and cultural issues are a huge place where Republicans and young voters diverge," Soltis Anderson said. "Economic populist messaging works best with younger voters because they're particularly economically stressed," said Patrick Ruffini, a Republican pollster with Echelon Insights.Sean McElwee, executive director of the left-leaning think tank Data for Progress, said the GOP's emphasis on economic populism will be accelerated by corporate America's distaste for the party's culture wars, and the deaths and declining generosity of major Republican donors. If the GOP can peel off enough young Republicans to buttress its support among working-class whites and Latinos who lack a college degree, it can create a working-class coalition that could temporarily stem the demographic tide of millennials and Gen Zers.

As said here by Eliza Relman