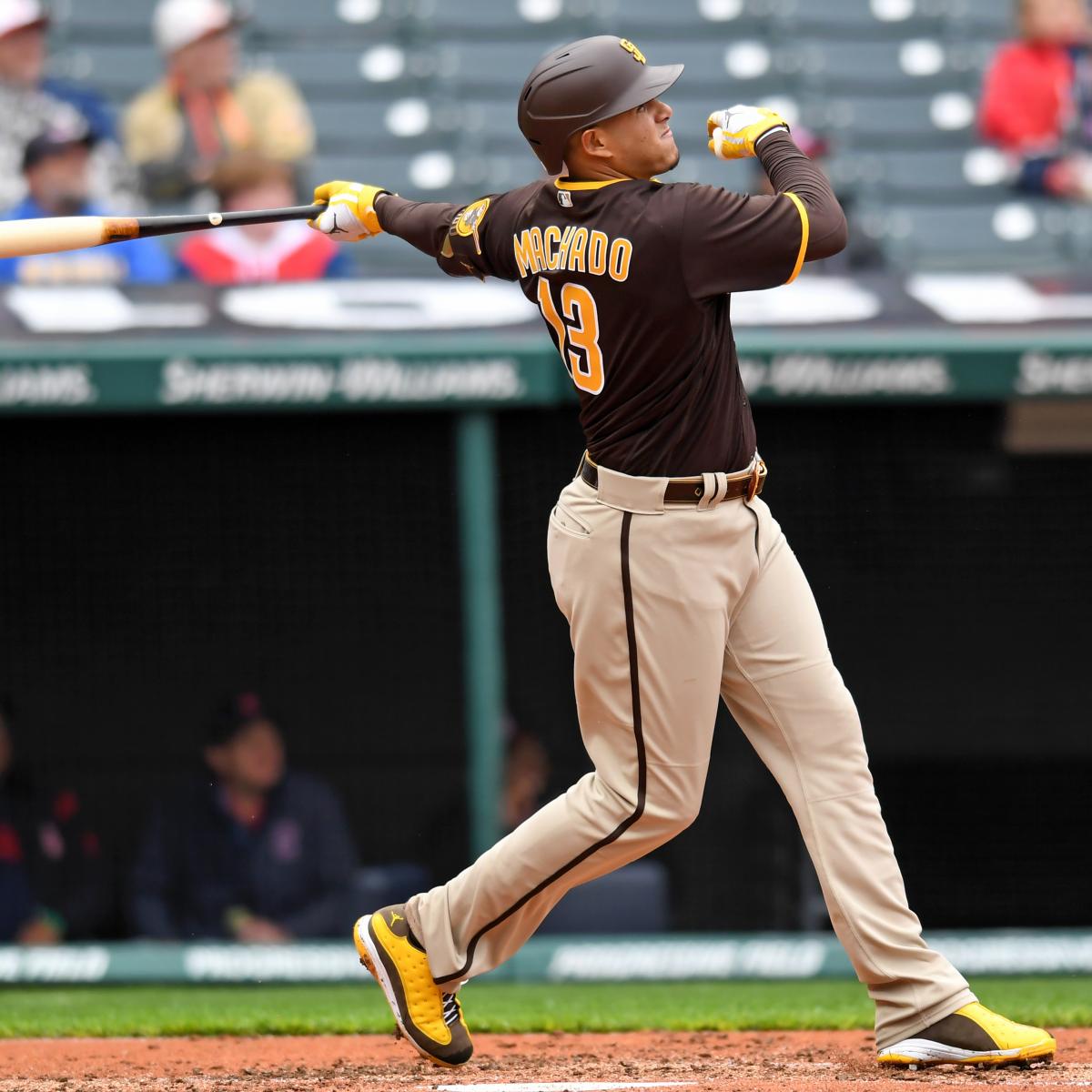 "Hot Corner" is taking on a whole new meaning in 2022 with San Diego&apos;s Manny Machado, St. Louis&apos; Nolan Arenado and Cleveland&apos;s Jose Ramirez among the best hitters in Major League Baseball.Based on a combination of contact, power, plate discipline and baserunning, we&apos;ve cobbled together a ranking of the current 10 best hitters in baseball. Although, with two home runs and three stolen bases in his first eight games back from a torn ACL, Acuna is already making quite the case for the top 10.Honorable Mentions: Jazz Chisholm Jr., Eric Hosmer, Ty France, Tommy Edman, Wander Franco, Tim Anderson, J.P. Crawford, C.J. Cron, Rowdy Tellez, Shohei Ohtani, Bryce Harper, Mookie Betts, Ronald Acuna Jr., Fernando Tatis Jr.Unless otherwise noted, statistics are current through the start of play on Sunday, May 8.Preseason Rank: Not RankedContact: ATaylor Ward is already starting to come back to earth with just four hits in his last 18 at-bats, but he is still leading the AL with a .356 batting average. Baserunning: D+Since the start of last season, Ward is just 2-for-5 on stolen base attempts and has taken extra bases (advancing more than one base on a single or scoring from first on a double) at a rate a bit below the MLB average this year.Preseason Rank: Not RankedContact: A+The Cleveland Guardians are loaded with guys who are hitting for average, and rookie Steven Kwan is one of their best. Plate Discipline: A+"Swing and miss" isn&apos;t in Kwan&apos;s vocabulary.Among the more than 200 players with at least 70 plate appearances this season, Kwan&apos;s 1.9 swinging strike percentage is the best by a mile. Only one stolen base so far in 2022, though he did hurt his right knee just one week into the season.Preseason Rank: No. 9Contact: AWhen you think of Aaron Judge, you probably think of a mountain of a man at the plate who can hit the ball very far when accomplishing the home run portion of his three true outcomes (HR, BB or K) approach. Baserunning: B-Judge hasn&apos;t been much of a runner in his career, but he does already have a pair of stolen bases and is leading the Yankees with 17 runs scored. The Guardians third baseman has nearly as many home runs (seven) as he does strikeouts (10), and that&apos;s in spite of a 5.7 swinging strike percentage a bit higher than his career average. While his raw power gets most of the attention, let&apos;s not forget he batted .311 last year while leading the majors in total bases (363).Guerrero has been in a bit of a dry spell over the past two weeks, batting just .200 in his last 11 games. As far as FanGraphs is concerned, Guerrero&apos;s baserunning has been worth negative-10.3 runs above average.Preseason Rank: No. 1Contact: AJuan Soto&apos;s batting average (.260) is down a good bit from the previous two seasons (.322), but he does already have nine multi-hit games and appears to be heating up for the Washington Nationals. But Soto is the patron saint of patience at the dish, drawing walks on nearly 20 percent of plate appearances.This year in particular, he isn&apos;t seeing many strikes. He&apos;s 3-for-3 in stolen base attempts just in the past two weeks, though, so maybe things are changing.Preseason Rank: Not RankedContact: A+Nolan Arenado&apos;s batting average dropped off a cliff in recent years. He does get a good number of doubles and a few triples every year, though.Preseason Rank: No. 7Contact: A+With the exception of a 40-game stint with a .220 batting average in his "pre-rookie" season (2011), Mike Trout has hit at least .281 in each and every season of his MLB career. He&apos;s already up to six home runs and 15 extra-base hits in 2022.