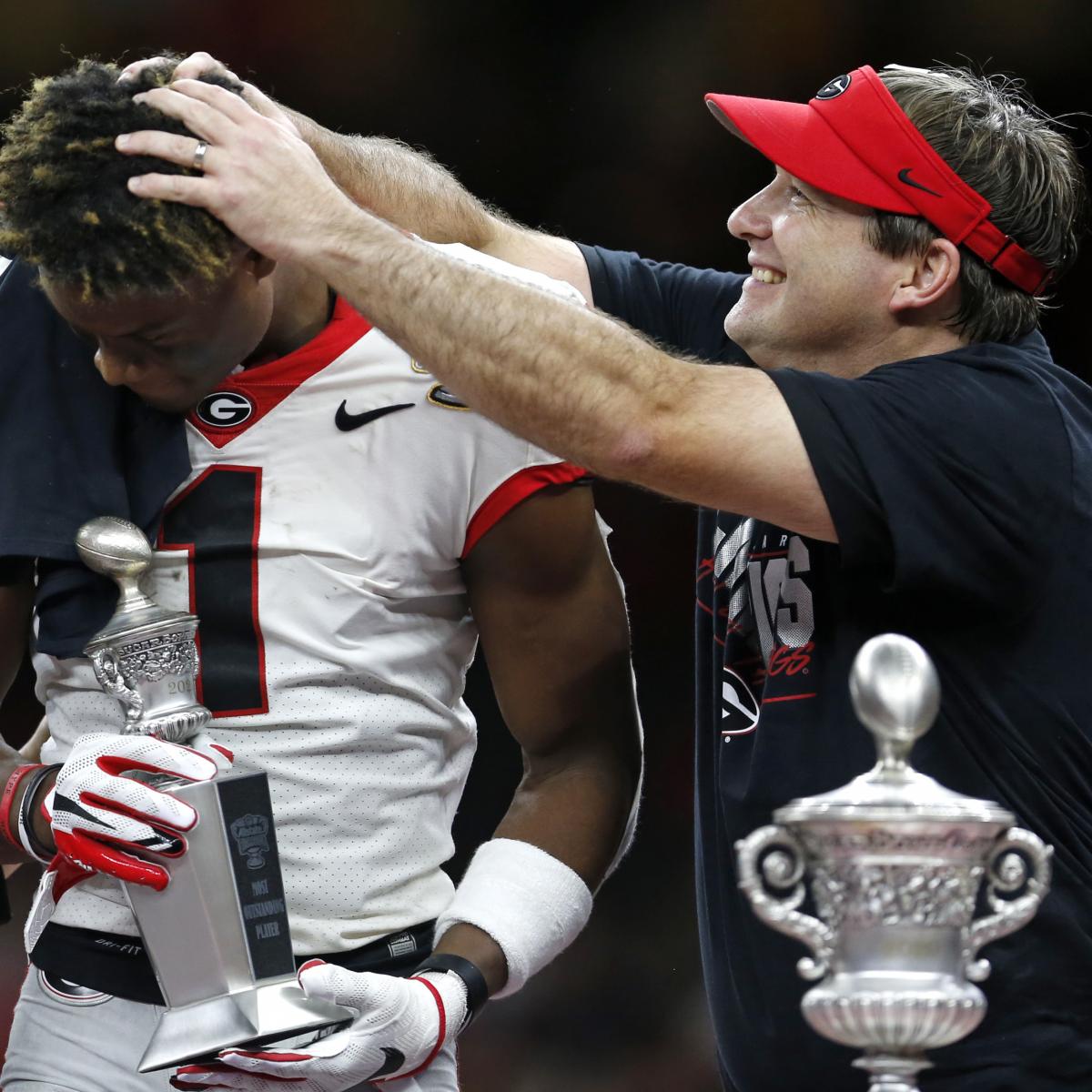 South Carolina GamecocksClass size: 24 (one 5-star, eight 4-stars, 15 3-stars)Biggest late signing period news: Despite drama leading up to Wednesday, 5-star defensive lineman Jordan Burch signed with the Gamecocks, giving head coach Will Muschamp one of the best players in the country.That's a major sigh of relief for the Gamecocks.Instant impact duo: This is an easy pick for the Gamecocks. Penn State Nittany LionsClass size: 27 (11 4-stars, 16 3-stars)Biggest late signing period news: There was no news for Penn State in the late period, as head coach James Franklin signed a full class that included two Canadians, two JUCO players and a large, deep group of high schoolers in the early session.Instant impact duo: 4-star outside linebacker Curtis Jacobs has the quick-twitch ability that is so difficult to teach. Oregon DucksClass size: 22 (three 5-stars, seven 4-stars, 12 3-stars)Biggest late signing period news: Flipping offensive lineman Jayson Jones from Alabama was a major recruiting victory for head coach Mario Cristobal, who should have one of college football's top offensive lines in the nation in 2020 and needs to retool it for the future. New defensive coordinator Chris Ash will look for ways to utilize his speed and skill set right away.Class size: 23 (13 4-stars, nine 3-stars)Biggest late signing period newsThe biggest news of Tennessee's day and the late period was when the Vols put the full-court press on 4-star receiver Malachi Wideman, who originally committed to Florida State before flipping Wednesday. The former Florida State commit is an explosive addition to the rotation.Wideman is an explosive, big-bodied athlete who can help fill the void with the departures of senior receivers Marquez Callaway and Jauan Jennings.4-star Harrison Bailey is an elite passer who could unseat Jarrett Guarantano as the Vols starting quarterback, but Guarantano figures to start at the beginning of the season.Class size: 25 (one 5-star, 17 4-stars, six 3-stars)Biggest late signing period newsThe Gators' biggest headlines from the late period had little to do with high school recruits and everything to do with the transfer portal. He'll be a force to be reckoned with and already has an SEC body.Class size: 26 (two 5-stars, 13 4-stars, 11 3-stars)Biggest late signing period newsThe Aggies made a huge splash Wednesday by landing 4-star defensive tackle McKinnley Jackson, who chose to head to College Station rather than play for Alabama, LSU, Ole Miss and others.That pledge caused ripple effects throughout the class, giving Georgia the recruiting title and ending Alabama's chances. He will shine right away.Class size: 24 (three 5-stars, 14 4-stars, seven 3-stars)Biggest late signing period newsClyde Edwards-Helaire's decision to declare for the NFL opened up a spot in LSU's running back room, although the Tigers have several capable, young backs to fill that void.Head coach Ed Orgeron went out and filled it by getting 4-star running back Kevontre Bradford, who can do it all with the ball in his hands. Look for him to have a big freshman year.The other no-brainer is 5-star cornerback Elias Ricks, who will step in for the departed Kristian Fulton opposite Derek Stingley Jr. Plenty of other players could do this, too—LSU is DBU, after all—but watch out for Ricks in particular.Class size: 25 (three 5-stars, 14 4-stars, eight 3-stars)Biggest late signing period newsThere was little drama surrounding the Buckeyes, although they had to replace defensive coordinator Jeff Hafley, who elected to become Boston College's new head coach in mid-December.The one wavering pledge was 4-star athlete Cameron Martinez, who elected to look around. But the Buckeyes got good news when the 5'11", 183-pound prospect announced on Twitter on Jan. 28 that he would honor his commitment and sign with OSU, giving head coach Ryan Day 25 signees.Instant impact duoGuys like 4-star receiver Gee Scott Jr., 5-star receiver Jaxon Smith-Njigba and 4-star linebacker Cody Simon could break into the rotation early, but the best bets in the class are the two jewels of the group.5-star receiver Julian Fleming can stretch the field, go up and get jump balls and is physical enough to lay wood to defensive backs. This group is excellent.Class size: 25 (four 5-stars, 17 4-stars, four 3-stars)Biggest late signing period newsKeeping 4-star receiver Javon Baker and 4-star defensive tackle Jamil Burroughs in the fold was a big deal for head coach Nick Saban in an already loaded class, but the Tide struck out on some other big targets.This class features an elite group of playmakers, especially on defense, and with 5-star quarterback Bryce Young leading the way. The long, lean defensive back has next-level athleticism, which should help him emerge as a shutdown cover corner in 2020.Class size: 25 (four 5-stars, 15 4-stars, six 3-stars)Biggest late signing period newsThe Bulldogs knew about the pledges of 5-star tight end Darnell Washington and 5-star cornerback Kelee Ringo before everybody else did, as they got their scholarship paperwork in the early signing window.From there, head coach Kirby Smart locked down 5-star offensive tackle Broderick Jones, who was committed to UGA but elected not to sign in the early window.

As said here by Brad Shepard