O'Ree's playing ability recalled by teammates ahead of jersey retirement 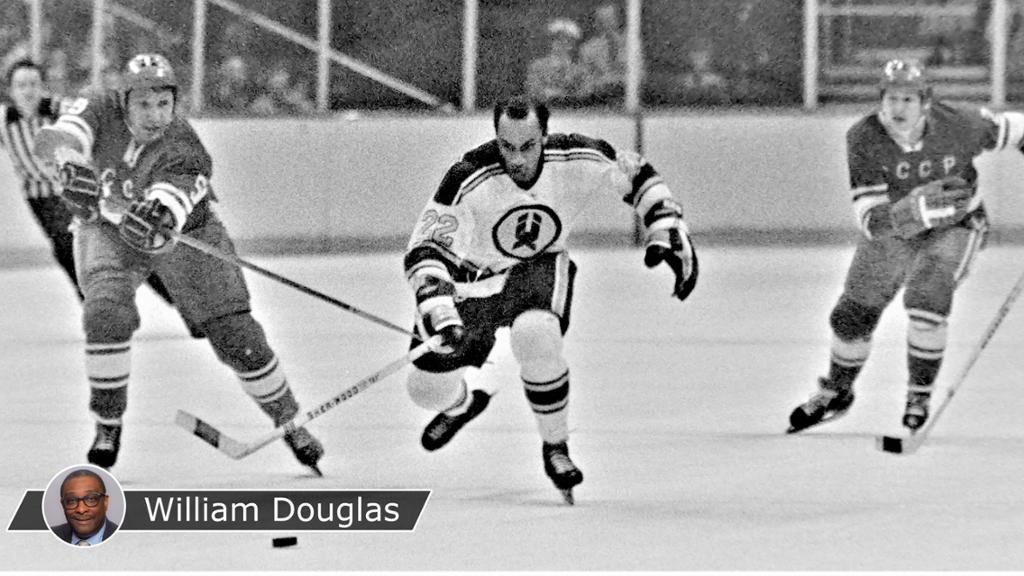 His NHL career was brief, 45 games in two seasons with the Bruins (two games in 1957-58, 43 in 1960-61), during which he scored 14 points (four goals, 10 assists).But O'Ree had a lengthy and prolific minor league career despite being legally blind in his right eye, the result of an injury he sustained while playing junior hockey Nov. 22, 1955.O'Ree scored 639 points (328 goals, 311 assists) in 785 games with the Los Angeles Blades and San Diego Gulls of the Western Hockey League from 1961-74.He led the WHL with 38 goals in 1964-65, one of five 30-goal seasons in the league (1964-65, 1965-66, 1966-67, 1968-69, 1973-74)."He could score from outside, he could score from inside," said goalie Jack McCartan, a teammate of O'Ree's in Los Angeles and San Diego and a member of the first United States hockey team to win an Olympic gold medal, in 1960. "His speed got him places where other guys couldn't get to."O'Ree's speed was the first thing Nystrom, Howatt and goalie Glenn "Chico" Resch noticed when he joined New Haven on loan from San Diego in 1972.He hesitantly agreed to trade sunny San Diego and flights for WHL road trips for chilly New Haven and long AHL bus rides largely because he wasn't getting much playing time with the Gulls early that season, and because New Haven coach Parker MacDonald told O'Ree that there were some promising young players who could use veteran guidance."I was very nervous and not very confident, and Willie was all of that," said Resch, who won the Stanley Cup with the Islanders in 1980 and played 571 NHL games with New York, the Colorado Rockies/New Jersey Devils and Philadelphia Flyers."When he got on the ice he could dance around on his skates," Resch said. When he cut sharp left, [Wayne] Gretzky did this too, that defenseman continued going back and Willie created space."Nystrom said O'Ree's skating ability was reminiscent of Montreal Canadiens right wing Yvan Cournoyer, the Hockey Hall of Famer whose blazing speed earned him the nickname "Roadrunner," and helped him score 863 points (428 goals, 435 assists) in 968 games."He's kind of leaning over, really fast and good with the puck," said Nystrom, who scored 513 points (235 goals, 278 assists) in 900 games for the Islanders from 1972-86.

As said here by William Douglas