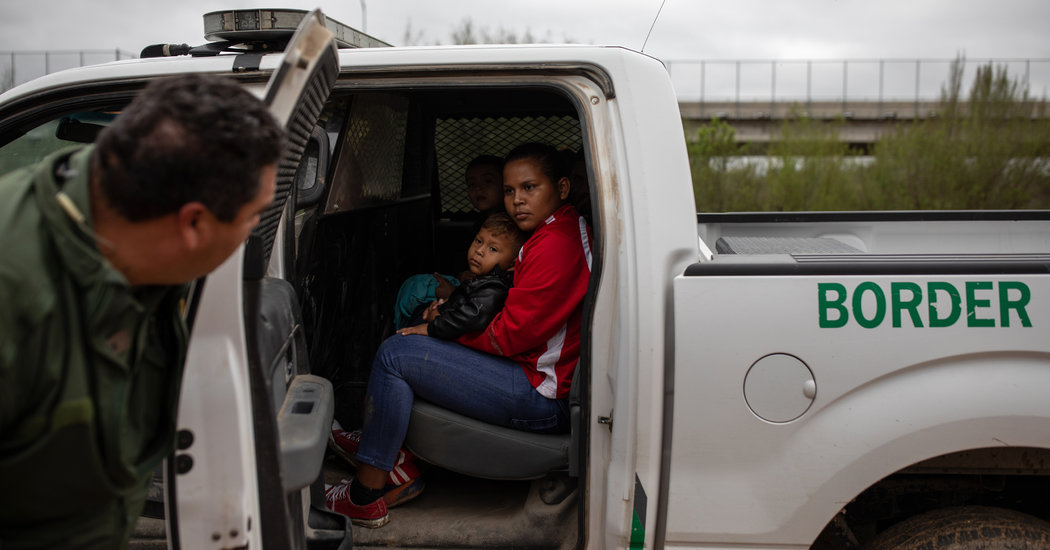 The deaths of two children in Border Patrol custody point to shortfalls in health care provided to migrants, who sometimes arrive with serious illness and injury.Migrants from Honduras were taken into custody by Border Patrol agents near Granjeno, Tex., last month.CreditCreditTamir Kalifa for The New York TimesSupported byBy Sheri Fink and Caitlin DickersonMcALLEN, Tex. Yet most of the nation’s Customs and Border Protection facilities along the border lack sufficient accommodations, staffing or procedures to thoroughly assess health needs or provide more than basic emergency care, a situation that has led to dangerous medical oversights.[Read the latest edition of Crossing the Border, a limited-run newsletter about life where the United States and Mexico meet. In December, two migrant children — Jakelin Caal Maquin, 7, and Felipe Gómez Alonzo, 8 — died within three weeks of each other after showing signs of illness while being held and transported by Border Patrol agents in Texas and New Mexico.A New York Times review of records and dozens of interviews with migrants, agents, researchers and health workers suggest that some of these deaths were not anomalies, but rather signs of entrenched problems that have repeatedly put detainees with medical conditions at risk.At respite centers like the one in McAllen, Tex., that shelter migrants for a night or two after they are released from Border Patrol custody, doctors say the care provided by the agency has sometimes been so poor that they have had to send new arrivals straight to emergency rooms.“They’re not treated as if their health and well-being is valued on any level,” said Dr. Anna Landau, a family medicine doctor who volunteers at a migrant shelter run by Catholic Community Services in Tucson. Some migrants describe being left alone in concrete cells with broken bones and recent surgeries, their pain medication deeply inadequate.In the coming days, the agency is expected to announce significant changes related to the health of migrants, including policies requiring Border Patrol agents to conduct more thorough interviews of each migrant who is processed through the system, and to refer all those who need care to a medical provider.The agency is also building a large new processing center in El Paso and adding $47 million to a private contract for migrant medical care.“We’re doing everything we can to ensure rapid medical care when needed,” Kirstjen Nielsen, the Homeland Security secretary, said at the White House in January. Eastman, a senior medical officer with the Homeland Security Department who is trying to put into place, for the first time, a comprehensive approach to the care of migrants across the department.Some health care workers said they have seen Border Patrol agents in the field prioritize enforcement of immigration laws over migrants’ urgent medical needs. She died on the way there, the emergency workers said.For at least a decade, families and advocacy organizations have reported lapses in medical care for people in the custody of C.B.P. Complaints filed over the past few years included a mother who gave birth prematurely and was later forced to stay with the baby in a “dirty hold room,” a detainee who was refused access to prescribed heart medication, and a woman who had heavy vaginal bleeding after a sexual assault and was not provided any medical attention.The number of deaths remains unknown and is perhaps unknowable — the agency until December was not required to independently review or publicly report health-related deaths in its custody. He was returned to the hospital, but lost consciousness on the way.“Children should not be held in C.B.P. holding cells longer than 24 hours,” said Kathryn Hampton, a program officer for Physicians for Human Rights and the author of a recent study that found that the focus on securing the border has come at the cost of migrants’ safety.In some cases, Border Patrol agents take sick migrants to be seen at hospitals, but problems persist once they are brought back to C.B.P.’s crowded, ill-equipped facilities.Sonia Diaz-Castro, 39, an asylum seeker from Honduras, had fallen off the top of a 25-foot border wall as she entered the United States last year and was left barely able to move, with a broken elbow and pelvis.Border Patrol agents in New Mexico took her twice to local hospitals, and a doctor at one of them said he was promised by the agents that she would be given a wheelchair and have someone on hand to help her get around. Forward operating bases are not shown.By Denise LuWhere local emergency rooms are close at hand, Border Patrol agents tend to err on the side of caution, taking their charges for costly and sometimes unnecessary medical evaluations, several health providers said.In other cases, the Border Patrol focuses on moving migrants quickly through the system, and many end up in shelters and clinics run by charities, such as the one operated by Catholic Charities in McAllen.On a recent evening, dozens of migrants were dropped off at a shelter near the southern border of California, run by the San Diego Rapid Response Network.