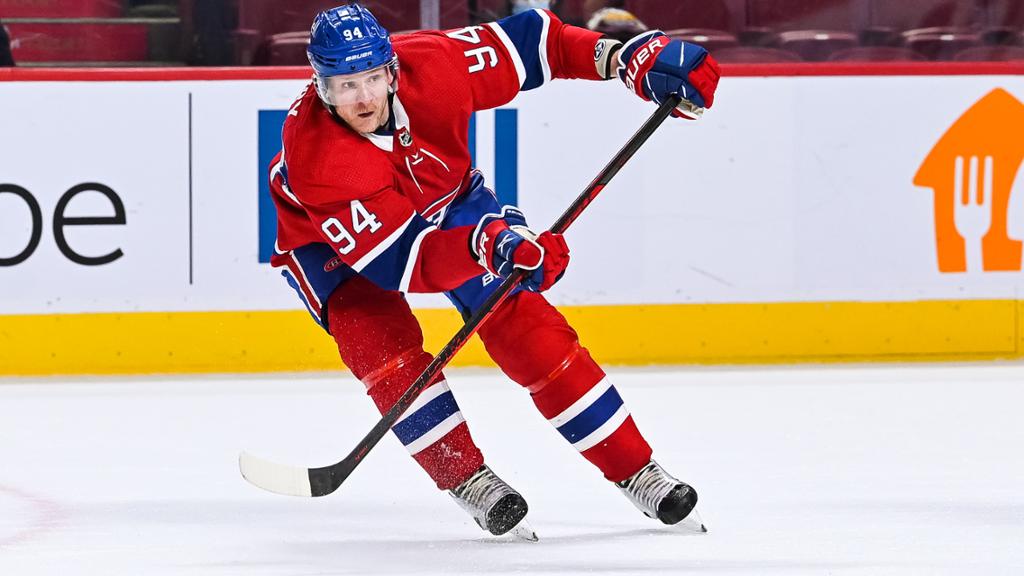 Golden Knights series coverage] In 11 Stanley Cup Playoff games this season, the 36-year-old has scored six points (three goals, three assists) and leads the Canadiens with two power-play goals. He's come a long way from not being guaranteed a job when he joined Montreal."I was told right away I'd probably start on the taxi squad and work my way up," said Perry, who scored 21 points (nine goals, 12 assists) in 49 games this season. That's what I believe the message was, and the response so far has been very good."So has Perry's penchant for agitating, his signature since junior hockey."It's Corey being Corey," Hall of Fame defenseman Chris Pronger said with a laugh.Pronger, who was on that Ducks championship team with Perry, said his former teammate shows the same traits he did back then."He's not the same player but he still knows what makes him effective," Pronger said of Perry, who was voted the Hart Trophy winner as NHL MVP in 2011, when he led the NHL with 98 points (50 goals, 48 assists). London won the Memorial Cup in 2005 during Perry's final season there, and he credits the Hunters for making him the player he is."It's not surprising to see what he's doing right now," Mark Hunter said. NHL, the NHL Shield, the word mark and image of the Stanley Cup, the Stanley Cup Playoffs logo, the Stanley Cup Final logo, Center Ice name and logo, NHL Conference logos, NHL Winter Classic name, and The Biggest Assist Happens Off The Ice are registered trademarks and Stanley Cup Qualifiers name and logo, NHL.TV, Vintage Hockey word mark and logo, The Game Lives Where You Do, NHL Winter Classic logo, NHL Heritage Classic name and logo, NHL Stadium Series name and logo, NHL All-Star logo, NHL Face-Off name and logo, NHL.

As said here by Mike Zeisberger