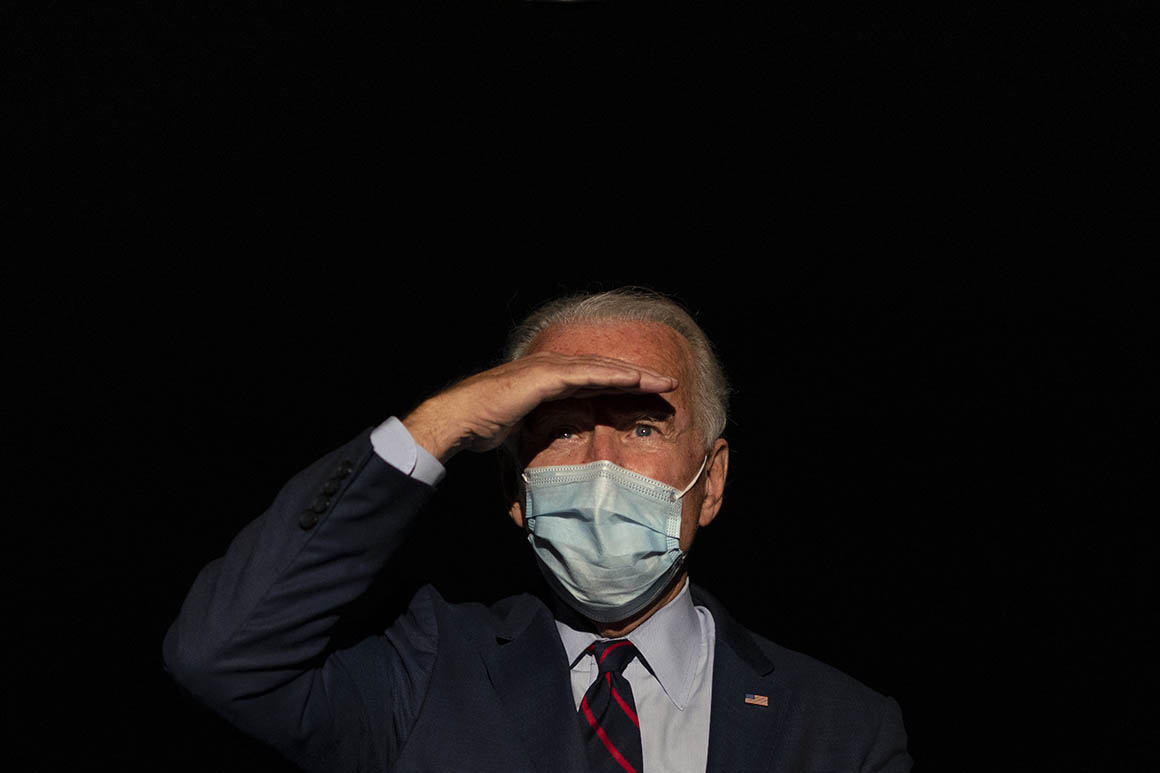 … ANTHONY FAUCI said he’s being harassed by the TRUMP campaign and wants out of his campaign ads, and he suggested the president should not hold rallies.HAPPY TUESDAY. Updated internet regulations will set standards for addressing today's toughest challenges.Read why we support updated internet regulationsABOUT LAST NIGHT -- “Defiant Trump defends virus record in 1st post-COVID rally,” by AP’s Jill Colvin in Sanford, Fla., and Jonathan Lemire: “Defiant as ever about the coronavirus, President Donald Trump on Monday turned his first campaign rally since contracting COVID-19 into a full-throated defense of his handling of the pandemic that has killed 215,000 Americans, joking that he was healthy enough to plunge into the crowd and give voters ‘a big fat kiss.’“There was no social distancing and mask-wearing was spotty among the thousands who came to see Trump’s return to Florida. ‘If you look at our upward path, no country in the world has recovered the way we have recovered.’ His voice was perhaps a touch scratchy but otherwise, Trump was, well, Trump.” AP … Jill’s picture of the crowd-- NYT’S MIKE GRYNBAUM: “As Trump Flouts Safety Protocols, News Outlets Balk at Close Coverage”: “The New York Times, The Wall Street Journal and The Washington Post are among the major outlets that have declined to assign reporters to travel with Mr. Trump as he returns to the trail this week, saying they do not have assurance that basic precautions will be taken to protect reporters’ health.”Sign up today to receive the #1-rated newsletter in politicsBy signing up you agree to receive email newsletters or alerts from POLITICO. ‘Even though the district is more conservative, it doesn’t want a rubber stamp for the president.’”TRUMP’S TUESDAY -- The president will depart the White House at 5:50 p.m. He will travel to Johnstown, Pa. Trump will arrive at John Murtha Johnstown-Cambria County Airport at 6:55 p.m. He will deliver a campaign speech at 7 p.m. and depart at 8:25 p.m. en route back to Washington. | Evan Vucci/AP PhotoMUCK READ … BEN SCHRECKINGER -- “Biden’s son-in-law advises campaign on pandemic while investing in Covid-19 startups”: “At the same time that Joe Biden’s son-in-law, Howard Krein, has been advising Biden’s campaign on its coronavirus response, Krein’s venture capital business has been running a special initiative to invest in health care start-ups that offer solutions to the pandemic.“In March, as Covid-19 began spreading in the United States, the investment firm, StartUp Health, unveiled a new coronavirus initiative soliciting pitches from entrepreneurs with products that addressed the outbreak. The next month, reports in Bloomberg and the New York Times listed Krein among those participating in daily calls to brief Biden on health policy during the pandemic, while StartUp Health announced its intention to invest $1 million across 10 startups with coronavirus applications within 30 days.“‘StartUp Health is putting the full support of its platform and network behind building a post-Covid world that uses technology and entrepreneurial ingenuity to improve health outcomes,’ the firm said at the time.“Krein simultaneously advising the campaign and venturing into Covid investing could pose conflict-of-interest concerns for a Biden administration, or simply create the awkward appearance of Krein profiting off his father-in-law’s policies. It is poised to spend billions more next year and possibly beyond.” POLITICOHMM -- “Top general did not give his consent to be used in Trump political ad,” by Lara Seligman: “President Donald Trump’s campaign is running an online political ad that uses an image of his vice president, his Pentagon chief and his most senior military adviser watching the raid on ISIS leader Abu Bakr al-Baghdadi from the Situation Room on Oct. 29, 2019.“‘President Trump wants you to request your ballot,’ said the ad on the website for The Hill newspaper. Loyalty among his supporters is so strong, I think we could be in for another election that defies expectations.” Playbook Q&ABIRTHDAYS: Sen. Maria Cantwell (D-Wash.) is 62 … Rep. Alexandria Ocasio-Cortez (D-N.Y.) is 31 … Rep. Vicky Hartzler (R-Mo.) is 6-0 … Doug Emhoff is 56 … Tiffany Trump is 27 … Harris Faulkner, Fox News anchor … Gerrit Lansing, president of WinRed and co-founder of Revv, is 37 … Ari Fleischer is 6-0 … Billy Bush is 49 … Glover Park Group’s Jack Krumholtz … Gregg Rothschild is 55 … PBS NewsHour’s Candice Norwood … WaPo research editor Alice Crites … Christopher Colford … POLITICO’s Emily Cadei (h/t Ben Chang) … Cathy Rubin … Nate Brand, NRSC press secretary … Rebecca Shabad … Rick Davis, EVP of news standards and practices at CNN, is 69 (h/t Sam Feist) … Sarah Stevens … U.S. Ambassador to Denmark Carla Sands … … Michael Tomasky is 6-0 … Richard D.