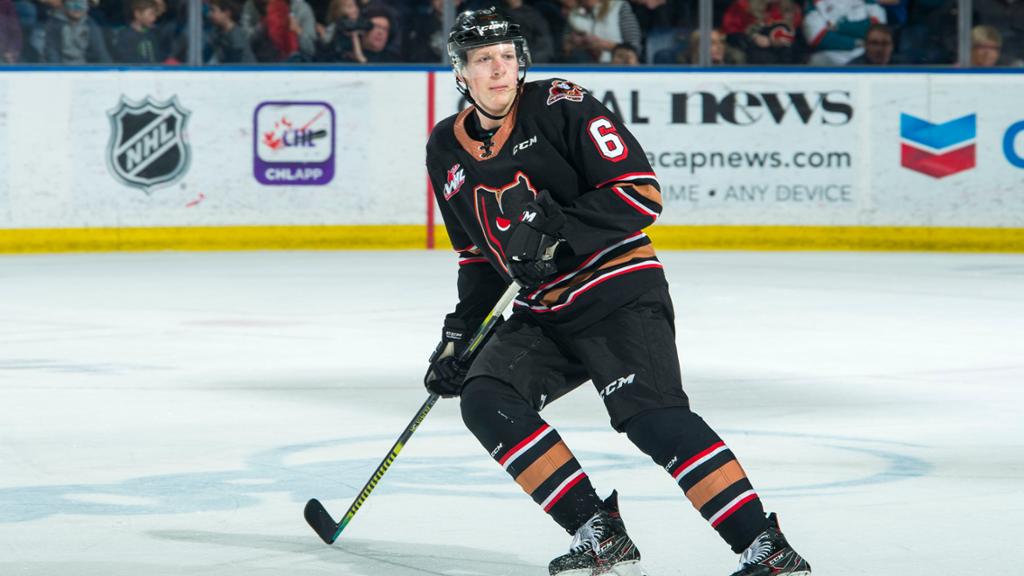 This is just the beginning of my journey and I am excited to see where it takes me, both in hockey and in life."Thank you!"Video: Luke Prokop comes out as first gay player in the NHLThe response from the NHL was immediate, starting with NHL Commissioner Gary Bettman, who spoke to Prokop by phone."People, unless they can be their authentic true selves, can't be the best they can be," Commissioner Bettman said. The NHL has worked to increase its inclusivity via various initiatives, including: Hockey is for Everyone; a longstanding relationship with You Can Play, which works to ensure the safety and inclusion of all who play sports, including LGBTQ athletes, coaches and fans; and team Pride Nights.Tweet from @lukeprokop_6: ������🧡💛💚💙💜 pic.twitter.com/7zqT0A2gJjBut though women at high levels of hockey have come out -- including former United States women's team captain Meghan Duggan, who was named New Jersey Devils manager of player development May 19 -- until now no player under contract to an NHL team has done the same."I told him that what he was doing was courageous and that I believed that it was important for him to have the support of the NHL family, which he will have," Commissioner Bettman said. LGBTQ equality and inclusion, especially in sport, is something my wife and I are really passionate about."To see the bravery and courage that it takes for Luke, a young man who's not an established player in this league, to come out and be so open and honest, I think it's just incredible and honestly very, very impressive."Predators executives echoed the sentiments of the players."The Nashville Predators organization is proud of Luke for the courage he is displaying in coming out today and we will support him unequivocally in the days, weeks, and years to come as he continues to develop as a prospect," president and CEO Sean Henry said. "There's now going to be athletes in the hockey community of all ages looking at Luke, and the hope is that if and when they're ready, they say, 'It worked for him, I think I'm ready to do the same.'"Don Fehr, the executive director of the NHL Players' Association, said in a statement that the organization, and the players, are there to support Prokop as he works toward joining them in the NHL."NHL players commend the courage demonstrated by Luke Prokop to disclose his truth," Fehr said. Now he can continue on his journey as his authentic self and likely play the best hockey he's played in his life."And now, for kids playing the sport, she said, there is a role model within the NHL world, a person they can point to who might be like them."It's a really big step," Cothren said. Being able to see this at the highest level is going to be game-changing for young LGBTQ kids who are playing hockey now."Cothren called Monday a starting point, emphasizing the reflection and intentional work the NHL has put in to get to this point and the work that will continue into the future.Borowiecki said he wasn't sure if there was space or acceptance for an LGBTQ athlete in the NHL when he was growing up, but the 32-year-old said he has witnessed his sport move forward and called this moment a great step."To see this sport evolve where a young man feels comfortable enough to do this, I think it's great," Borowiecki said. Sports need to be a safe space for everyone, and hockey needs to go along with that."Borowiecki said he wanted to make clear that Prokop is part of the future with the Predators and that he will be welcomed and accepted in the organization.Fostering that environment has been the mission of Kim Davis, NHL senior executive vice president, social impact, growth initiatives and legislative affairs, since she arrived at the League in 2017."I think it's a brave decision," Davis said. We all have the opportunity to be role models in some small way."Luke is the hero, but allies need role models too."And that is what many in the NHL community have vowed to be, supporting Luke and all LGBTQ athletes and hockey players."My own belief -- and this is as a parent, as a grandparent -- is that people need to be comfortable in their own skin and people need to be accepted for who they are," Commissioner Bettman said.

As said here by Amalie Benjamin