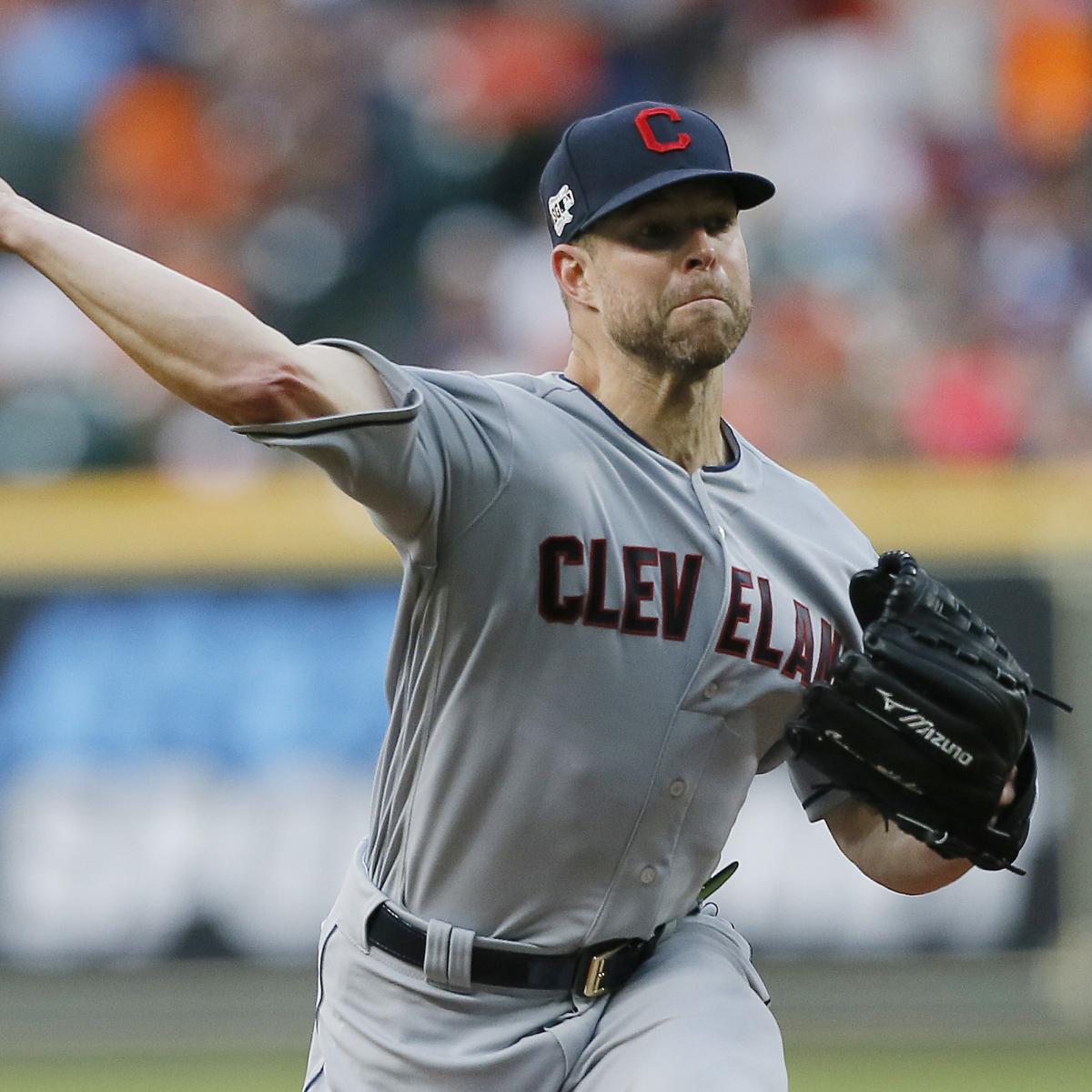 The 27-year-old posted a 4.46 ERA and 1.30 WHIP in 32 appearances out of the Miami Marlins bullpen.However, his 9.2 K/9 and an excellent spin rate on his 96.9 mph fastball give him some intriguing upside.According to Baseball Savant, his active spin rate ranked 21st among pitchers who threw at least 250 pitches last season, and it's no coincidence four of the players ranked ahead of him on that list pitched for the Tampa Bay Rays, as that's something the organization values.Flipping him and his five remaining years of team control for a former top prospect in Anthony Banda could pay major dividends.Banda, 26, was the No. 88 prospect in baseball at the start of the 2017 season, according to Baseball America.He's dealt with some injuries the past two seasons and has struggled to a 5.28 ERA in 44.1 innings at the MLB level the past three years, but there's enough upside to make it a worthwhile roll of the dice for the Marlins.Boston Red Sox trade CF Jackie Bradley Jr. to the Cincinnati Reds for OF Scott Schebler, RP Sal RomanoSlashing payroll is going to be a focal point for the Boston Red Sox this offseason, especially after J.D. Martinez opted into his $23.8 million salary for 2020. While much of the early trade talk has centered around Mookie Betts, the team could explore other avenues to save money.Center fielder Jackie Bradley Jr. has seen his offensive production dip since he made the AL All-Star team in 2016, with a .234/.318/.409 line and 90 OPS+ over the past three years.The 29-year-old is projected to earn $11 million in his final year of arbitration eligibility, and while he still has value as a 2.0 WAR player last year, the Red Sox cannot expect to receive much from a player who profiles as a non-tender candidate.The Reds can move Nick Senzel to second base if they are able to find an alternative in center field, and Bradley could do some damage in hitter-friendly Great American Ballpark.Outfielder Scott Schebler and right-handed pitcher Sal Romano are both out of minor league options and on the roster bubble in Cincinnati, but the Red Sox could find some value in both players.Schebler had a 30-homer season in 2017 and comes with team control through 2022, while Romano is capable of filling a role similar to Brian Johnson as a multi-inning reliever or spot starter.It's not a significant haul, but it gives the Red Sox two potentially useful players and saves a significant chunk of money in the process.Oakland Athletics trade RP Blake Treinen to the Milwaukee Brewers for SP Dylan FileRather than paying Jim Johnson a $10 million salary in his final year of arbitration on the heels of a season in which he had nine blown saves, the Baltimore Orioles traded him to the Oakland Athletics prior to the 2014 season.Now the A's find themselves in a similar position with Blake Treinen.After saving 38 games while posting a pristine 0.78 ERA, 0.83 WHIP and 11.2 K/9 in 2018, Treinen regressed considerably this past season, eventually losing the closer's role to Liam Hendriks.The 31-year-old is now projected to earn $7.8 million in his final year of arbitration, which is a steep price tag for a cost-conscious Oakland organization.Meanwhile, the Brewers bullpen was the driving force behind their success in 2018, but it took a step back this past year, due in large part to an injury-shortened season from Corey Knebel and a steep downturn from Jeremy Jeffress.Buying low on Treinen and slotting him alongside Josh Hader at the back of the bullpen could be a creative means of rebuilding what was an area of strength.Going the other way, Dylan File is a high-floor right-hander who has seen his stock rise after being taken in the 21st round of the 2017 draft. Middle infielder Jeremiah Jackson led the Pioneer League with 23 home runs in his age-19 campaign, while undersized lefty Hector Yan piled up 148 strikeouts in 109 innings at Single-A in a breakout season.Detroit Tigers trade SP Matthew Boyd to the Philadelphia Phillies for OF Adam Haseley, SP Francisco Morales, OF Simon Muzziotti, IF Nick MatonThe Detroit Tigers were reportedly seeking a package similar to what the Chicago Cubs gave up to acquire Jose Quintana—which notably included Eloy Jimenez and Dylan Cease—in exchange for Matthew Boyd at the trade deadline, according to Jason Beck of MLB.com.No one was willing to pay that price, and Boyd ended up struggling to a 6.11 ERA over his final 10 starts.Despite that rocky finish, he's still an attractive trade target thanks to his 238 strikeouts in 185.1 innings and three remaining years of team control.The Philadelphia Phillies tried and failed to add a lefty starter to their all-right-handed starting rotation last offseason, and upgrading the rotation figures to be a bigger priority this winter.While the proposed return package heading to Detroit pales in comparison to what the Cubs gave up to acquire Quintana, it's still a solid collection of young talent.Adam Haseley would immediately slot into a starting spot in the Detroit outfield, while Francisco Morales is a pitching prospect on the rise after racking up 129 strikeouts in 96.2 innings while posting a 3.82 ERA as a 19-year-old at Single-A.Those two are the headliners, while outfielder Simon Muzziotti has everyday-player upside and middle infielder Nick Maton profiles as an above-average utility player with the upside to develop into an everyday option himself.Pittsburgh Pirates trade CF Starling Marte to the San Diego Padres for SS Gabriel Arias, SP Joey CantilloAfter gutting the front office and firing manager Clint Hurdle and several of his coaches, it's going to be an offseason of change for the Pittsburgh Pirates.Outfielder Starling Marte is the team's most obvious trade chip.