Predicting 1 Trade for Every MLB Team During the 2020 Offseason 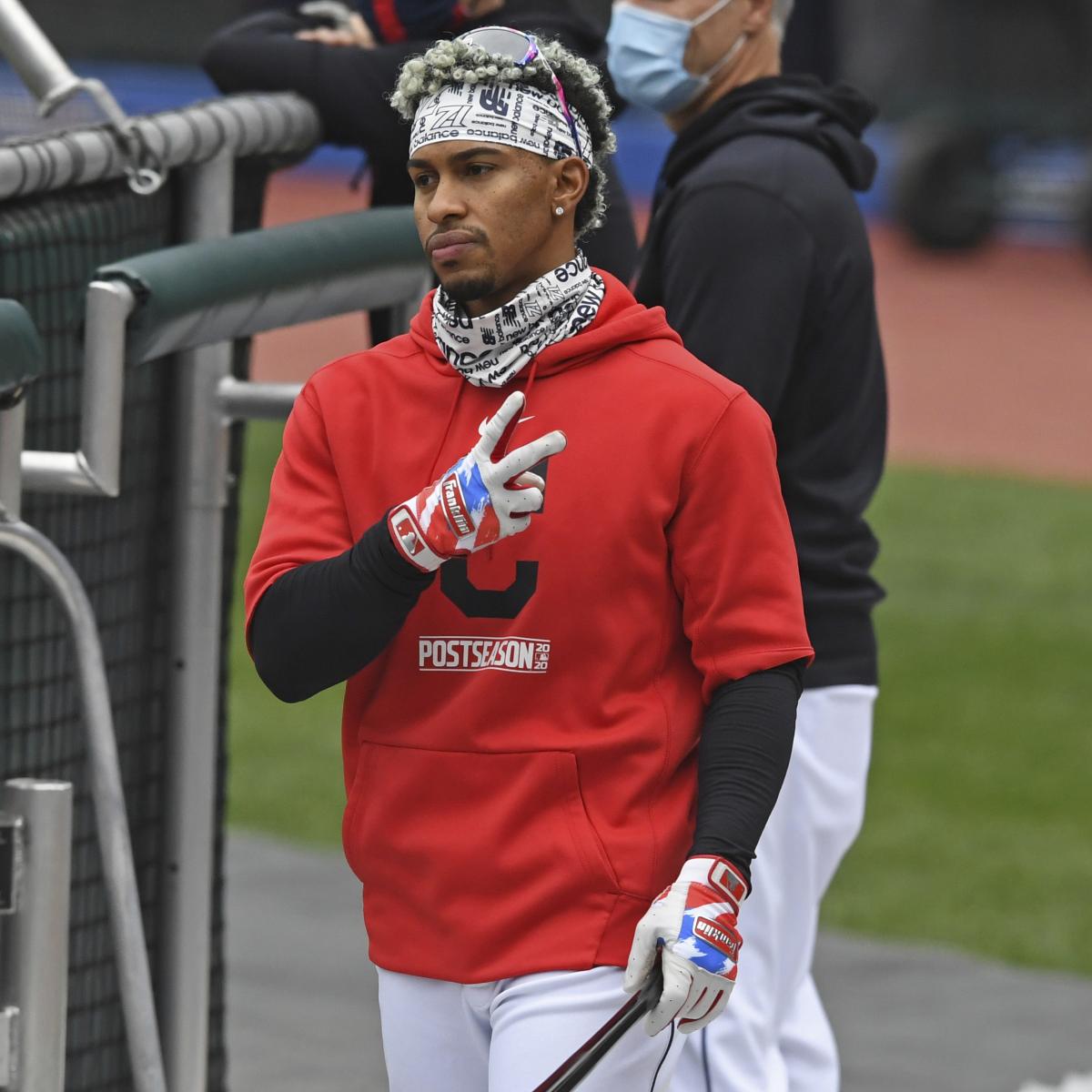 With the 2020 Major League Baseball season creeping closer to its end, it's not too soon to look ahead to the offseason.Because every team in the league took a financial hit amid the coronavirus pandemic-shortened season, clubs may prefer to find impact talent on the trade market this winter. He may like the idea of a low-risk reunion, especially given that Benintendi is under team control through 2022.With a trip to the World Series still within reach, Atlanta obviously won't be turning its attention to the offseason any time soon.When the time does come, it might look to the trade market for a veteran starter who could join Max Fried, Ian Anderson, Kyle Wright and (if healthy) Mike Soroka in the rotation for 2021. Even if it means eating some money, the Red Sox could probably get something for him.Even though the Chicago Cubs won the National League Central, this season marked their third in a row without a postseason win.Big changes may thus be in order, up to and including trades of core stars Kris Bryant, Javier Baez and Kyle Schwarber.The catch is that all three are coming off down years, as they collectively posted just a .647 OPS in 2020. Even despite his credentials as a three-time All-Star and the 2016 National League MVP, the Cubs might be wary of giving him a raise in his final year of arbitration-eligibility in 2021 after he earned an unadjusted salary of $18.6 million this season.After making the playoffs for the first time since 2008, the Chicago White Sox are riding high going into the offseason. What's more, they won't have much on their shopping list.They might only need a backup catcher to replace James McCann or a closer to replace Alex Colome, both of whom are slated for free agency.For the latter, the White Sox could be one of the first teams in line if the Milwaukee Brewers make two-time All-Star closer Josh Hader available.Some of the players left in Chicago's 15th-ranked farm system might interest Milwaukee. Such things make the 29-year-old an intriguing buy-low option.For the moment, the Houston Astros are a tad preoccupied with something called the American League Championship Series.Come the offseason, they'll have to put some gears in motion to replace as many as three lineup stalwarts who are ticketed for free agency: George Springer, Michael Brantley and Josh Reddick.Springer, in particular, is likely to have options beyond Houston. The Royals stand to save as much as $15.5 million by trading him, and now is the time to do it after the oft-injured 31-year-old made it through 2020 without landing on the injured list.Though his two big additions (Anthony Rendon and Dylan Bundy) from the 2019-20 offseason paid dividends, the Los Angeles Angels' 2020 season was disastrous enough to cost GM Billy Eppler his job.Even still, whomever replaces Eppler might take a page from the book that landed Bundy in Anaheim. And with New York, his 97.4 mph fastball would fit alongside those of deGrom and a (presumably) healthy Noah Syndergaard.After an 11th straight season without a trip to the World Series, the New York Yankees are likely in for a busy offseason.Among the many questions that needs answering is what to do with Gary Sanchez.At his best, the 27-year-old has been a rare power threat from the catcher position. They might nonetheless want to save as much of Cueto's $21.8 million salary for 2021 as they can, especially given that the 34-year-old's durability is no sure thing.The Seattle Mariners have traded plenty of players in recent years, which has helped them put together the second-best farm system in all of MLB.But because they're still in the hands of noted trade junkie Jerry Dipoto, it's safe to assume the Mariners will keep trading.Right fielder Mitch Haniger is one Mariner who could attract trade interest.