Presenting the finalists of the official 2021 Best of CES Awards! (As chosen by the Engadget staff.) 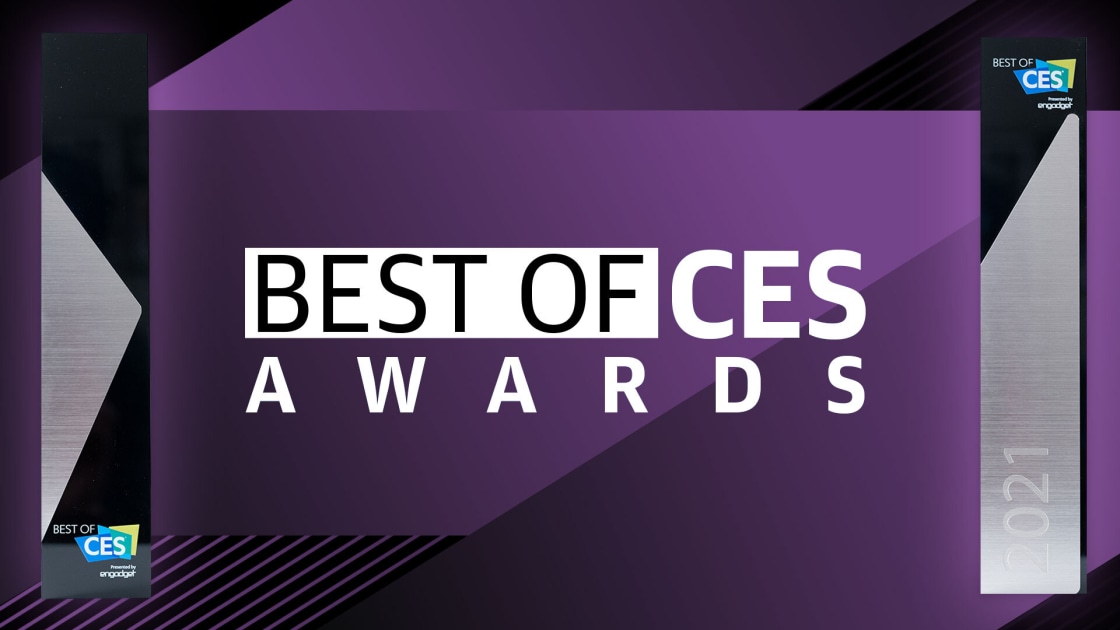 — Dana Wollman, Editor-in-ChiefThe technology underpinning the Mudra Band might seem fanciful: sensors capture neural electrical impulses in the wrist and map them onto specific movements like a swipe or a tap, essentially letting you control an Apple Watch with subtle finger movements on one hand. — C.I.Wondercise is one of many on-demand fitness services available right now, but it&apos;s more focused on form than anything else. The company brought Apple Watch integration to its service at the end of last year, and for CES, it&apos;s introducing arm and leg bands as part of its new "multi-point motion matching system." These sensor-laden straps work with your smartwatch of choice (be it the Apple Watch, a Garmin device or the company&apos;s own band) to track real-time movements and compare them to those of an on-screen instructor. — D.C.The $179 Mudra band from Wearable Devices brings gesture control to the Apple Watch, but it&apos;s not just for early adopters. — V.P.Sure, augmented reality glasses for enterprise aren&apos;t the most approachable product. — A.T.Two years after Sony debuted its 360 Reality Audio platform at CES 2019, the company is preparing to ship the first speakers built for this immersive sound ecosystem. — Billy Steele, Senior News EditorNew TVs are capable of amazing image reproduction, but if they&apos;re not set up correctly then all of those pixels will go to waste. Your phone is capable of judging the screen&apos;s output and ambient lighting conditions, so why not let AI do the work of setting things up while you pick out something to watch? — B.S.Samsung’s JetBot 90 AI+ gives the humble robot vacuum some new AI-powered smarts. — C.V.TCL teased its full-color paper-like NXTPAPER display last year, and now it&apos;s arrived in an actual device: an 8.89-inch Android tablet awkwardly called the TCL NXTPAPER. — Mat Smith, UK Bureau ChiefTCL made a splash at this year’s CES, and its latest phones, while not the most headline-grabbing reveal, could help the company establish itself as a mobile force to be reckoned with. — M.S.LG&apos;s latest OLEDs don&apos;t change up the company&apos;s formula too much — they still have gorgeous screens with rich colors and incredibly deep black levels — but now they feature the company&apos;s Alpha 9 Gen 4 AI processor, which promises far better image processing. — Devindra Hardawar, Senior EditorTwo years ago, TCL&apos;s 6-Series Roku TV was among many good value-priced 4K options. — R.L.Every year, Samsung pushes LCD TVs to a new level of excellence, and for 2021 it’s adding mini LED backlighting to the package. — R.L.Perhaps more so than any other TV maker, Sony&apos;s devotion to image processing is legendary. — D.H.Intel announced a number of CPUs at CES this year, but it’s Tiger Lake-H that looks set to make the biggest impact. NVIDIA’s latest RTX 30 series graphics will improve performance significantly over previous models, but it’s the display we’re most excited about: 1440p is a sweet spot for desktop PC gaming, and you&apos;ll be able to pick up this year&apos;s Blade with an ultra-fast 240Hz 1440p panel. — J.C.AMD continued its resurgence in desktop chips last year with its 5000 series CPUs. At CES, the company announced a full lineup of CPUs based on the same Zen 3 cores for laptops. — D.C.It’s ridiculous that remote controls, one of the most common devices found in the home, still use AAA batteries even though most other things have switched over to rechargeable solutions. That’s what makes Samsung’s announcement of the Solar Cell Remote such a pleasant surprise — it can be powered off outdoor and indoor light, or supplemented with USB power if it’s too dark. — K.N.With just a TV and a camera, Samsung’s new Smart Trainer can help you maintain the proper form while working out. — N.L.Wondercise’s on-demand workout service has used wearables like the Apple Watch and Garmin devices to track your exercise form for a while now, but in 2021, the company has added hardware to the mix. — N.L.Setting aside HP&apos;s ludicrous marketing claim that the original Elite Dragonfly was "lighter than air," the company&apos;s thin and light business laptop was truly impressive. It&apos;s the first real product to use the company&apos;s new LCD-based screen, which reflects light to create a paper-like experience and does away with backlighting altogether. — A.T.It&apos;s a notion we&apos;ve seen before: harnessing an unwanted smartphone&apos;s screen, mic and processor to create a single-use device like a security camera.