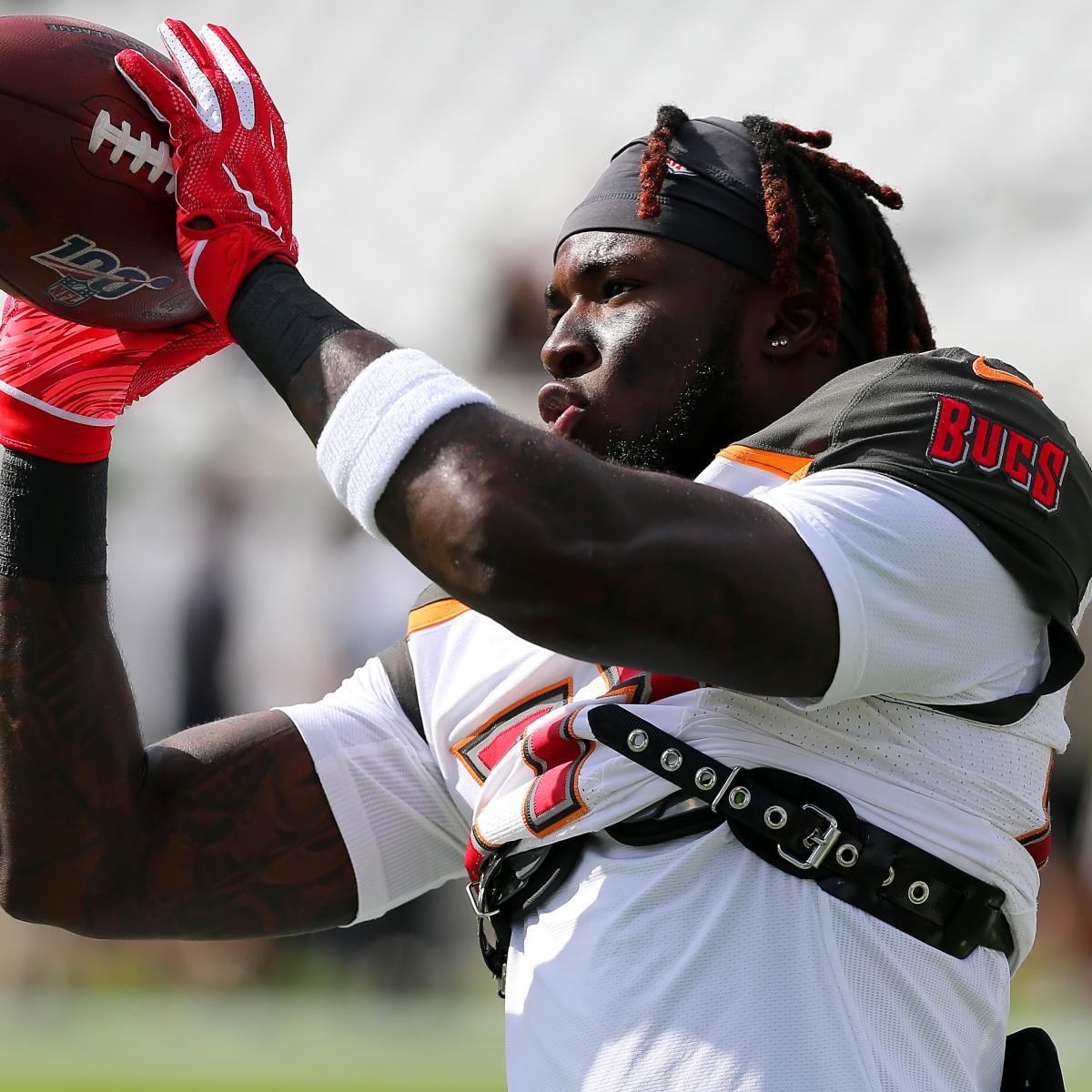 With Tom Brady in his huddle."It gives me chills now just thinking about it," says Jones, the third-year Tampa Bay Buccaneers running back out of USC. (He's quick to cite Lavonte David, Ndamukong Suh and Jason Pierre-Paul all as "gold-jacket guys," too.)He believes that, yes, this offense can score at will.He's never seen anything like this in his life."I don't know how much better you can get," Jones says.We all know those names on the marquee. He learned how to (literally) catch the ball and run routes, and he now believes he can be the recipient of those classic third-down Brady dimes that harpoon entire fanbases every postseason.Down in Arizona, Jones is training to turn himself into part cheetah, part gazelle, part shark.Two years ago, no way could Jones have comprehended this opportunity.He was a rookie, a 38th overall pick, on the verge of being forgotten. His ability to rev from 0 to 60 helped restore pride to a stumbling program.Then-USC offensive coordinator Tee Martin says Jones was "very, very special.""When he's running, sometimes, it's like he's just gliding," Martin says. Martin says coaches would just give Jones the ball and say, "Go!" because they didn't want to mess him up—his raw speed was that dangerous—but in the NFL? The playbook, Jones says, was like a "foreign language."Jones' athletic gifts would (occasionally) shine in practice, but whenever the game arrived and it was time to process split-second decisions, he couldn't do it. But Neal also knew he could only change Jones' life if Jones trusted him. He didn't believe the digital reading.Clearly, something was working, so from that point on, Jones trusted Neal completely and began morphing himself into a new, improved, dangerous RoJo. By the time Jones headed to OTAs a year ago, his confidence was skyrocketing. And this summer, Neal (an Animal Planet fanatic) has focused the training on morphing Jones into the combination of three different animals that Tom Brady will need.Capturing the essence of these three, both believe, can catapult Jones to superstardom.The cheetah is the only animal on earth that runs with its claws fully extended, Neal tells him, so the cheetah can exceed 60 mph in any direction. Arians wants a back who'll never come off the field (think David Johnson in 2016) so, through very specific drills, Jones is molding himself into a receiving threat and mastering 100 percent of the playbook.Anyone wondering how a back goes from catching 0.8 balls per game at USC to seven total as a rookie to 31 (on 40 targets) in Year 2 to, he hopes, Faulk- or Edge-like production in Year 3, can simply look at the drills Neal has him running. He needed some finesse.Maybe the drill that helps most with that finesse is a game of "Tag." Going against a simulated defense of six-plus helpers, Jones is given a handoff and must run for his life. Like a gazelle.No wonder Arians says the Jones he thought he was inheriting last season versus the one who hit the field was a "night-and-day" difference. No wonder when Martin watched every snap of the Buccaneers' 2019 season this offseason, he couldn't believe how sticky Jones' hands were, saying aloud then, "Oh, OK! And when he showed him video of the 2,000-pound behemoth jumping 10 feet above the surface of the water, Jones' mind was blown and they went right on back to the Thrill Hill to unearth Jones' own killer instinct.These timed sprints up the hill, the length of a football field, in the scorching heat, fuel Jones' evolution more than anything.That's why when you mention Edgerrin James and Marshall Faulk to him, he brings up a running back who's even better: Walter Payton. Payton used hill training to make himself great, saying he'd kill himself to the point of not being able to walk.The Thrill Hill is designed to do the same for Jones.Steep and rocky as it is, getting up the hill is a nightmare Jones says "97 percent of America" couldn't handle. Neal is blowing his whistle to send you up again.Jones unlocked corners of his mind he never knew existed."It's really all mental," Jones says. You're just biting the hell out of these guys, taking these big chunk plays, and hitting them with moves with the gazelle part, and then when you get into the open field the cheetah part comes in, and there we go!"Now, Jones' mind is clear.Now, comes the greatest challenge of his football life. He knew Dad was watching from afar.Says Jones, "Nothing worth having comes easy."So, faced with another defining moment in his life, written off as a rookie, of course Jones would look into that mirror and make real, substantive changes. For Neal and Scottsdale and the Thrill Hill and all the sweat and pain.It was in him all along.He knows this now."I had to surround myself with people who are motivated," Jones says. Neal was the perfect mentor at the perfect time, the closest Jones has had to a dad since his dad died.Jones calls this a match made in heaven."I just have to thank the football gods for bringing us together," he says, "and making this dream work. This season."I'm ready," Jones says, "to be that workhorse."So far, so good. In late May, in Tampa, he and Brady worked out together for the first time, and Jones couldn't wait to tell Neal he went all week without a single dropped pass.Brady, he believes ... Jones will slide into a high-performance vehicle this season, slam the gas and drive as fast as he damn well pleases."It's going to be scary, man," Neal says.

As said here by Tyler Dunne