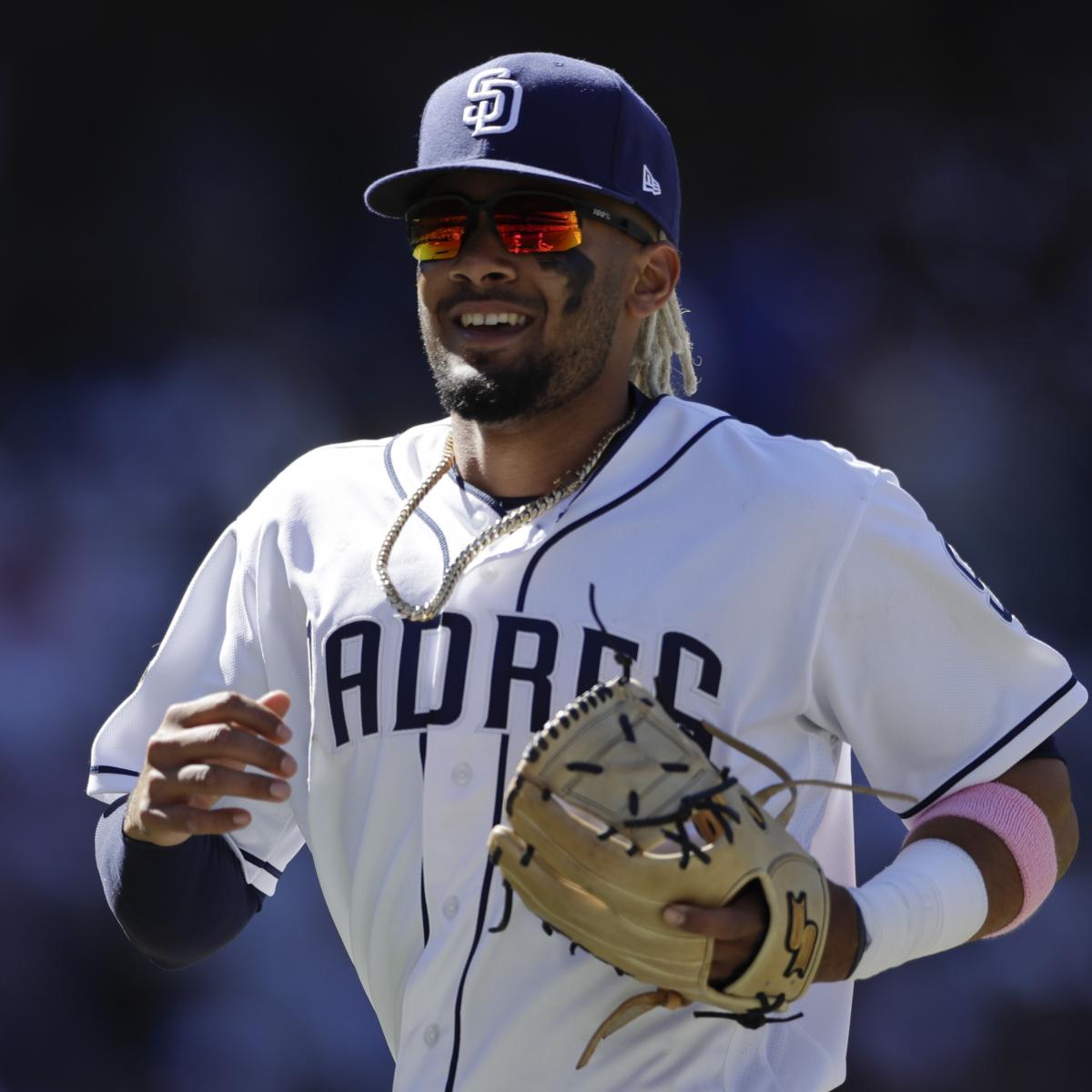 With a 65-grade curveball and solid command, the 2018 second-round pick has posted a 2.45 ERA and 0.98 WHIP with 64 strikeouts in 62.1 innings at Single-A.Top 10 ProspectsGraduated: None              Farm System SnapshotKeston Hiura hit .281/.333/.531 with five home runs over 64 at-bats in his first taste of MLB action earlier this year before he was shipped back to Triple-A in favor of a healthy Travis Shaw.Once Hiura is inevitably called up for good, 2018 first-round pick Brice Turang will be the clear-cut heir to replace him as the team's No. 1 prospect. He's hitting .310 with a .409 on-base percentage and 15 steals at Single-A while showing the defensive skills to be an above-average shortstop.First-round pick Ethan Small should move up as quickly as any college arm in this year's draft class, and his plus command and advanced feel for pitching will allow him to outpitch his stuff.Top 10 ProspectsGraduated: RHP Alex Reyes (2), RHP Dakota Hudson (3)          Farm System SnapshotOnly No. 1 overall pick Casey Mize ranks higher among 2018 draft selections on our Top 100 prospects list than slugger Nolan Gorman, who went No. 19 overall. The No. 4 overall pick immediately became the best bat in the system when the team drafted him and should move through the farm quickly.Harrison (.859 OPS, 14 XBH, 19 SB), Diaz (.900 OPS, 11 2B, 14 HR) and Gallen (1.57 ERA, 0.70 WHIP, 104 K, 86 IP) are putting up stellar numbers at Triple-A, and all three should get a shot in the majors before the season is over.Top 10 ProspectsGraduated: None               Farm System SnapshotWith a long-overdue rebuild set to kick into high gear this summer, all eyes will be on the San Francisco Giants farm system over the next few years.First-round picks Heliot Ramos (2017) and Joey Bart (2018) are the crown jewels of the system, and they could soon be joined by 17-year-old Marco Luciano, who was widely regarded as the best middle infield prospect among last year's international free-agent crop when he landed a $2.6 million signing bonus.The early returns on 2018 draft picks Sean Hjelle (second round) and Jake Wong (third round) have been promising, and both received an early promotion to High-A. Now fully recovered from Tommy John surgery, he has posted a 2.50 ERA with an excellent 45-to-2 strikeout-to-walk ratio in 39.2 innings between High-A and Double-A.Top 10 ProspectsGraduated: SS Cole Tucker (6), OF Bryan Reynolds (8), SS Kevin Newman (9)                          Farm System SnapshotThe Pittsburgh Pirates have graduated a lot of top-tier talent to the majors already this season, and there's a good chance Mitch Keller, Ke'Bryan Hayes and Kevin Kramer will also vacate the prospect world before 2019 comes to a close.That will leave 20-year-old shortstop Oneil Cruz and 2018 first-round pick Travis Swaggerty as the headlining prospects with a lot of high-ceiling players in the lower levels behind them, all of whom are capable of taking steps forward.This year's top pick, Quinn Priester, profiles as the prototypical projectable high school right-hander with a big fastball and a plus curveball. Corbin Carroll is one of the best pure hitters in the prep class, Brennan Malone has electric present stuff and Blake Walston was by far the most projectable left-hander in the class.Last year's second-round pick, Alek Thomas, is off to a terrific start in his full-season debut with a .302/.392/.490 line that includes 12 doubles, four triples and six home runs in 54 games at Single-A.Disappointing starts to the season from Jazz Chisholm and Taylor Widener aside, this is clearly a system on the rise.Top 10 ProspectsGraduated: Christin Stewart (9)             Farm System SnapshotThe Detroit Tigers have the most impressive tandem of pitching prospects in baseball with Casey Mize and Matt Manning both earning a spot inside the top 25 on our updated prospects list, which will be published next week. (1), C Danny Jansen (3)                   Farm System SnapshotAt least in terms of the Toronto Blue Jays' position in the rankings, losing Vladimir Guerrero Jr. to the majors has largely been offset by the emergence of Nate Pearson and Jordan Groshans as elite prospects.The hard-throwing Pearson has a case for being the best pitching prospect in baseball thanks to electric stuff and a torrid start between High-A and Double-A that includes a 1.97 ERA and 63 strikeouts in 45.2 innings.First-round pick Alek Manoah offers as much present stuff and future projection as any college pitcher in the 2019 class, while catcher Gabriel Moreno is hitting .311/.411/.590 and showing strong defensive tools as a 19-year-old at Single-A.Even with the top prospect in all of baseball moving on to the big leagues, this is still an elite farm system with tons of intriguing young talent.Top 10 ProspectsGraduated: 2B/OF Brandon Lowe (7)                   Farm System SnapshotThe Tampa Bay Rays are in the thick of the AL East race despite having the lowest payroll in all of baseball. He'll be 18 years old for the entire 2019 season, and he's hitting .322/.389/.517 with 24 extra-base hits and more walks (25) than strikeouts (18) at Single-A.The fact that Lucius Fox, Shane McClanahan, Nick Solak, Nick Schnell, No. 36 overall pick JJ Goss and No. 40 overall pick Seth Johnson are not listed among the team's top 10 prospects speaks to the remarkable depth of this system.Top 10 ProspectsGraduated: RHP Touki Toussaint (4), RHP Mike Soroka (6)                     Farm System SnapshotAn Atlanta Braves system that was once headlined by high-ceiling arms is now fronted by outfielder Cristian Pache and third baseman Austin Riley.Pache, 20, has a chance to be a Gold Glove defender, and his offensive game has developed faster than expected with a .287/.342/.489 line and 26 extra-base hits at Double-A.