The Kremlin has also seen its invasion backfire geopolitically, with neighboring Finland now on the brink of NATO membership in response to Moscow's aggression.Here's what else is going on:Read full coverage of the war here.Courtney KubeSecretary of Defense Lloyd Austin spoke Friday with his Russian counterpart for the first time since the invasion of Ukraine, the Pentagon said.“Secretary Austin urged an immediate ceasefire in Ukraine and emphasized the importance of maintaining lines of communication,” a readout of the call said.It was the first time that he had spoken with Russian Defense Minister Sergei Shoigu since Feb. 18, the readout added. Russia invaded Ukraine six days later.The call lasted about an hour but did not result in any major breakthroughs, a senior U.S. defense official said."While the U.S. believes it was important to have lines of communication open with the Russians, the call itself didn’t specifically solve any acute issues or lead to a direct change in what the Russians are doing or what they're saying," the official said.Andy EckardtA superyacht belonging to a Russian billionaire was seized in the port of Hamburg, Germany's Criminal Police said Friday.Farkhad Akhmedov, who has been listed by the U.S. Treasury as closely tied to Russian President Vladimir Putin, was identified as the “sole economic owner” of the Luna, police said on Twitter. Earlier this month the State Department determined she was being “wrongfully detained by the Russian government,” a classification that would allow the U.S. government to more aggressively secure her release.Read full story here.ReutersRussia on Friday expelled 10 Romanian diplomats in response to similar expulsions by Bucharest.Moscow’s foreign ministry added that it rejected Romanian attempts to blame Russia for alleged war crimes in Ukraine.In a separate statement, the ministry said a member of the Bulgarian embassy was also being expelled.The moves are part of a series of tit-for-tat expulsions by Russia after more than 300 of its diplomats were kicked out of European capitals in the wake of its military campaign in Ukraine.Yuliya TalmazanReutersUkraine's President Volodymyr Zelenskyy has reiterated his offer to hold direct talks with his Russian counterpart Vladimir Putin. Neutral Sweden is expected to also announce its intention to join in the coming days.The move would double the length of Russia's border with NATO states and provide a significant boost to NATO's capabilities in northern Europe and around the Baltic Sea. Anisha KukrejaThe U.K. has imposed fresh sanctions on family members of Vladimir Putin and his "inner network" that funds his lifestyle, foreign secretary Liz Truss said in a tweet Friday. “Time is of the essence,” Michel wrote in a message posted on Twitter.Borrell also expressed hope of soon getting the bloc’s member states to agree an oil embargo against Russia, despite the misgivings of some countries.ReutersChinese foreign ministry spokesman Zhao Lijian said on Friday that a decision by the U.N. Human Rights Council to set up an investigation into alleged human rights abuses by Russian troops in Ukraine had shaken members’ trust in the body.The U.N. Human Rights Council resolution to set up the investigation passed on Thursday by a strong majority, with 33 members voting in favour and two — China and Eritrea — against.Zhao said during a Friday news briefing that China’s objection was due to the U.N. failing to look at some countries that wage war, while choosing to target others.Max ButterworthYuliya TalmazanRussia’s strategic defeat is already obvious to everyone in the world, Ukrainian President Volodymyr Zelenskyy said in his nightly address to the nation late Wednesday. The picture was taken on May 12, 2022.Yuliya Talmazan and The Associated PressA Russian soldier is scheduled to appear in a Kyiv court Friday for killing a civilian in northern Ukraine, setting up what could beome the conflict's first case of a member of the Russian armed forces being prosecuted for a war crime.Sergeant Vadim Shyshimarin, 21, stands accused of shooting an unarmed 62-year-old man who was riding a bicycle in the northeastern village of Chupakhivka in the Sumy region, Prosecutor General Iryna Venediktova said as she announced Shyshimarin’s case on Wednesday. Its Ministry of Economy, Trade and Industry said Friday that it will place an export ban as part of “its international efforts for ensuring peace in the whole world, for settling this issue.”Following Russia’s invasion of Ukraine, Japan imposed various economic sanctions and froze the assets of influential Russian oligarchs. Max ButterworthReutersForeign ministers from the Group of Seven powerful economies aim to give what Germany called a “powerful sign of unity” as they meet on Friday to discuss the war in Ukraine, fears that the conflict could spill over into Moldova, and food security concerns.The annual meeting running until Saturday brings together top diplomats from Britain, Canada, Germany, France, Italy, Japan, the United States and the European Union to a 400-year-old castle estate in the Baltic Sea resort of Weissenhaus.They will defy Russian attempts to split the world over Ukraine, German Foreign Minister Annalena Baerbock said ahead of the meeting.

As said here by https://www.nbcnews.com/news/world/live-blog/russia-ukraine-war-live-updates-kyiv-first-war-crimes-trial-rcna28668 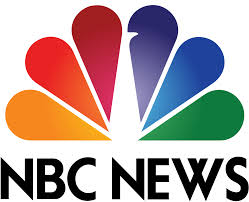