Sikorsky made a helicopter that?s easier to fly than a drone 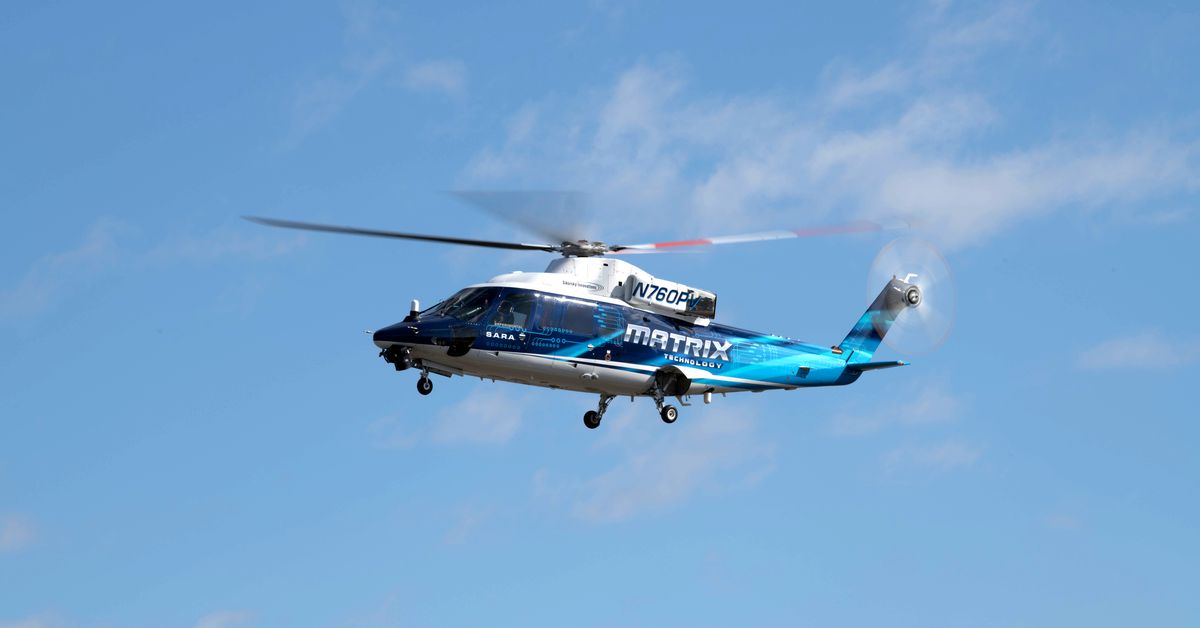 In a few hours, I’ll be in the cockpit of a Sikorsky S-76 helicopter outfitted with the company’s six-year-old Matrix autonomous flight technology, which was born out of a DARPA program, letting a computer take me on a guided tour of the Housatonic River from about 3,000 feet in the air. “We talked about a way to have you fly the helicopter with the [autonomous] system off… and we couldn’t do it safely because you would die, and it would be on the order of 60 seconds,” Van Buiten says with a smile, leaning back in his chair. “Eventually, the computational firepower between your ears runs out,” he says.This is one of the problems Sikorsky is trying to solve by developing autonomous technology for helicopters. (In fact, this week, Sikorsky dreamed up such a situation in a commercial it made with The Spaceship Company and Otis Elevators.) But long before that happens, the company can use the tech to help human pilots who are already in the air.Commercial airplanes have had autopilot functions for years, so you may think that adding autonomy to helicopters is a no-brainer. The Sikorsky Innovations team has taken an RV and turned it into a “mobile ground station” for the autonomous helicopter, which is called SARA (Sikorsky Autonomy Research Aircraft). I also learn that I’ll use those inceptors to manipulate the autonomous flight and, at a few different points, to fly the helicopter myself. So when Ward asks me how I think I should change my airspeed, and I say “push forward on the joystick inceptor,” his face lights up and he claps his hands together, letting out a long “yesss.” What’s clear almost immediately is that while making a helicopter that can fly itself is understandably hard, the task of developing this “human-machine interface,” or HMI as Ward calls it, seems equally daunting. The main way to direct the helicopter to fly somewhere autonomously is to pull up a widget — “the daddy of all widgets,” Ward calls it — and drag it to the point on the map where you want to go. Once you set all of the desired parameters, you tap a box at the top of the tablet screen that says “READY TO EXECUTE.” You can use the widget to set a “fly to” point on the map, and the helicopter will take the simplest, safest route there, constantly scanning its surroundings to make sure nothing gets in the way. Sikorsky is not only trying to make helicopters that can fly themselves, but it’s also thinking a lot about the humans who will still be in the cockpit for many years to come. Van Buiten says the tech has “a lot of potential in Black Hawk,” the helicopter Sikorsky makes for the US Army. “The technology is similar, and the helicopter problem is harder,” he says.It’s easy to imagine Sikorsky’s tech becoming the backbone of an autonomous taxi service someday, but, if anything, my ride with SARA reminded me of how far away a use case like that might actually be.

As said here by Sean O'Kane