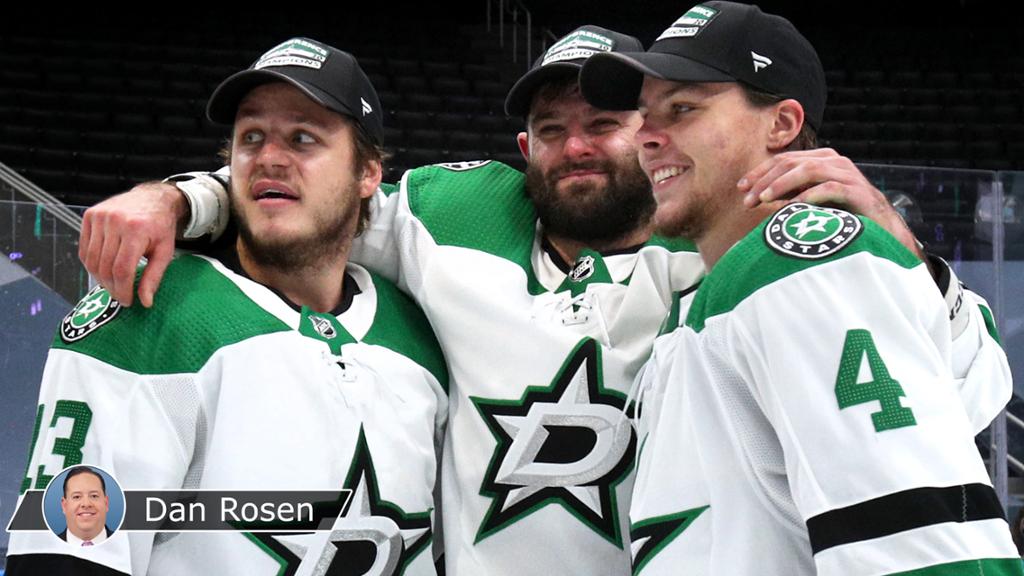 Today, it's on to the final stage."The Stars could learn their opponent in the Stanley Cup Final as early as Tuesday, when the Tampa Bay Lightning can advance by defeating the New York Islanders in Game 5 of the Eastern Conference Final at Rogers Place in Edmonton (8 p.m. ET; NBCSN, CBC, SN, TVAS), the hub city for the conference finals and Stanley Cup Final.Nill, coach Rick Bowness, assistants John Stevens, Todd Nelson, Derek Laxdal and Jeff Reese, and likely many more from the Dallas contingent will be at the game, in the team suite, taking it in, scouting, and likely hoping the Islanders can push the series to another game, and another one after that, too.It'll be more time together, more of a chance to talk about everything still to come and everything the Stars already been through since July 26, when they arrived in Edmonton."I think it changed our team," Nill said of living in the bubble. We've stuck together and we've grown from it."Video: NHL players, employees take excursions in hub citiesNill said he noticed subtle examples of that in the lounge after the Stars came back from being down two goals in the third period to defeat and eliminate the Golden Knights in Game 5.He said he saw two rookies, center Ty Dellandrea and defenseman Thomas Harley, sitting with and playing cards with captain Jamie Benn and center Tyler Seguin. He scored a hat trick, including the winning goal in overtime, to send the Stars to the conference final.He delivered again Monday, scoring the game-tying goal on the power play at 16:13 of the third period, setting the stage for forward Denis Gurianov's series-winning goal at 3:36 of overtime."We're all part of this team and this will be an organizational win, not just one guy individually," Seguin said. NHL, the NHL Shield, the word mark and image of the Stanley Cup, the Stanley Cup Playoffs logo, the Stanley Cup Final logo, Center Ice name and logo, NHL Conference logos, NHL Winter Classic name, and The Biggest Assist Happens Off The Ice are registered trademarks and Stanley Cup Qualifiers name and logo, NHL.TV, Vintage Hockey word mark and logo, The Game Lives Where You Do, NHL Winter Classic logo, NHL Heritage Classic name and logo, NHL Stadium Series name and logo, NHL All-Star logo, NHL Face-Off name and logo, NHL.

As said here by Dan Rosen