State of the Union: The economy under President Trump, by the numbers 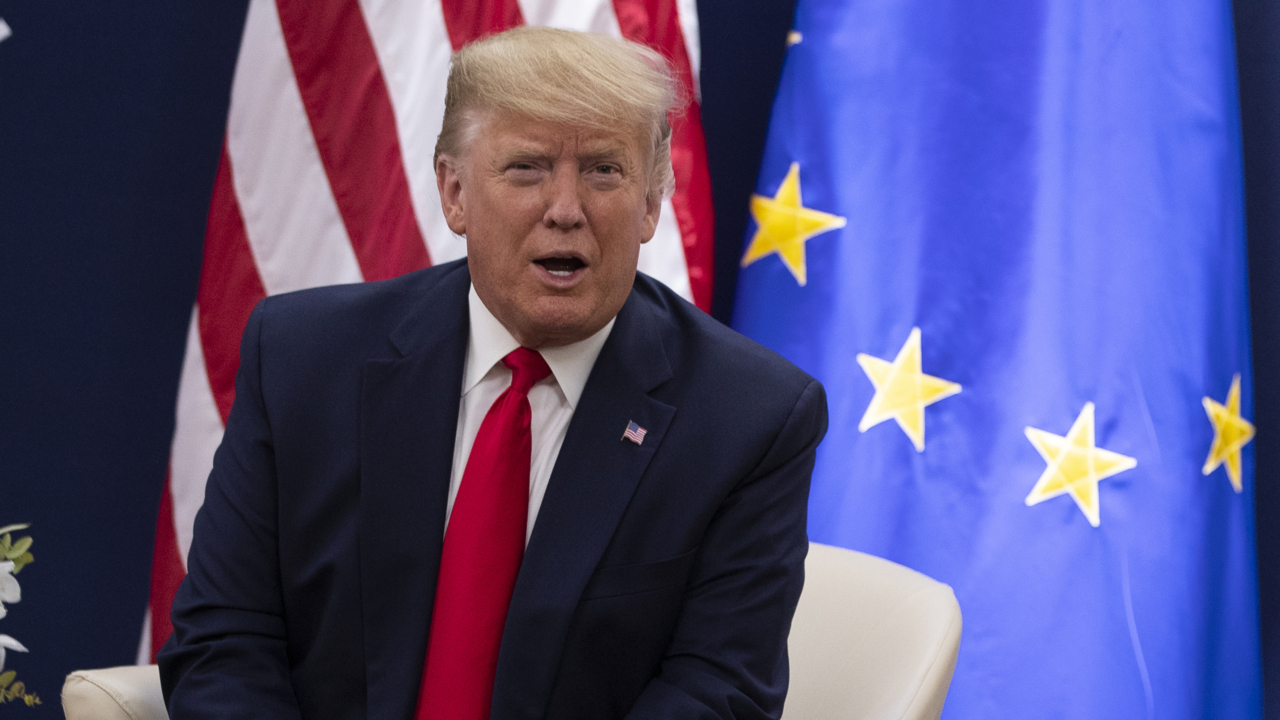 Both have slowed in the past decade.Economic growth was 2.3 percent in 2019, matching the average pace since the Great Recession ended a decade ago in the first year of Barack Obama’s eight-year presidency.During the 2016 campaign, Trump boasted that his tax cut plan would boost annual growth to 4 percent a year — a brisk pace not seen since the late 1990s.Instead, Trump is one of two presidents, along with Obama, since World War II not to have presided over a year of at least 3 percent growth.Few economists think the economy will hit that target this year.TAXESMost analysts do think Trump’s tax plan helped accelerate growth, just not the way he had promised.“The Trump tax cuts were a sugar high that juiced the economy temporarily,” said Ryan Sweet, an economist at Moody’s Analytics.It put more money in Americans’ pockets, boosting consumer spending.The economy grew 2.9 percent in 2018, a healthy pace though the same as in 2015, the year before Trump’s election.The administration had vowed, though, that the tax cuts would do more than just encourage Americans to shop more.The president’s top economists had said the tax cuts would accelerate corporate investment in machinery, computers and plants and office towers. That, in turn, has hurt manufacturers of farm equipment, including Deere and Caterpillar.“Everyone says the economy is going great guns, but that is everything except agriculture and manufacturing,” Goss said.What’s more, most campaign battleground states in the Midwest, such as Michigan, Pennsylvania, Ohio and Wisconsin, have lost factory jobs in the past year.Most manufacturing job growth under Trump’s presidency has occurred in Southern and Western states, said Dean Baker, senior economist at the liberal Center for Economic and Policy Research.With fewer union members in those states, those factory jobs generally pay less.In fact, manufacturing jobs, once a safeguard of the postwar middle class, now pay less on average than private-sector jobs overall, Baker said.CLICK HERE TO GET THE FOX NEWS APPMore people have come off the sidelines and found jobs, however, defying most economists’ predictions.

As said here by Frank Miles