Tensions flare as Democrats struggle to respond to Omar controversy 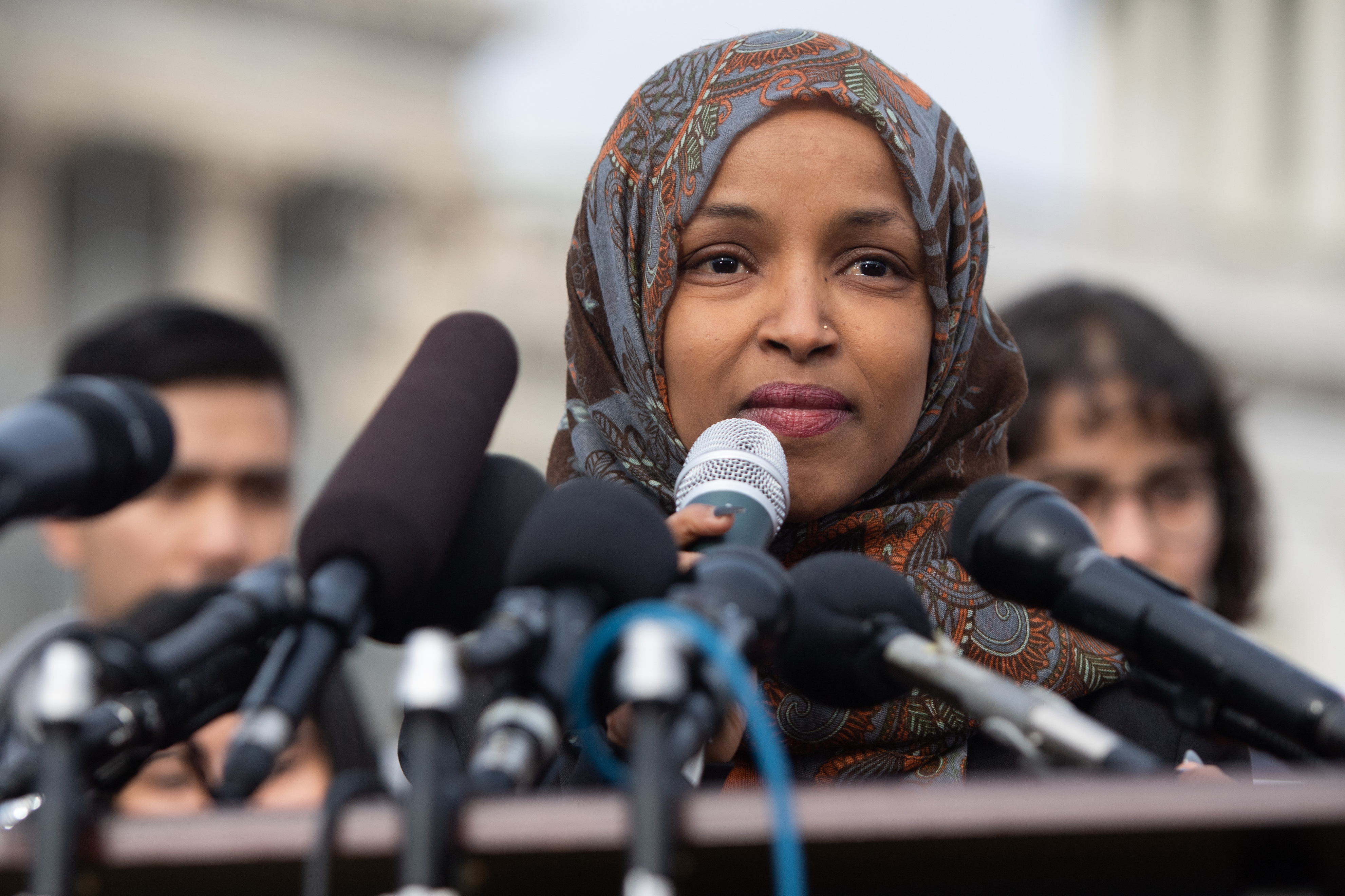 By HEATHER CAYGLE, JOHN BRESNAHAN and SARAH FERRIS Omar did not speak in the meeting, multiple sources said, although she was spotted chatting with some Democrats one-on-one and received hugs from others.Democratic leaders, including Pelosi, are attempting to soothe relations within the caucus after abruptly halting plans to vote on a measure condemning anti-Semitism, which some lawmakers complained would had gone too far in targeting Omar.The House Foreign Affairs Committee is now rushing to rewrite that resolution to condemn hate speech more broadly to win over a group of lawmakers — including progressives and lawmakers of color — who have rushed to Omar’s defense.“It’s not just the Congressional Black Caucus. “We want to make clear that we stand against the general rise of hatred.”Members of the Congressional Black Caucus left their weekly meeting later Wednesday questioning why they had yet to see the text of a proposal indirectly reprimanding one of their own members that might hit the floor as soon as Thursday.Bass called their meeting “spirited.” She and several other senior members of the CBC had a lengthy discussion with Pelosi on the floor later WednesdayBass, as well as Rep. Pramila Jayapal (D-Wash.), who leads the Congressional Progressive Caucus, were adamant Wednesday they would not support any resolution that specifically named Omar — something that several Jewish Democrats had privately pushed for in the resolution.Several members from those caucuses also said they thought the measure as drafted, which did not did not specifically name Omar, was an unfair rebuke.“We need to have an equity in our outrage,” said Rep. Ayanna Pressley (D-Mass.), a close friend of Omar’s and a member of both the CBC and CPC. By DARREN SAMUELSOHN and ANDREW DESIDERIOMeanwhile, House Republican leaders on Wednesday morning reiterated their calls for Democrats to remove Omar from her spot on the Foreign Affairs Committee.The panel’s Jewish chairman, Rep. Eliot Engel (D-N.Y.), had previously derided Omar’s “vile, anti-Semitic slur,” though he said Wednesday morning he would not support ousting her from the committee.Republicans have tried to paint a contrast between how Democrats and Republicans have responded to controversies involving one of their own, with GOP leaders repeatedly highlighting how they kicked Rep. Steve King (R-Iowa) off his committee assignments after he made racist remarks in January.“Representative Omar embodies a vile, hate-filled, anti-Semitism, anti-Israel bigotry,” said GOP Conference Chairwoman Liz Cheney (Wyo.), one of the first Republicans to call out King.Privately, some Jewish lawmakers are still fuming about Omar’s latest comments, which come after she has already apologized for other remarks criticizing the political influence of pro-Israel activists.In the closed-door meeting Wednesday, Pelosi tried to shift the blame for the firestorm over Omar in part to the press, and repeatedly stressed party unity in the public eye.Pelosi quipped of the press, “If you say the bacon is not crispy enough, they'll have an article about this unrest and unease in the Democratic Party.”Multiple other Democrats urged their colleagues to stay off Twitter — where some lawmakers, including Reps.

As said here by HEATHER CAYGLE