The 10 Best Trade Chips in the NBA Right Now 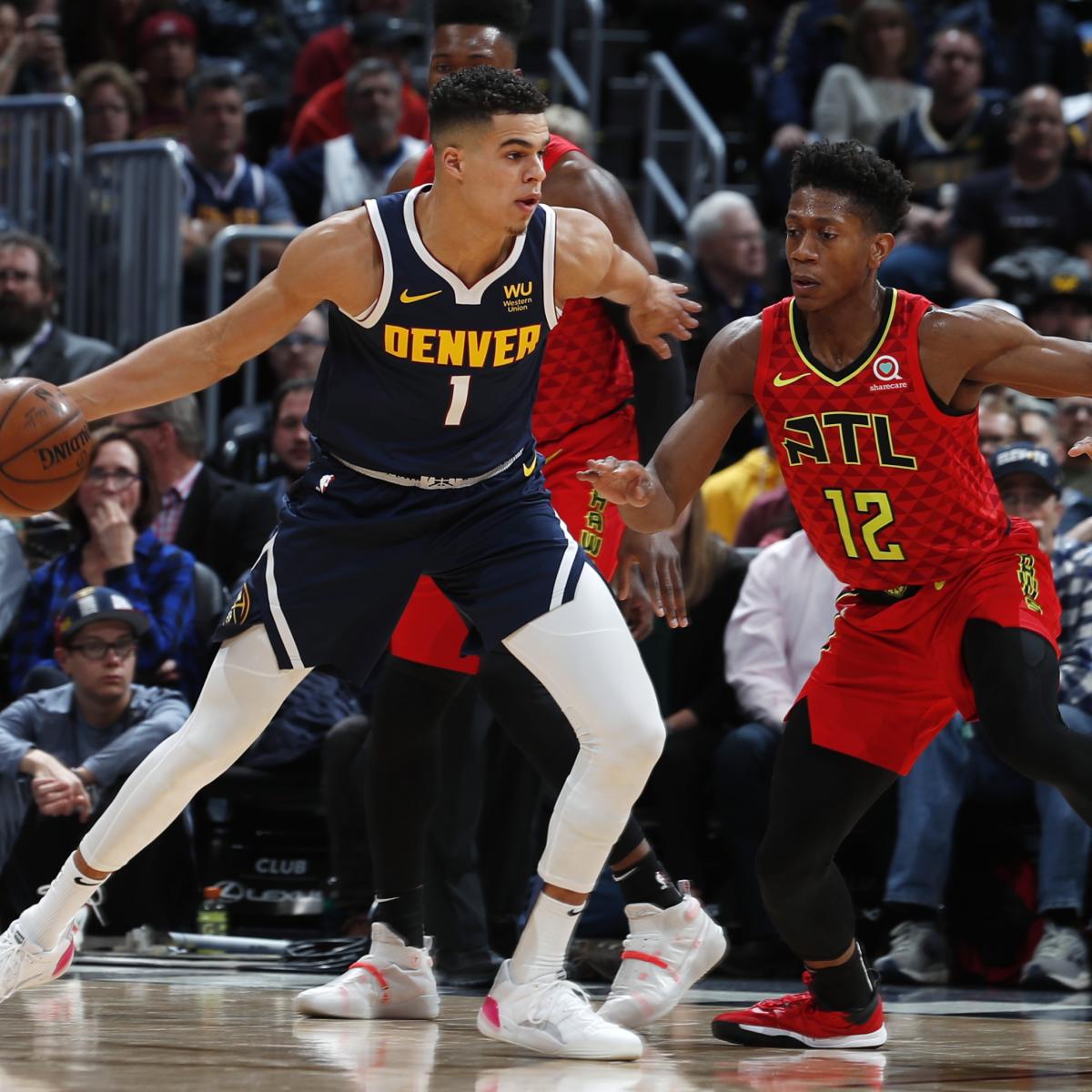 But while realistic trade chips, they&apos;re too difficult to measure in value this far out.However!Incoming draft picks from other teams are fair game. Or in a trade that bags both Victor Oladipo and Myles Turner and includes a third team?Phoenix would also be an interesting destination for Pascal Siakam in the event the Toronto Raptors make a play for Harden and the Houston Rockets prefer picks and young players over a maxed-out 26-year-old.Tyler Herro&apos;s value is very much in the eye of the beholder. Hunter has two more years left on his rookie-scale deal, and every team is in the market for building-block wings.More than Kevin Huerter or even John Collins, both of whom will require new contracts sooner, Hunter gives Atlanta the baseline for a star-landing trade offer—assuming the right star, likely a much higher-end perimeter player not named James Harden, becomes available.Caris LeVert is not your typical blockbuster-trade magnet. He&apos;s not necessarily going to pass guys open, but he will find them if they are, and the havoc he incites off the bounce gives everyone more room to shoot and maneuver.Dangling him alone won&apos;t get the Nets a star like Bradley Beal or James Harden. But he&apos;s still a potential gem, if not star, prospect who has three years left on his rookie scale, valued at an unfathomably low $9.7 million.Between him, Shake Milton, Matisse Thybulle and future picks, the Sixers might actually have the firepower to pursue a big-time acquisition without sacrificing Simmons or Joel Embiid. Beal and Harden would be well out of reach, if only because the four years and $112 million left on Tobias Harris&apos; deal is their best salary-matcher.But Maxey looks special enough that he could, in theory, allow the Sixers to act as buyers rather than contract-dumpers in any Harris package.Michael Porter Jr., who remains in the NBA&apos;s COVID-19 health and safety protocol indefinitely, might be the most tantalizing trade chip in the league.Spotty durability works against him, leaving the door open for someone (or something) else to seize that honor. Golden State may need to make an all-in trade if it&apos;s going to reopen the title window around Curry, Thompson and Draymond Green.Wiseman&apos;s star potential and rookie-scale contract—he&apos;s owed just $30.9 million over the next three years—is among the only ways this team can go star-hunting. The Timberwolves are so far winning the minutes Karl-Anthony Towns plays, but if they can&apos;t escape the No. 15 or No. 14 spot in the West by the trade deadline, they may fire up the tank in the hopes of retaining this selection and reloading with another might-be star before 2021-22.Neither the Warriors nor prospective sellers to which they may offer this pick should care. Having one of the league&apos;s three worst records would only give the Timberwolves a 40.1 percent chance of landing a top-three selection.This remains the type of asset that can function as the crown jewel of a blockbuster trade, in no small part because the 2021 draft is loaded with possible star power.The question here is the same it was for the Warriors&apos; stance on James Wiseman: Are they good enough to justify surrendering such a monstrous trade chip? Golden State has an obligation to win now—or, at the very latest, next season.If the chance to go after Bradley Beal, James Harden or another top-20 player presents itself, the Warriors have to at least consider it, and you better believe this Minny pick will be at the forefront of any such discussions.Let&apos;s recap the New Orleans Pelicans&apos; treasure trove of first-rounders, shall we?Only the Thunder have a better draft-pick stash. They don&apos;t. They have comfortably more than $15 million in wiggle room even after signing Taj Gibson, allowing them to complete more lopsided deals or more easily take back an unsavory contract in addition to a red-carpet draw.Good luck figuring out whether the Knicks have the motivation or, more critically, other assets to pull off a blockbuster.Neither RJ Barrett nor Mitchell Robinson qualifies as a blue-chip prospect when measured against the same bar as Tyler Herro or Michael Porter Jr., and it&apos;s way too early to give rookie Obi Toppin, who has appeared in one game, that type of designation.New York&apos;s future picks will also have limited appeal if it&apos;s trying to land a top-25 player.

As said here by Dan Favale