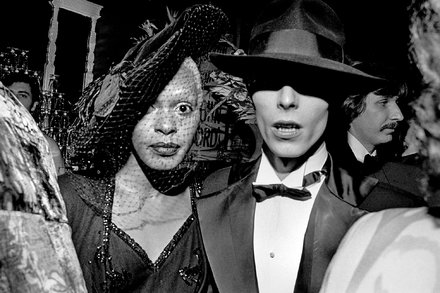 Here comes a big new picture book, organized by decade and with more than 700 photographs.Row royalty: Left to right, Carlyne Cerf de Dudzeele, Anna Wintour, and Suzy Menkes.CreditCreditThe Bill Cunningham Foundation LLCSupported byText by Alex WardThe reason Bill Cunningham’s photographs for The New York Times quickly morphed from occasional small street fashion or society-affair feature into an enormously popular weekly visual column called On the Street was simple. Tiina Loite, who edited “Bill Cunningham: On the Street,” the new book from Clarkson Potter from which these images were chosen, was the Style photo editor in the 1990s and 2000s, which could be described as his breakout period. “Gotta get snappin’ and crackin’,” he’d say, “lots going on out there and I don’t want to miss it.” Not many of us really knew a lot about Bill until the documentary “Bill Cunningham New York” was released in 2010. “He didn’t care about food or drink — believe me, I went to his apartment on several occasions and I’ll tell you, the only thing in his refrigerator was film,” she said.Ms. Nemy also recalled Bill’s strong reluctance to ever accept favors, large or small, which Anna Wintour confirms in a warm essay in the new book, recalling numerous offers of a ride, which he accepted only once, when he could not budge his bicycle in a snowstorm. He found the subject embarrassing.” The arrangement didn’t last long, and Bill returned to freelancing until 1993, when he suffered serious injuries in a bicycle accident and quickly came back to the fold.According to Enid Nemy, “Bill had three main interests: fashion shows, big charity parties and, most enduringly, what people were wearing on the street. But as far as stuff goes, kids, it’s not too bad.Alex Ward, who was the longtime editorial director of book development for The New York Times, retired from the company earlier this summer.Reprinted with permission from Random House, from the book “Bill Cunningham: On the Street” by The New York Times Company.Advertisement

As said here by BY ALEX WARD