The battery decade: How energy storage could revolutionize industries in the next 10 years

Along the way entire ecosystems will grow and develop to support a new age of battery-powered electricity, and the effects will be felt throughout society.If electric vehicles grow faster than expected, peak oil demand could be reached sooner than expected, for instance, while more green-generated power will alter the makeup of the electricity grid.In a recent note to clients, Cowen analysts said that the grid will "see more changes over the next ten years than it has in the prior 100."The growing energy storage market offers no shortage of investing opportunities, especially as government subsidies and regulations assist the move towards clean energy. For example, Sunrun is the largest residential solar company in the United States, while NextEra Energy is one of the country's largest renewable power companies and is currently building out its utility-scale storage.As scientists alter the chemical makeup of batteries and companies make bets on what could be the next breakthrough technology, Dan Goldman, founder at clean tech-focused venture capital firm Clean Energy Ventures, said that areas like innovative battery management systems are a good bet for investors since they can work with any battery technology."Capturing the massive economic opportunity underlying the shift to controls and battery-based energy systems" requires that not only planners, policymakers and regulators but investors "take an ecosystem approach to developing these markets," researchers from Rocky Mountain Institute wrote in Breakthrough Batteries: Powering the Era of Clean Electrification.Battery technology in its simplest form dates back more than two centuries. And continued production and improving efficiencies are set to make prices drop below the $100/kWh price by 2024, BloombergNEF found, which is significant since that's the industry consensus for when electric vehicles will reach price parity with internal combustion engine vehicles."Although the concept of electric vehicles is not new, what is different in this automotive cycle is the availability of reliable and low-cost batteries that possess excellent energy and power capabilities in a practical form factor," Cowen analyst Jeffrey Osborne said in a recent note to clients.Worldwide sales of plug-in electric vehicles — which includes battery-powered electric vehicles and plug-in hybrid electric vehicles — hit 1.98 million in 2018, according to the International Energy Agency, bringing the total number of electric vehicles on the road to more than 5.1 million. This is especially true as falling solar prices, coupled with government subsidies, have encouraged consumers to switch to renewable sources of power.In a November note to clients JMP's Osha said that SunRun, which offers solar and storage options, looks poised for an "excellent 2020," in part because of the growth potential from the company's storage business."The uptake of storage is notable both at RUN and across the industry – residential batteries have gone from being a curiosity to an increasingly common part of a new residential solar installation," he said.Tesla is another company that offers solar and storage with its Powerwall battery, which Baird analyst Ben Kallo said is currently an "undervalued" part of the company, but one that he expects to become "a larger area of focus as margins expand and deployments grow."While both of those companies also offer solar installation, other companies, like Enphase Energy, offer batteries that integrate with existing solar systems. In a recent note to clients Credit Suisse called it one of their top investment ideas, based on NextEra's "heavy exposure to the fast-growing renewables industry" and "world-leading large-scale renewable development business." Other names offering energy storage include Pennsylvania-based EnerSys, as well as Pinnacle West Capital Corporation, which in February announced plans to add 850 megawatts of battery storage in Arizona over the next 5 years.Currently, the largest lithium ion battery installation is located in South Australia and powered by Tesla.

As said here by Pippa Stevens 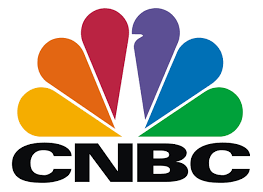